Out of the office, but checking email and…co-working 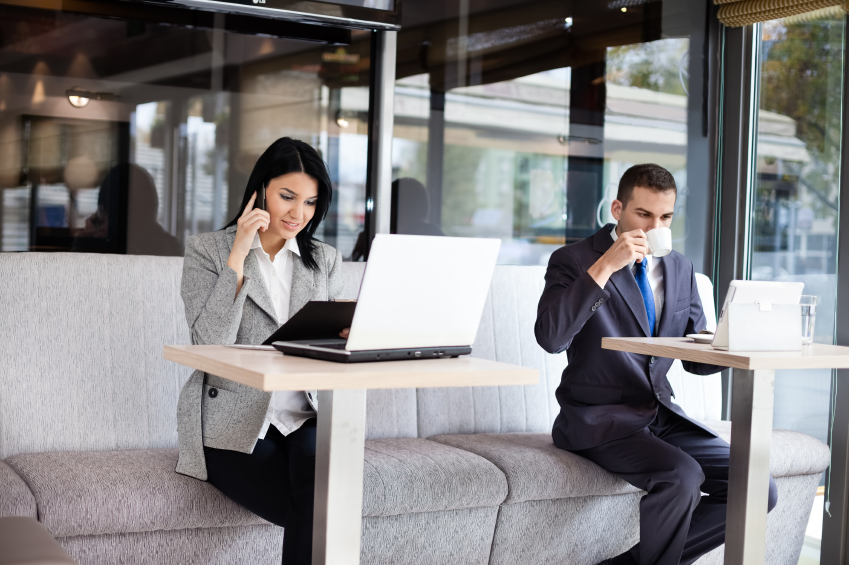 ANN ARBOR—Cloud technology and wider use of freelancers has more people working from home, remotely or even from coffee houses.

Being away from the rigid hierarchy of office cubes suits many, but some miss collaborating with colleagues. Enter co-working spaces: locations where freelancers and remote workers can do their jobs, share ideas or just talk during breaks.

Research from Gretchen Spreitzer and Lyndon Garrett of the University of Michigan Ross School of Business shows co-working helps isolated workers thrive and be more productive.

Co-working spaces are open and designed to enhance both productivity and encounters, either social or professional, they say. The lack of collaboration was cited as a reason Yahoo CEO Marissa Mayer called remote workers back to the office.

“If you give people freedom but not a mechanism to interact with each other, they’ll just be in their own little world doing their own task,” said Spreitzer, a professor of management and organizations and an expert on how organizations can help people thrive at work.

“So Marissa Mayer was right, in a sense. Without interaction, you’re going to have lower productivity and less collaboration. But I think there’s a happy medium. There are solutions that don’t require everyone to be in the office all the time.”

Some companies are looking at ways to reap the benefits of co-working. One example is GRid 70 in Grand Rapids, Mich., which brings together employees from several different companies to work together in an open space, sharing good ideas and practices across industries.

The rise of co-working shines a light on what the next generation of employees expects from work, the U-M researchers say.

“As social groups like clubs and bowling leagues lose members, work organizations really become the main area of life where people feel a part of something,” said Garrett, a doctoral student at Ross. “But companies aren’t used to filling that need. There’s rigid hierarchy, competition and politics. Co-working shows how you can create a sense of community and productivity.”

Spreitzer and Garrett were joined by Pete Bacevice on the co-working research. He received a doctorate in education from U-M and is now a New York-based design strategist and workplace researcher.