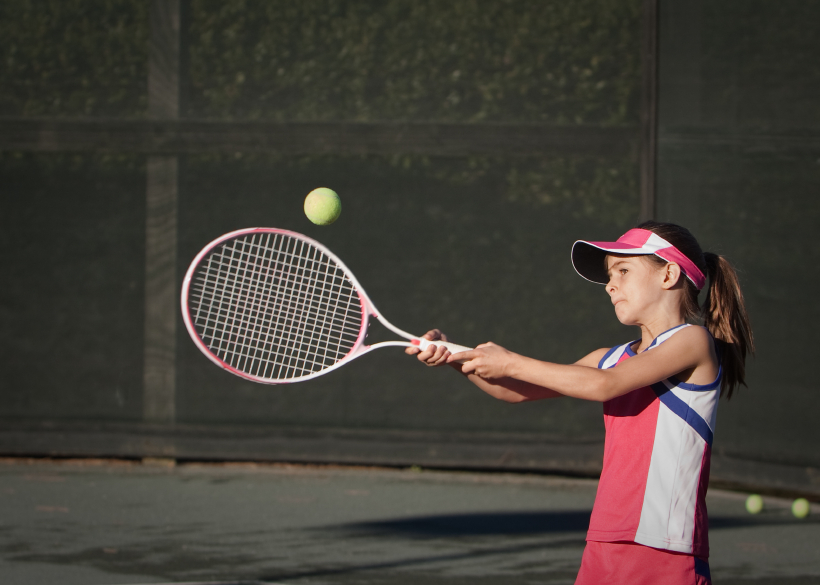 ANN ARBOR—Parents with the most traditional beliefs about masculinity and femininity are likelier to view pay-to-play sports fees as too high for daughters compared with sons, a new study from the University of Michigan School of Kinesiology suggests.

“Overall, gender role belief played a small but significant role in parents’ appraisals of the benefits of sports for girls versus boys,” said Kathryn Heinze, assistant professor of sport management. “On a large scale, even these small differences could potentially manifest in reduced opportunities for young female athletes.”

But there’s good news: In many cases, how parents feel about gender roles doesn’t lead to reduced opportunities for girls, Heinze said. Other studies have shown that if a child loves an activity, the parents typically support it.

“You could think about, though, situations that exist where perhaps it’s a choice between sports and music, or maybe money is tight in the family,” Heinze said. “How parents feel about sports for their daughters may tip the scale in those situations. That is, of course, fine—parents should have influence, but we would want that influence to be unbiased in terms of gender.”

In conjunction with the C.S. Mott Children’s Hospital National Poll on Children’s Health, researchers surveyed a sample of 814 parents in 2012 to examine the relationship between parents’ gender role beliefs, views on the benefits of the monetary value of sports and types of sports their daughters play. The average cost to play a sport is $93 weekly, and 21 percent paid $150 or more.

Roughly 37 percent of parents held traditional beliefs about masculinity and femininity as defined in the study.

To define traditional and progressive belief systems, researchers asked study participants how they felt about statements associated with male or female activities or behaviors. Two sample statements include: “A woman should be as free as a man to propose marriage” or “If families can afford it, women should stay home with their children instead of working.”

Overall, 19 percent of girls participated in so-called masculine sports and 69 percent had parents with progressive gender role beliefs. So what do these numbers mean for young female athletes? Studies in the 1990s found fairly large differences in parental views about the appropriateness of sport for girls versus boys. 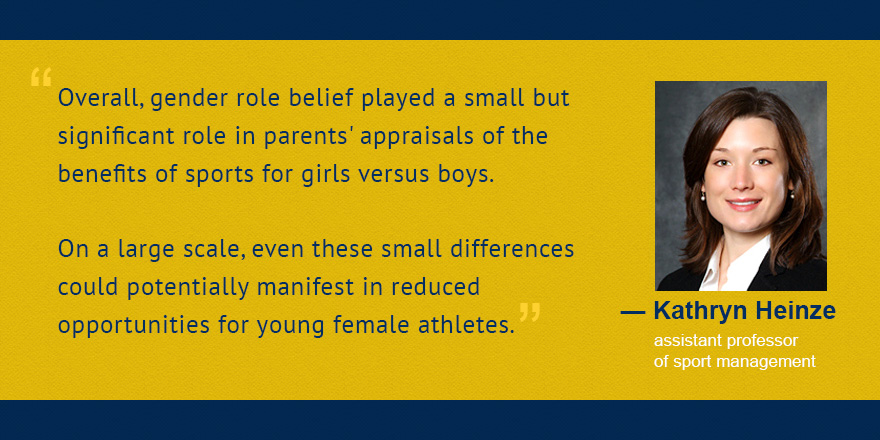 “That we found the same, albeit smaller, differences suggests that the gender bias gap in sport may be decreasing, but likely still exists,” Heinze said. More female role models and successful female athletes will continue to help dispel notions that certain sports are masculine or feminine, or that one sex benefits more from participating, she said.

Feb. 4 is the 29th annual National Girls & Women in Sports Day. A panel of Olympic athletes and experts will convene on Capitol Hill to discuss the importance of girls and women in sports and expanding athletic opportunities.

The research was funded by the U-M Sport, Health, and Activity Research and Policy Center, the Institute for Research on Women and Gender, the School of Kinesiology, and the Women’s Sports Foundation.

Co-authors include Justin Heinze of the U-M Department of Health Behavior and Health Education, School of Public Health; and Dr. Matthew Davis, Amy Butchart, Dianne Singer and Sarah Clark from the Child Health Evaluation and Research Unit and the Department of Pediatrics and Communicable Diseases, School of Medicine.