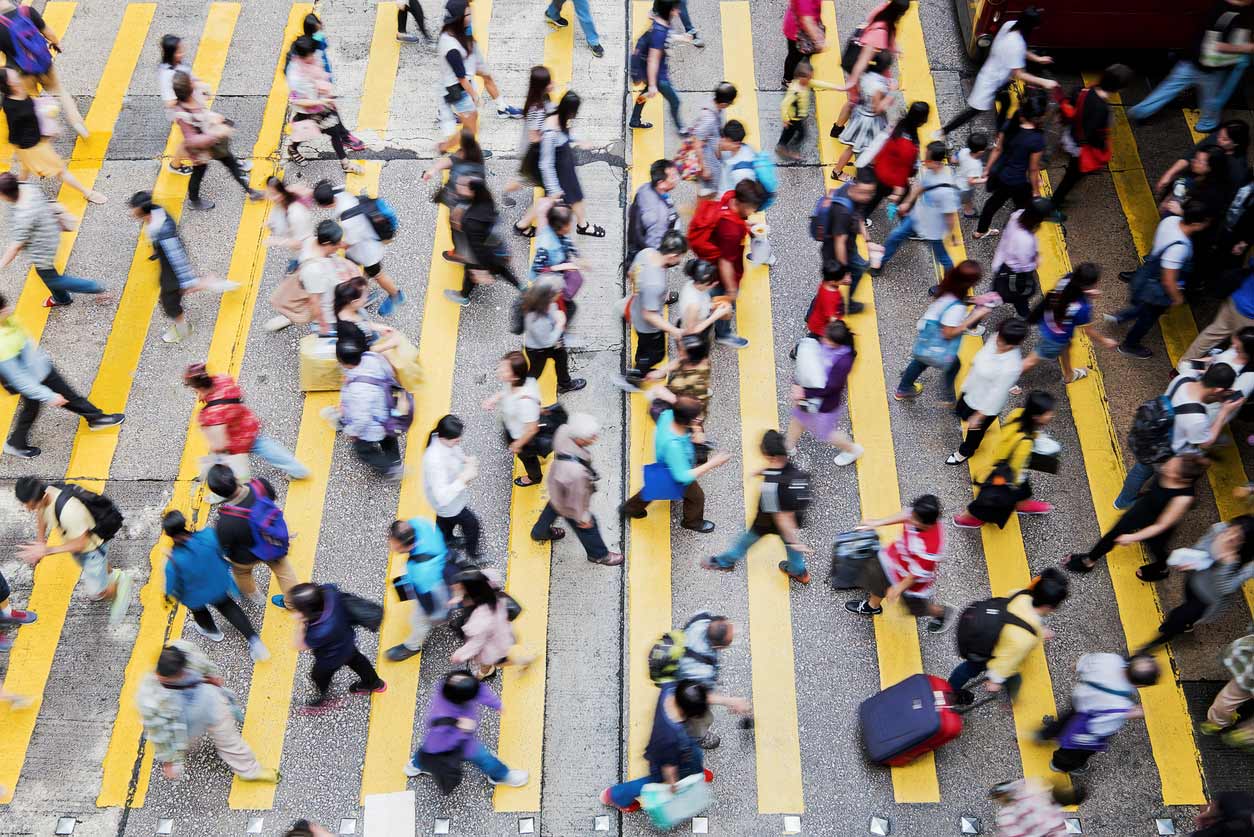 ANN ARBOR—The crowds, competition for fewer resources and high cost of living can cause some people to think twice about residing in densely populated areas.

But a new study by researchers at the University of Michigan and Arizona State University indicates these areas can lead people to take a slower approach resulting in benefits later in life.

In six studies that examined the psychological effects of population density, people living in crowded environments showed a psychological profile known as a “slow life strategy,” which includes planning for the future, investing more in education, preferring long-term romantic relationships, getting married later and having fewer children.

Oliver Sng, a postdoctoral research fellow in U-M’s Department of Psychology, said the slow strategy helps individuals adapt to high levels of social competition. The result are behaviors that have higher returns in the future, but little or no immediate benefits. On the other hand, a “fast life strategy” focuses on the present when the future is less predictable and survival is less certain, he said.

“The social density of people’s living environments might shape their behaviors in ways they may not expect, such as leading them to plan more for the future,” said Sng, the study’s lead author.

Research has been absent in the last decade on the psychological effects of population density—which is the population size by land area—and how living in crowded environments might influence many aspects of people’s behavior.

In the current studies, which were conducted between 2014 and 2016, researchers focused on global and national data, as well as experiments with both college students and older adults.

Researchers gathered data on population density, plus other findings on sexual habits, life expectancy and child rearing from various databases. People living in dense nations and in dense states across the U.S. planned more for the future, had fewer children, low rates of early birth, were more likely to send their kids to preschool, and had higher life expectancies, the study showed.

In the experiments, both college students and older adults were asked about their mating and parenting preferences, after reading an article about increasing population growth in the U.S.

The college students shifted toward a slower mating strategy under perceptions of increasing density. They wanted a few committed relationships, instead of many casual ones. By comparison, the older adults who believed the population increased preferred to have fewer children and to invest more in each child.

Sng collaborated with ASU researchers Neuberg, Michael Varnum and Douglas Kenrick. The findings appear in the online issue of the Journal of Personality and Social Psychology.