ANN ARBOR—Recycling wasn’t at all the ubiquitous thing it is today when Elisa Seltzer stepped into a collection yard in Ann Arbor for the first time, more than 30 years ago.

It was a yard at Recycle Ann Arbor, where after graduating from what is now the University of Michigan’s School for Environment and Sustainability, Seltzer had her first job—a curbside recycling coordinator.

In that job, she worked to spread the word about the benefits and impact of recycling, a one-woman operation for a time. She drove the curbside collection truck, dug through piles with a shovel, sorted them, operated a forklift and handled the baler for the boxes and other paper that was prepared to become something more than landfill waste. 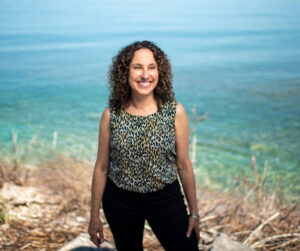 In the process, she was laying the green foundation of a career in an industry where she is now regarded as a pioneer—a career that’s left a trail of benefits and impact on towns she’s touched.

Seltzer’s reputation as a leader was cemented during her time in Emmet County in northern Michigan, where she was named the first public works director in 1990.

She built a recycling and waste facility that has created jobs and revenue for the county of 33,000 (as much as $1 million a year) as it collects 11,000 tons of materials annually—95% of it supplies Michigan businesses, leaving an impact across the community and state.

The facility has made Emmet County the gold standard when it comes to zero waste and a shining example of how to recycle right.

“Elisa Seltzer started this whole thing,” said Andi Shepherd, current director of Emmet County Public Works. “When she was first here it was just one little transfer station, so she’s literally built everything from the ground up.”

What she built with much collaboration of local leaders and residents went on to become a model for recycling for communities around the country. When she left the job in early 2019, she left Emmet County with an impressive 42% recycling rate. The national average is 35% and Michigan’s is 15%.

“Petoskey, and Emmet County in general, is just very proud of this recycling center,” said Carlin Smith, president of the Petoskey Regional Chamber of Commerce. “They’ve created something that’s now replicated all over. They’re providing jobs and creating a commodity that they can sell and then give back to our economy.”

She won over the locals who could see the benefit and impact that would come from building the facility and promoting recycling and reusing.

“The big job when I started was making a case for recycling in the county,” Seltzer said. 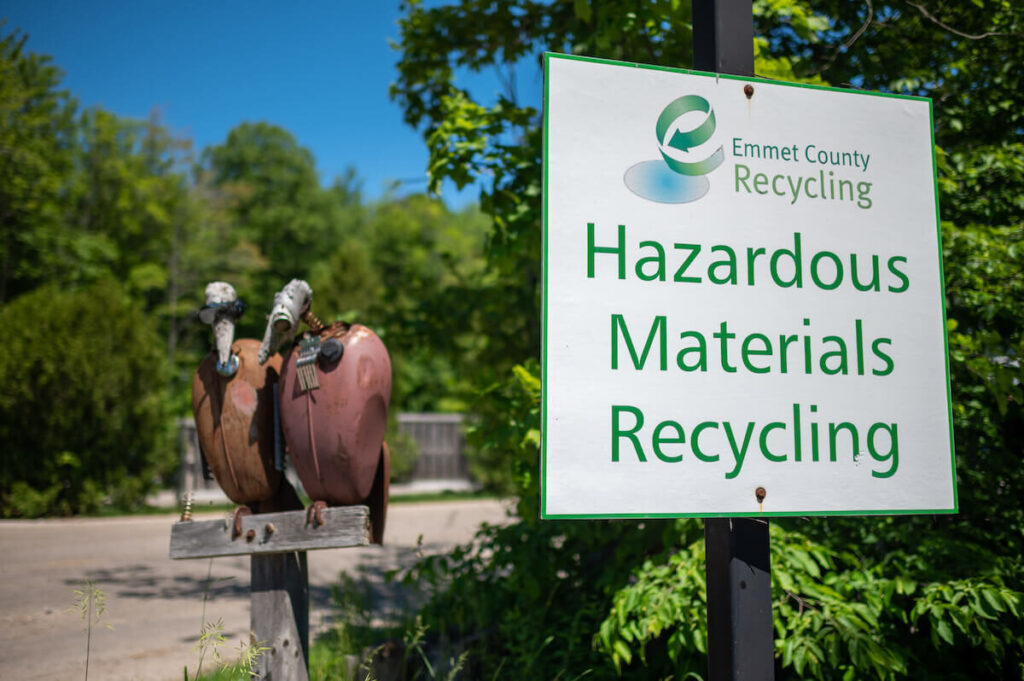 As her experience piled up and the public interest and participation in recycling gained steam, Seltzer began to export knowledge on Emmet’s success to others. Eventually, her expertise led her to leave Emmet and become a senior consultant for Resource Recycling Systems, where she is in a position to help others increase their recycling rates.

Recycling, waste diversion and other ways of limiting waste and repurposing are becoming even more critical since China ceased importing the United States waste, forcing the U.S. to find solutions. Add in concerns over waste’s role in climate change, and communities are faced with big decisions.

“We have to do these things better and quicker and now,” Seltzer said.

While Seltzer, a graduate of what was then the U-M School of Natural Resources and Environment, is showing others how to do what Emmet did—the impact on Emmet County is still being felt and likely will be for years.

“This school is all about how we steward our environment and how we achieve sustainability, and that’s a huge challenge and it’s getting harder and harder,” said Jonathan Overpeck, dean of the U-M School for Environment and Sustainability.

“And some of our alumni, like Elisa, are just shining examples of what the students can do once they leave this school.”