The federal government recently released the Climate Science Special Report, part of the Fourth National Climate Assessment. The special report finds that global temperatures continue to rise, and concludes that it’s “extremely likely that human activities, especially emissions of greenhouse gases, are the dominant cause of the observed warming since the mid-20th century.”

University of Michigan experts are available to discuss the report. 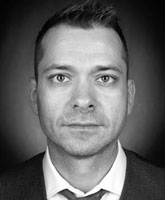 Árvai is a member of the National Academy of Sciences Board on Environmental Change and Society and chaired the NAS panel charged with informing the Fourth National Climate Assessment process. He also served six years on the Environmental Protection Agency’s Science Advisory Board, which is tasked with providing scientific advice to the EPA administrator.

“We now live in the warmest global environment in the history of human civilization. And all signs point to even more warming in the United States, and the risks that come along with it: more poverty and inequality and more risk from natural disasters like droughts, hurricanes, floods and fires. More coastal cities and communities lost to sea level rise and erosion. More money lost by American workers and businesses who can’t cope with a rapidly changing economic and natural environment,” he said.

“Meanwhile, our political leaders tell us that climate change isn’t real, that it’s a liberal hoax or scientific conspiracy. It’s neither. The only legitimate question before us—regardless of what current political leadership in the United States is telling us—is not about the legitimacy of the science. The only question is: What are we willing to do about it? The United States is like a patient with early-stage heart disease. We can either choose to make changes to our current lifestyle in order to ensure a higher quality of life in the future, or we can continue to binge our way toward an earlier-than-necessary exit.” 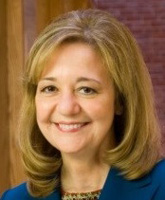 Rosina Bierbaum, professor of natural resources and environment at the School for Environment and Sustainability, is an expert on environmental policy, sustainable development and climate change adaptation.

Bierbaum chairs the Science and Technical Advisory Panel of the Global Environment Facility. She served on the Obama Administration’s President’s Council of Advisors on Science and Technology; was the lead author of the climate adaptation chapter in the Third U.S. National Climate Assessment, released in 2014; and was a review editor of the last Intergovernmental Panel on Climate Change report about climate change impacts, adaptation and vulnerability.

“The new Climate Science Special Report is an impeccably reviewed update of the state of science since the last National Climate Assessment and the last IPCC report,” she said. “In the last four years, the science has advanced and we have higher confidence in the human role in the warming that has been observed; have improved our estimates of sea-level rise for different regions; have a better understanding of extremes—heatwaves, droughts, floods and intense storms; and better data to show that there was no ‘hiatus’ in the warming of the planet in the last decade.”