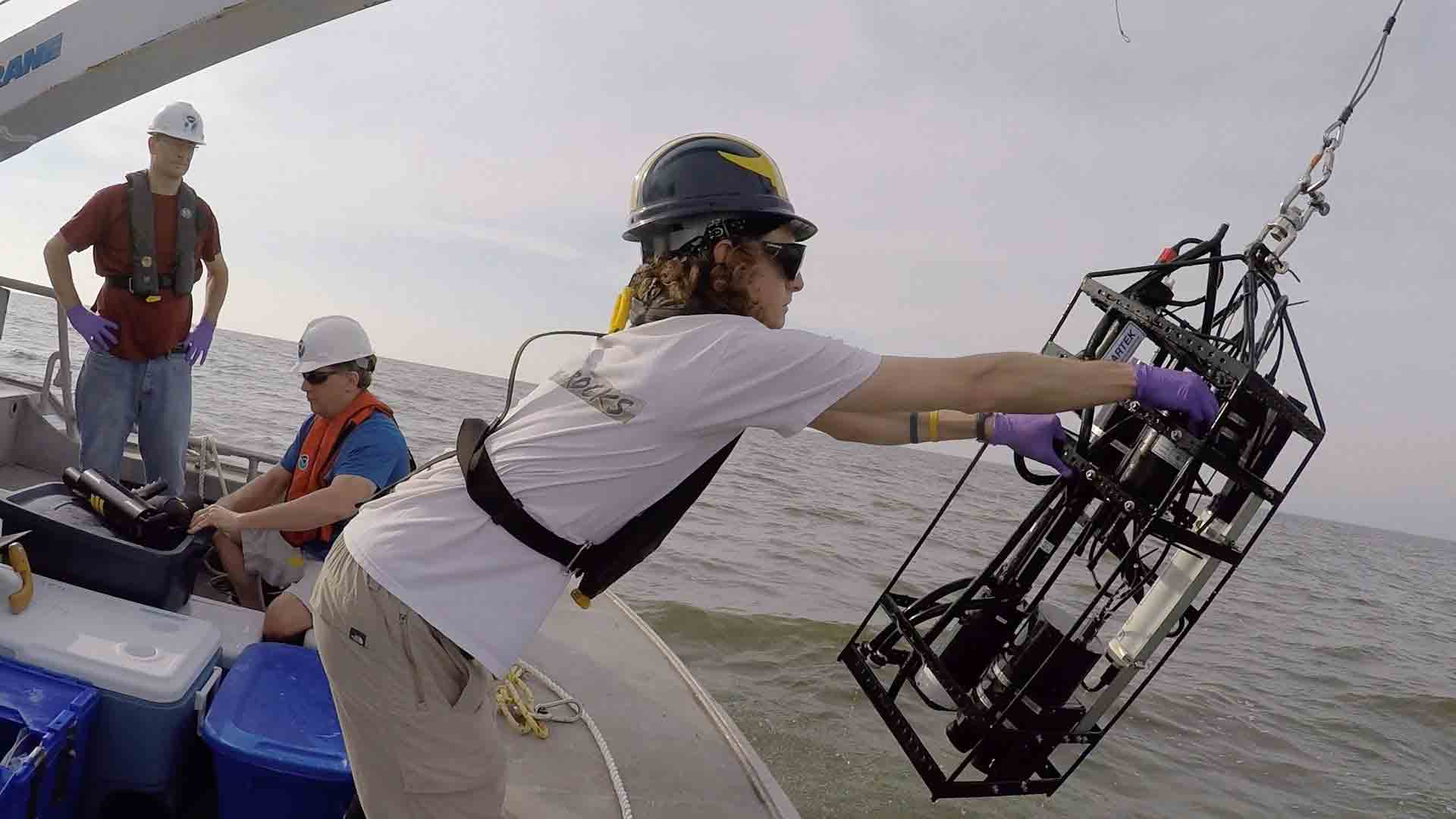 ANN ARBOR—While much of the work to curtail Lake Erie’s harmful algal blooms has focused on the availability of phosphorus, a U-M-led team has for several years been investigating the role of another nutrient found in crop fertilizers, nitrogen, in shaping the toxicity of those blooms.

In May 2014, a team led by U-M microbiologist and oceanographer Gregory Dick received a $250,000 grant for the study from the U-M Water Center. Water samples were collected weekly in summer and fall 2014 at six western Lake Erie locations.

In August of that year, high levels of a bacterial toxin shut down the drinking water supply to more than 400,000 Toledo-area residents. Fortuitously for Dick’s team, this highly disruptive event provided the researchers with a unique record of chemical and microbial conditions in western Lake Erie before, during and after the Toledo water crisis. To unlock the secrets held in those samples, the researchers have been applying the latest techniques of genomics and environmental chemistry.

Kevin Meyer, a postdoctoral researcher at the Cooperative Institute for Limnology and Ecosystems Research and a member of Dick’s team, will provide an update on the genetic analysis at the IAGLR meeting in Detroit. Meyer is funded through the Great Lakes Restoration Initiative.

The U-M-led study has already revealed that as environmental conditions in the lake changed throughout summer 2014, the relative abundance of various cyanobacterial strains shifted in response, altering the bacterial bloom’s toxicity.

Water collected at the Toledo municipal intake during summer 2014 showed a peak in the level of the toxin microcystin during the first week of August, when the water shutdown occurred. That peak was followed by a rapid drop in toxin levels that persisted for the rest of the summer and into the fall.

As the toxin levels started to drop, the genetic composition of the resident cyanobacteria abruptly shifted. At about the same time the amount of nitrate, a nitrogen compound, in the water also started dropping.

The researchers suspect that a nontoxic strain of the common cyanobacterial species Microcystis aeruginosa became more abundant than a closely related toxic strain in August 2014 in response to declining nitrate availability, resulting in a drop in toxin levels in the water.

To test that idea, they have been measuring the activity level of the gene responsible for toxin production in both the M. aeruginosa strains. Meyer will present some preliminary findings of that genetic-sequencing analysis.

“Currently, almost all of the efforts to control Lake Erie blooms is aimed at regulating phosphorus,” said Dick, an associate professor in the U-M Department of Earth and Environmental Sciences. “Our results may suggest that dual nutrient control—that is, both nitrogen and phosphorus—may be advisable.”