Scientists reconsider the meaning, implications of drought in light of a changing world 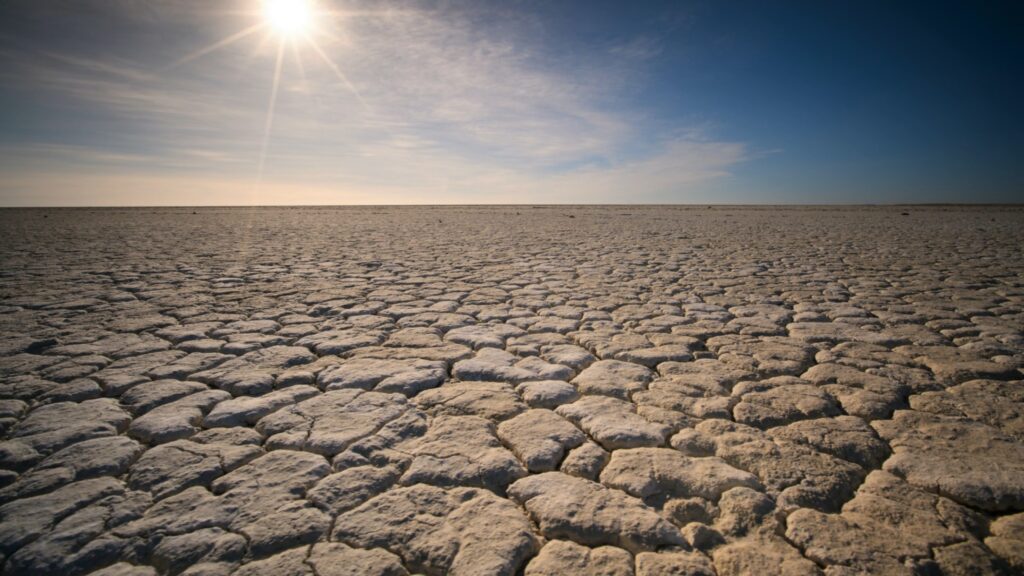 Maps of the American West have featured ever darker shades of red over the past two decades. The colors illustrate the unprecedented drought blighting the region.

In some areas, conditions have blown past severe and extreme drought into exceptional drought. But rather than add more superlatives to our descriptions, one group of scientists believes it’s time to reconsider the very definition of drought.

Researchers from half a dozen universities investigated what the future might hold in terms of rainfall and soil moisture, two measurements of drought. The team, led by Samantha Stevenson of the University of California, Santa Barbara, and including Julia Cole of the University of Michigan, found that many regions of the world will enter permanent dry or wet conditions in the coming decades, under modern definitions.

The findings, published online March 14 in Proceedings of the National Academy of Sciences, reveal the importance of rethinking how we classify these events as well as how we respond to them.

“Essentially, we need to stop thinking about returning to normal as a thing that is possible,” said Stevenson, assistant professor at UC Santa Barbara’s Bren School of Environmental Science & Management.

This idea affects both how we define drought and pluvial (abnormally wet) events and how we adapt to a changing environment.

A drought is when conditions are drier than expected. But this concept becomes vague when the baseline itself is in flux. The authors suggest that, for some applications, it’s more productive to frame drought relative to this changing background state, rather than a region’s historical range of water availability.

“We found that in many regions, droughts that we are seeing now actually reflect what we call the emergence of the climate change trend. In other words, we are witnessing not droughts, but a relentless drying that is unlikely to reverse in a warming world,” said U-M’s Cole, an interdisciplinary paleoenvironmental scientist and professor in the Department of Earth and Environmental Sciences.

To predict future precipitation and soil moisture levels, the researchers turned to a new collection of climate models from different research institutions. They had run each model many times with slightly different initial conditions, in what scientists call an ensemble. Since the climate is an inherently chaotic system, researchers use ensembles to account for some of this unpredictability.

The results show a world where certain regions are in permanent drought while others experience perennial pluvial for the rest of the 21st century. The team calculated the year in which average soil moisture will exceed the threshold that defines either a megadrought or a megapluvial.

“In other words, at what point do average conditions exceed what we would consider a megadrought if it happened now, and never return to normal,” Stevenson said.

The western United States has already crossed this benchmark, and there are other places headed that way as well, including Australia, southern Africa and western Europe.

“But, again, that’s if we use today’s definition of a drought,” Stevenson said.

The authors argue that we need to move away from fixed definitions toward a more nuanced account of drought and pluvial. The idea of normal is, in a sense, meaningless when ‘normal’ is continuously changing, they suggest.

“Overall, we are looking at a future where—in many regions—a larger range of wet-dry extremes will be superimposed on an inexorable trend to more arid conditions,” said Cole, who has collaborated with Stevenson for nearly a decade on the question of natural vs. human-caused drought variability, megadroughts and how well climate models simulate these phenomena.

“Adapting to these changes will challenge even the wealthiest nations, and these trends will be particularly devastating to the most vulnerable and poorest communities and nations,” Cole said.

Climate models indicate that average soil moisture in many regions will continue to drop. That said, the team’s ensembles suggest that soil moisture will continue to experience drought-related variation similar to today, relative to the ever-drier baseline. The fluctuation highlights the need to consider both long-term changes and the usual ups and downs associated with historic droughts and pluvials.

“The most important management challenge will be to adjust for the relentless declines in water availability, which will also help us deal with years or decades of particularly acute shortages,” Cole said.

Precipitation patterns, on the other hand, will become much more extreme. Warm air holds more moisture than cold air. So as the atmosphere heats up, it’ll be able to suck more moisture from dry areas and dump more precipitation on wet regions.

“We wanted to consider both precipitation and soil moisture at the same time because that can be important for water management,” Stevenson said.

For instance, we will need to adapt infrastructure to more arid conditions in the American West, but that infrastructure will also need to handle more intense rainfall, she said.

“When we talk about being in a drought, the presumption is that eventually the drought will end, and conditions will return to normal,” Stevenson said. “But if we’re never returning to normal, then we need to adapt all of the ways that we manage water with the expectation that normal will continually be drier and drier every year.”