Searching for the lost royal city of Nubia in northern Sudan 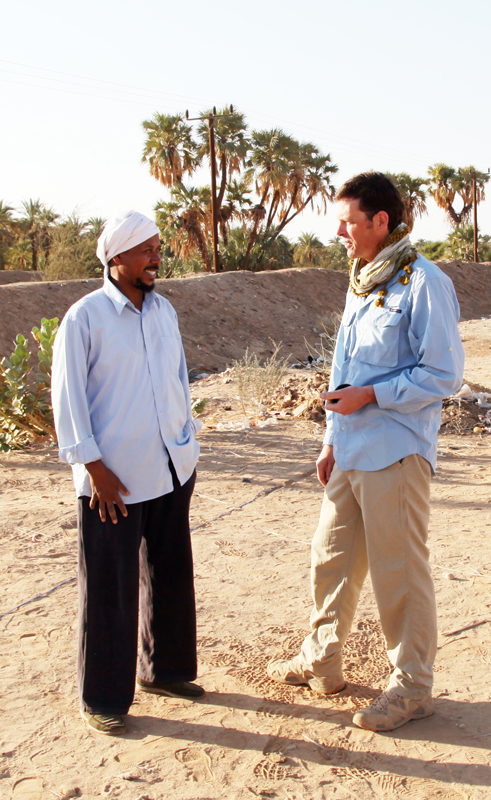 Dr. Mohamed (left) and Geoff EmberlingANN ARBOR—Geoff Emberling is doing what few archaeologists do anymore in a world that has been worked over pretty well by picks, trowels and shovels. He’s searching for a lost royal city.

The ancient capital was ruled by the kings of Nubia, which now lies in northern Sudan, just south of Egypt. Little is known about the kings who suddenly appeared on the historical stage about 800 B.C. and conquered all of Egypt before eventually fading back into the desert.

“We have no idea where these kings came from,” said Emberling, a research scientist at the Kelsey Museum of Archaeology at the University of Michigan. “They basically appeared out of nowhere.”

Nubia, also known as Kush, was one of Africa’s earliest centers of political authority, wealth and military power. But because of the lack of information about Nubia, it hasn’t been part of the bigger discussion about the rise and fall of civilizations in the way that Egypt and Mesopotamia have.

Much of the archaeological research has focused on tombs and temples in the Nubian capital of El Kurru, Emberling said.

“There has been a real lack of excavation of settlements, where you find out where people actually lived on a daily basis,” he said. “I’m excited about filling in that picture.”

Emberling set off for El Kurru in the last week of December and plans to stay for six weeks, working near a stretch of the Nile River that flows through the Sahara Desert.

“I’m hoping to come away with a good idea about where the city’s remains are and be able to map them as extensively as I can,” he said.

Emberling has a general idea about where to dig, based on the notebooks of George Reisner, an American archaeologist who excavated Nubian pyramids in 1918-19. Reisner’s notes mentioned a long city wall with a gate facing the Nile. He also said there was a well that could have been big enough to be part of a palace. But the site wasn’t excavated and disappeared under the sand.

“One of the challenges is that the city’s remnants are completely invisible on the site today,” Emberling said. “Since Reisner was only doing this in his notes, there is nothing to locate where any of this was.”

Emberling is working with archaeologists from Denmark and Sudan using a variety of techniques: satellite imagery, topographic surveys, magnetometry and geological coring—driving a tube into the ground and pulling up a column of soil. 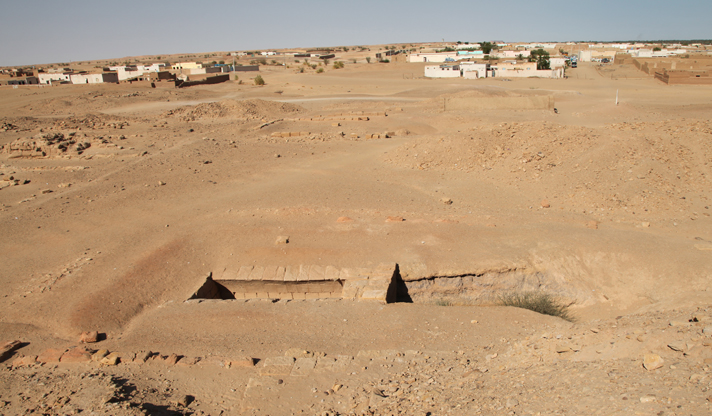 Remains of the pyramid of Piye. Image credit: Geoff Emberling“We might not find the city,” he said. “It might be that a Nile flood destroyed things to a degree. It might be that the remains were pretty ephemeral to begin with. We’ll see.”

In recent years, Sudan has been better known as a place of civil war and genocide as well as a base for Al Qaeda. But Emberling said throughout all the unrest and violence, archaeologists have worked without interruption in the northern part of the country.

“It’s not nearly as scary as it sounds,” he added. “I’ve loved working with the Sudanese.”

Emberling added that for the most part, archaeology is not politicized in Sudan as it is in other countries.

“We’re able to just be archaeologists and focus on our work, without worrying about how it will affect claims of different ethnic groups or territorial boundaries, so that’s a relief.”