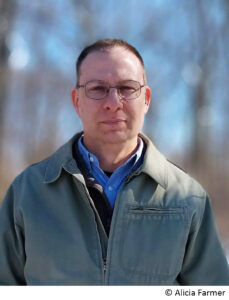 As many of us retreat from Zoom and flock to U.S. National Parks in record numbers this summer, we may understand more than ever why Americans back in 1921 were so dedicated to building the Appalachian Trail.

The idea for what is formally called the Appalachian National Scenic Trail—or AT, for short—emerged as middle-class Americans in the East were looking for a respite from the stresses of modern urban life. The result was a stunning 2,192-mile-long stretch of wilderness that took 15 years to build and is considered the longest “hiking-only” trail in the world. Winding its way through 14 states over the ridgetops from Maine to Georgia, the AT welcomes more than 3 million visitors per year.

Philip D’Anieri, a lecturer at the University of Michigan Taubman College of Architecture and Urban Planning and author of “The Appalachian Trail: A Biography,” discusses the importance of the trail, why it was built and what we can learn about American history through its unique backstory.

What inspired your study of the Appalachian Trail? 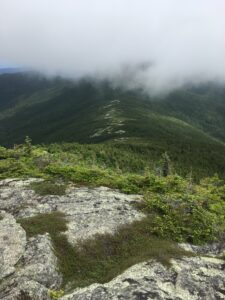 It’s a place that captures people’s imagination—it’s this ribbon of natural landscape that runs through the eastern U.S., which is a very settled, civilized place. It was created as a portal into nature for urban dwellers in major metropolitan areas like Atlanta, Washington, D.C., New York City and many others. In fact, I grew up in the eastern U.S., and just like many others who did, it was a part of my childhood.

I also teach in the urban and regional planning program at U-M where we study an important urban thinker named Benton MacKaye, who wrote many important articles and books about what the shape of metropolitan America should look like in the early 1900s. At the same time, he is also the one who invented, proposed and started the process of building the AT back in 1921. So you have this unusual combination of someone who was interested in the built environment, but also the wilderness and the natural world. He thought of them together.

Have you hiked the trail before?

I have hiked short stretches of the trail in each of the 14 states it passes through, but I have not hiked the entire trail. In fact, most people who use and benefit from it are not thru-hikers, they’re day hikers. It really wasn’t created to hike all at once from one end to the other; it was built to be a hiking opportunity that was accessible to people in the big cities situated close to it.

For people who aren’t familiar with it, the AT was built for the purpose of being the AT—it’s not an early trade route from colonial settlers or a historic Native American trail. It took several years to build it, largely with the help of volunteers, and it has been rerouted and rebuilt several times since. It was a massive effort that took a lot of coordination and dedication. It wasn’t until later that people started hiking it in its entirety, which is the story we generally hear about it these days.

Each of chapters in your book is a “mini biography” dedicated to an important figure in American history that contributed to the AT in a significant way. Can you discuss an example? 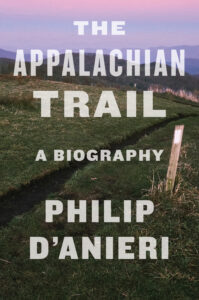 The trail was built by people for people, and the book is about why they did it and how they did it. For example, many people may know Sen. Gaylord Nelson of Wisconsin as the founder of Earth Day in 1970. Before that, he actually introduced legislation in the 1960s that got the federal government to commit to protecting the AT, mostly because it was falling apart at the time.

As one of the first American politicians to embrace environmentalism in the 1960s—before they even used that term—he understood the idea that the more civilized and technological we became, the more we sought out nature as an escape or alternative. Nelson is such an interesting figure because he saw this connection and that’s what led to the AT receiving the federal protection that it relies upon to this day.

Is there anything that we can learn through studying the 100-year history of the AT?

To this day, the AT is run as a public-private partnership between the U.S. National Park Service and the Appalachian Trail Conservancy, which organizes all of the volunteers that help to maintain it. It’s a really cool model for how we can get big, interesting things done not entirely in the public sector of government and not entirely in the private sector. I think it is a success story that a lot of people look to.

Another important note is that over the last year, we’ve spent our days on computers and in Zoom meetings, dealing with one crisis after another, and this really is the same reason that the trail was built. We still look to the natural world as an escape from modern life. The things that we’re getting away from and the way that we get away from them have changed, but it’s the same basic idea that the world stresses us out and we turn to nature to provide us with an alternative. They understood this 100 years ago, too.