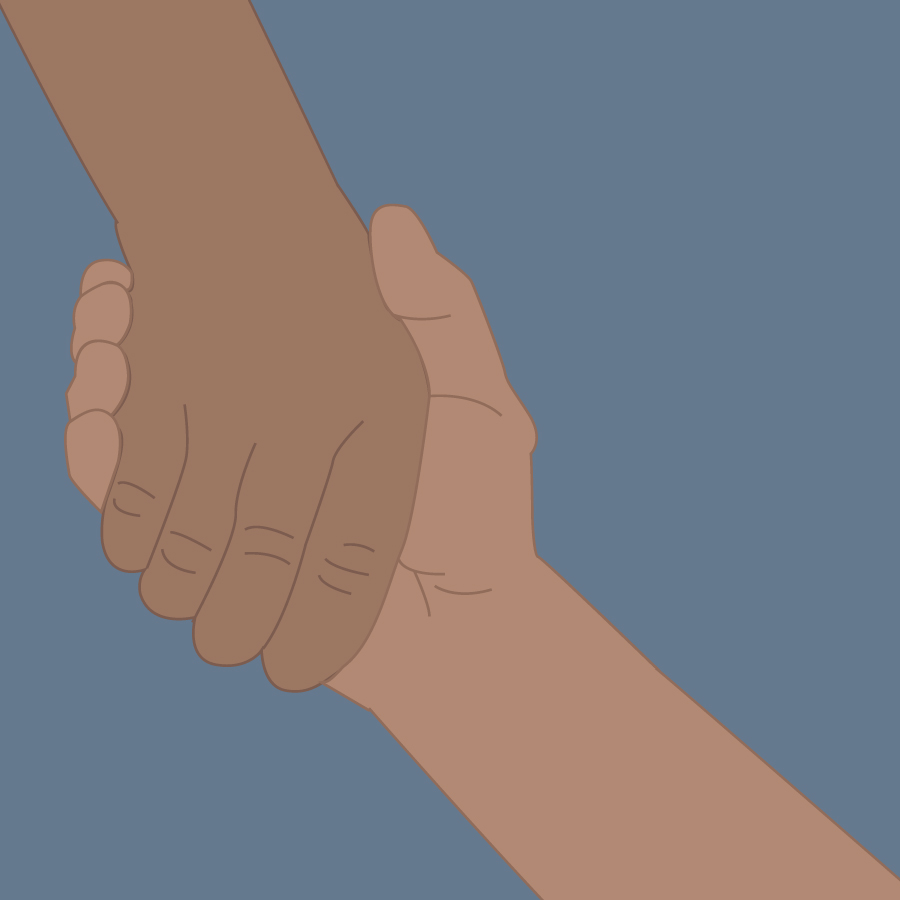 Illustration of holding hands. Image Credit: Kaitlyn BeukemaANN ARBOR—Young African-American women who are victims of violence end up having more abnormal Pap smears in adulthood, but those who receive social support to help them avoid risky behaviors reduce their odds of a negative test result, according to a University of Michigan study.

Researchers at the U-M School of Public Health and School of Nursing confirmed previous associations of adolescent violence victimization with psychological distress and substance abuse, but added new evidence on the indirect effects of victimization on Pap smear results and the risk of cervical cancer.

Violence victimization is defined as when an individual has someone threaten to hurt her, take something from her by physical force or physically assault or hurt her.

“Our results highlight the challenges facing African-American females in high-risk environments. Compared with their white peers, youth that reside in urban areas and African-American youth have a higher risk of experiencing violence victimization,” said lead author Hsing-Fang Hsieh, research investigator in the Department of Health Behavior and Health Education at the U-M School of Public Health.

“We learned two messages from this study for social interventions. One is to focus on the primary prevention of violence victimization and the other is to help adolescents strengthen their social networks and build foundations of social support from young age.”

The authors focused on an African-American sample because twice as many black women die of cervical cancer, compared with white women.

The researchers say their study suggests part of the explanation may be that increased violence victimization often leads young women to increased psychological distress, reduced perception of social support, and the adoption of maladaptive coping responses. These coping responses may include smoking and engaging in risky sexual behaviors (increasing chances for sexual infections). These and a number of other risk factors have been associated with cervical cancer.

“What is interesting to us is that how social support fits into the picture,” said Justin Heinze, research assistant professor at the School of Public Health. “We already know that social support is a good thing for health and chronic diseases like cancer. Our study suggests that one of the ways victimization relates to cancer outcomes is through a reduction in perceived support.”