Study shows Tamiflu gets patients back on their feet faster, reduces flu complications 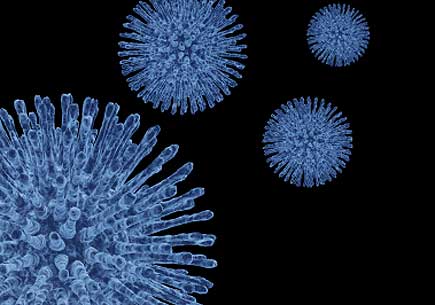 ANN ARBOR—Earlier this month, the Centers for Disease Control and Prevention recommended the use of antiviral drugs to help treat influenza, in a year when the available vaccine is not a good match for the current strain.

Now, new evidence about a popular antiviral—often criticized as ineffective—shows that it can alleviate symptoms and prevent respiratory complications.

“This is the first patient-level analysis of how well this drug works. Previous research has questioned its success and use in light of the side effects of nausea and vomiting, but the other studies combined those infected with influenza and those without, which diluted the positive effect in treatment,” Monto said.

Researchers conducted meta-analysis of data from all published and unpublished clinical trials from 1997-2001 to determine effectiveness of the antiviral drug. The trials involved more than 4,300 patients, better than half of whom were treated with Oseltamivir.

The research, using data made available by Tamiflu manufacturer Roche and analyzed by an independent research group led by Joanna Dobson and Stuart Pocock of the London School of Hygiene and Tropical Medicine, is published in “The Lancet.”

Oseltamivir is in a class of drugs known as neuraminidase inhibitors. They block the enzyme activity that occurs in influenza Type A and B viruses. Most of the patients studied had Influenza Type A, with the most prevalent strain reported as H3N2, the same one that is hitting much of the United States this year.

When used at the normal prescribed dosage of 75 mg twice a day for adults, within 36 hours following development of at least two flu symptoms, Oseltamivir was shown to reduce the duration of the illness by 21 percent. With the drug, symptom alleviation occurred, on average, at 98 hours compared with 123 hours with placebo.

The researchers found no benefit in adults who did not have the flu virus, confirming the drug’s role as an antiviral.

In addition to reducing the risk of respiratory tract infections requiring antibiotics, like pneumonia (4.9 percent had complications with the drug compared with 8.7 percent on placebo), Oseltamivir decreased hospital admissions by 63 percent (0.6 percent vs. 1.7 percent).

The researchers also found some of the same complications of the drug noted in previous research, with an increase in nausea (3.7 percent) and vomiting (4.7 percent). They did not find differences between the two groups with respect to development of neurological or psychological disorders that had been raised in previous research.