The Generation X Report: How many Gen Xers know their cosmic address? 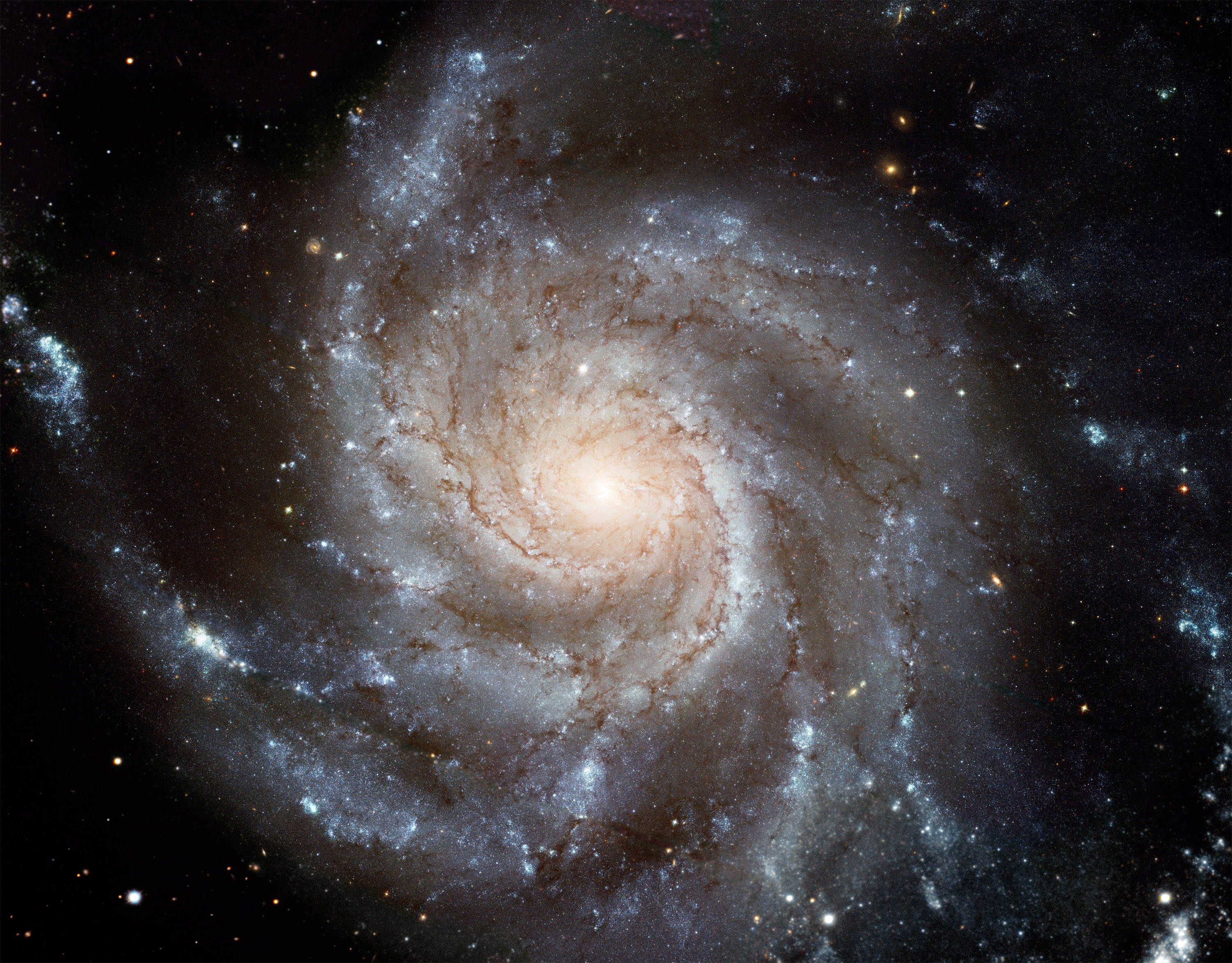 This giant spiral disk of stars, dust and gas is 170,000 light-years across, or nearly twice the diameter of our Milky Way galaxy. M101 is estimated to contain at least one trillion stars. Image credit: NASA, ESA, K. Kuntz (JHU), F. Bresolin (University of Hawaii), J. Trauger (Jet Propulsion Lab), J. Mould (NOAO), Y.-H. Chu (University of Illinois, Urbana), and STScIANN ARBOR—Less than half of Generation X adults can identify our home in the universe, a spiral galaxy, according to a University of Michigan report.

“Knowing your cosmic address is not a necessary job skill, but it is an important part of human knowledge about our universe and—to some extent—about ourselves,” said Jon D. Miller, author of “The Generation X Report” and director of the Longitudinal Study of American Youth at the U-M Institute for Social Research.

The study, funded by the National Science Foundation since 1986, now includes responses from approximately 4,000 adults ages 37-40—the core of Generation X.

The latest report examines the scientific literacy of Gen Xers about their location in the universe. Miller provided Generation X participants in the study with high-quality image of a spiral galaxy taken by the Hubble space telescope, and asked them to identify the image, first in an open-ended response and then by selecting from multiple choices.

“There may be important advantages in the short-term—the next million years or so—to knowing where we are and something about our cosmic neighborhood.”

“One of the factors that contributes to this educational difference is exposure to college-level science courses,” Miller said. “The United States is unique in its requirement that all college students complete one year of college science courses as part of a general education requirement.

“And because these courses are often taken during the first or second year of college, students who enter college but do not earn a degree are still exposed to college science and other general education courses.”

Miller also found that more than 60 percent of those surveyed said that this was the first time they had looked carefully at an image from a space telescope, even though four out of five reported that they had seen this kind of image before, often on the Internet.

“One of the important results of the growth of the Internet and the expansion of communication devices is that it is easier today to find high-quality science information than at any previous time in human history,” Miller said. “But some of the science information on the Internet is incorrect or misleading, so we asked our survey participants to indicate what sources they would trust for information about the universe.”

Miller also examined the link between knowledge about the universe, as indicated by correctly identifying the Hubble image as a spiral galaxy much like our own, and a variety of personal and policy attitudes. Gen Xers who recognized the image were more likely than those who did not to agree that “When I see images like this, I am reminded of the vastness of the universe” (70 percent vs. 53 percent) and “Images like this show how small and fragile planet Earth is in the context of the universe” (58 percent vs. 44 percent).

They were also more likely to agree that “Seeing images like this make me want to learn more about the nature of the universe” (27 percent vs. 19 percent) and “It is very likely that there is intelligent life at many places in the universe” (39 percent vs. 26 percent).

But they were less likely to agree that “The size and complexity of the universe proves the greatness of God’s creation” (45 percent vs. 51 percent).

“Unlike our distant ancestors who thought the earth was the center of the universe, we know that we live on a small planet in a heliosphere surrounding a moderate-sized star that is part of a spiral galaxy,” Miller said. “There may be important advantages in the short-term—the next million years or so—to knowing where we are and something about our cosmic neighborhood.”