ANN ARBOR—Three University of Michigan scholars have received the prestigious Guggenheim Fellowships for their distinguished achievement and exceptional promise for future accomplishment.

The John Simon Guggenheim Memorial Foundation awarded 175 fellowships to recipients throughout the U.S. and Canada, chosen from almost 3,000 applicants. This year’s U-M recipients were Sarah Buss, professor of philosophy; Susan Juster, professor of history; and Osman Khan, associate professor of art and design.

“The Guggenheim fellowships recognize exceptional scholarly and creative achievements, and we are extremely proud of Professors Buss, Juster and Khan for receiving this high honor,” said Susan Collins, interim provost and executive vice president for academic affairs. “Our colleagues’ success across a range of disciplines is also a testament to the university’s commitment to encourage and support outstanding and innovative work.”

The fellowship allows Buss to work on her project, “How to Be Coherent and How Coherent to Be.” She has written on autonomy, moral responsibility and respect for persons. Her recent projects address the normative significance of formal principles of practical rationality, the nature of reasons for action and the moral implications of certain basic human capacities. 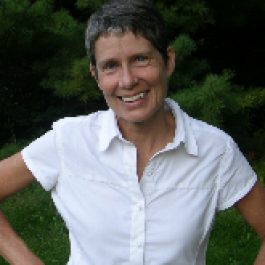 In developing her views on many of these subjects, she has become interested in the human vulnerability to incoherence. She traces this vulnerability to two facts: human beings have a wide range of heterogeneous commitments and are capable of distancing themselves from their own commitments. By exploring these facts, Buss aims to illuminate the significance of the many ways we can fail to be at one with ourselves.

Juster, the Rhys Isaac Collegiate Professor of History, will study a fugitive faith on the edges of empire, in her project, “A Common Grave: A Material History of Catholics in English America.”

By the time England entered the imperial game in the early 1600s, its Protestant identity was firmly rooted in law and politics. Catholics lived a twilight existence, adept at concealing themselves, their priests and their sacramental practices from prying eyes.

Juster’s project explores the spiritual, emotional and material resources available to “papist” emigrés as they sought to build new congregations and patterns of worship in a “new world” of indigenous lands and peoples. With a faint paper trail to follow, material traces—rosaries, pocket-sized crucifixes smuggled in bags, tombstone—can offer a new window into the lives of this notoriously invisible community.

“I was beyond thrilled when I learned I had won the award,” Juster said. “It’s the ultimate in peer recognition—a validation not just of my research project but of my entire academic career.” 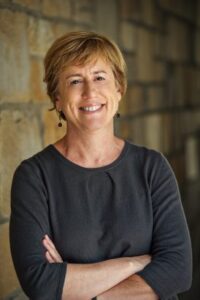 What she appreciated about the fellowship process was the opportunity to compose a career narrative as part of the application that explains the entire arc of a candidate’s scholarship from doctorate degree to now.

“Writing that was one of the unexpected benefits of the process: I had the chance to reflect on how my research interests had shifted and expanded over the years, and to think about how the field of early American history had changed as well in the past 25 years,” she said.

Khan, an artist who directs the MFA Program at the Penny W. Stamps School of Art & Design, is interested in constructing artifacts and experiences for social criticism and aesthetic expression. His work plays and subverts the materiality behind themes of identity, home/land, social and public space through participatory and performative installations and site-specific interventions. Khan’s work has shown globally, in places such as Shanghai, New York, Rome and Seoul.

“I’m honored, and somewhat in disbelief,” Khan said. “It’s a bit of sunshine during the dark days that we’ve seen over the last few weeks. The circumstances make it hard for me to process and fully celebrate, but I’m excited to be able to have dedicated time to work on this project.”

An American with Muslim and South Asian roots, Khan’s proposed project draws from his heritage. 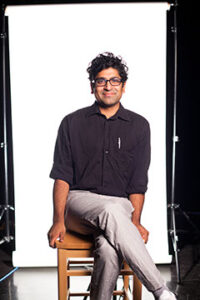 “I was inspired by fantastical folktales from South Asia and the Middle East like those found in ‘One Thousand and One Nights,’ and representing one’s culture in a novel manner not typically portrayed in the mainstream,” he said. “My investigative research project will bring to life some of the ‘magic’ found in these tales—such as the flying carpet and the character of Scheherazade—with a contemporary, technological twist.”

Khan hopes that the series of works will be presented as part of an exhibition in 2021.

Since its establishment in 1925, the foundation has granted more than $375 million in fellowships to more than 18,000 individuals, among whom are scores of Nobel laureates, Fields Medalists, poets laureate, members of the national academies, winners of the Pulitzer Prize, Turing Award, Bancroft Prize, National Book Award and other internationally recognized honors.

“It’s exceptionally encouraging to be able to share such positive news at this terribly challenging time,” said foundation president Edward Hirsch. “A Guggenheim Fellowship has always offered practical assistance, helping fellows do their work, but for many of the new fellows, it may be a lifeline at a time of hardship, a survival tool as well as a creative one. As we grapple with the difficulties of the moment, it is also important to look to the future.”