Trouble ahead: Fewer have retirement funds, more raid them 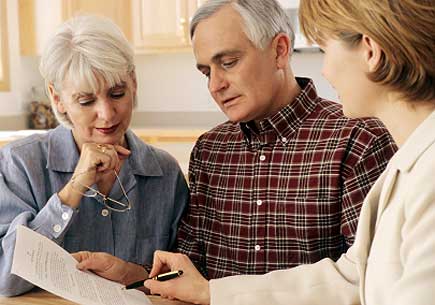 ANN ARBOR—The proportion of working Americans with pensions of any kind has steadily decreased since 2001, according to a University of Michigan analysis that suggests trouble ahead for U.S. seniors.

“We expected to see a decline in the percent of employed workers with defined benefit pensions,” said U-M economist Frank Stafford. “Everyone knows they’re a thing of the past. But we also found that participation in defined contribution plans declined, going from 33 percent of employed men in 1999-2001 to 30 percent in 2007-2009. And that is the opposite of what we expected.”

Stafford is the co-author with Thomas Bridges, a U-M graduate student in economics, of a working paper titled “At the Corner of Main and Wall Street: Family Pension Responses to Liquidity Change and Perceived Returns.” In the paper, they analyze data from the Panel Study of Income Dynamics, a survey of a nationally representative sample of U.S. households conducted by the U-M Institute for Social Research since 1968.

During the period studied, researchers interviewed the same families every two years, obtaining a continuous look at how changes in the U.S. economy, notably the economic declines after 9/11 and the Great Recession of 2008, affected how families handled their IRAs, annuities, 401(k)s and other financial sources of defined contribution pensions.

They found that many families treat these retirement accounts as sources of ready cash for current needs and discretionary spending rather than as sources of income in retirement. About 6 percent of young adults ages 25 to 44 reported cashing in some of their pension money. And at age 59½—when early withdrawal penalties are removed—about 15 percent withdrew from their accounts, a proportion about equal to the rate of withdrawal those ages 65 and 66.

“If you leave people to their own devices, it’s tempting for them to use this money before they retire,” Stafford said. “Our data show that they’re withdrawing money for reasons ranging from out-of-pocket medical expenses to home repairs of more than $10,000 like a new roof, to discretionary expenses like remodeling their kitchens and installing granite countertops. Anecdotal evidence suggests that some families are using these accounts to obtain tax advantages, or to shelter assets from student loan applications.”

By far the most common reason for withdrawals appears to be mortgage loan distress, according to Stafford. Those who are behind on their mortgages, or are afraid they are going to fall behind, are raiding their retirement accounts to stay above water.

“That’s the problem with defined contribution pensions,” Stafford said. “With defined benefit plans, people cannot get their hands on the money before they retire. Now as GM, Ford and many state and local governments are offering ‘conversions’ of defined benefit pensions, offering lump sums to retirees in place of monthly pension checks, this problem is going to get bigger.

“Our analysis confirms what everyone suspected—people are using their retirement accounts to help when their kids are going to college or their spouse loses a job. Sure, many employers make participation mandatory but you can subvert your employer’s mandate by borrowing against the money for any number of reasons. So allowing pre-retirement access to these funds is a problem.”