President Trump today signed an executive order to begin rolling back the Water of the United States rule, one of former President Obama’s major environmental regulations. Soon, Trump is also expected to sign an order to begin withdrawing and rewriting an Obama climate change regulation, known as the Clean Power Plan, aimed at curbing emissions from coal-fired power plants.

University of Michigan experts are available to discuss these topics, as well as the broader issue of environmental protection under the Trump administration. 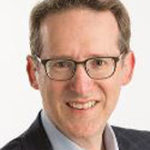 David Uhlmann is an expert on the Waters of the United States rule and co-authored an amicus brief defending it, filed Jan. 19 in the U.S. Court of Appeals for the Sixth Circuit, in Cincinnati. He served for 17 years at the U.S. Department of Justice, the last seven as chief of the Environmental Crimes Section, where he was the top environmental crimes prosecutor in the country. In June 2007, he joined the Michigan Law faculty as the inaugural director of the Environmental Law and Policy Program.

“President Trump targets for repeal essential protections for our nation’s rivers and streams long-sought by a bipartisan coalition of environmentalists, conservationists, fishers, hunters and ordinary citizens,” he said. “The president again attempts to rule by executive fiat, flouting the principle that ours is a nation of laws, where public health protections cannot be obliterated with the stroke of his pen.

“The president ignores elementary school science: the health of America’s rivers and streams—and the drinking water for countless cities and towns—depends upon the protection of the headwaters streams and tributaries that flow into our rivers and streams. With each passing day, it becomes apparent that ‘making America great again’ means turning back the clock to a pre-1970s era of racial discrimination, sexism and rivers on fire.” 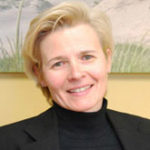 Jennifer Read is director of the U-M Water Center. She can discuss the Waters of the United States rule and how weakening or eliminating it would impact the Great Lakes region.

“This rule provided clarity about which waters and wetlands are affected by the Clean Water Act, after earlier Supreme Court rulings left confusion,” she said. “While concern about regulatory burden is understandable, the overall goal of ensuring downstream water quality by maximizing the health and integrity of upstream wetlands is something that will benefit all of us. Striking down the rule will return us to a place of ambiguity that will waste time and resources and could harm wetlands, streams and rivers in the Great Lakes region and across the country.” 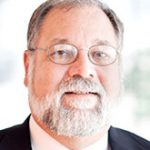 Mark Barteau is director of the U-M Energy Institute, the DTE Energy Professor of Advanced Energy Research and a professor of chemical engineering. He can discuss what Trump can and can’t do with regard to dismantling the Obama administration’s steps toward reducing emissions, and also what steps he is likely to take.

“The Clean Power Plan has been put on hold by the courts, but one should not forget that the Environmental Protection Agency’s responsibility to regulate carbon dioxide emissions under the Clean Air Act was affirmed by the U.S. Supreme Court,” he said. “This sets up a potential conflict among the executive, legislative and judicial branches.

“President Trump and his EPA administrator, Scott Pruitt, may contend that this law should not cover greenhouse gas emissions, and the Republican-controlled Congress may hollow out the EPA’s budget, but EPA’s responsibility to regulate greenhouse gases will remain unless existing law is modified by Congress or by a Supreme Court returned to full strength with Trump appointees.”

Barteau has written essays in The Conversation entitled “What President Trump means for the future of energy and climate” and “Will President Obama’s clean energy legacy endure?” 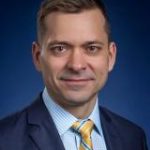 Joe Árvai is a member of the EPA’s Science Advisory Board, which is tasked with providing scientific advice to the EPA administrator. He is director of U-M’s Erb Institute for Global Sustainable Enterprise and the Max McGraw Professor of Global Sustainable Enterprise at the School of Natural Resources and Environment and the Ross School of Business.

Árvai can discuss his expectations—as a member of the agency’s Science Advisory Board and as a scientist working at the nexus of the environment and society—for the agency under incoming Administrator Pruitt.

“As an SAB member, I hope that Mr. Pruitt will, like administrators before him, continue to seek advice and input from the SAB, which is comprised of scientists from both universities and the private sector, all of whom have been thoroughly vetted to guard against conflicts of interest,” he said. “And as a scientist and citizen, I expect that the EPA will continue to treat science as secular and to follow the rule of law as it relates to environmental protection. A failure to do so would be a violation of the public trust and a betrayal of future generations.” 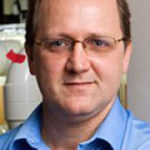 Bradley Cardinale is an ecologist who studies how biodiversity affects the healthy functioning of ecosystems in nature. He is director of the Cooperative Institute for Limnology and Ecosystems Research and a professor at the School of Natural Resources and Environment. Cardinale can discuss EPA’s mission to protect the nation’s freshwater.

“Access to sustainable supplies of clean freshwater is one of the greatest challenges we face in the U.S. Like other countries that have gone through industrialization, the U.S. has a long history of dumping everything from garbage to a suite of cancer-causing chemicals into our water,” he said. “Oversight by agencies like the Environmental Protection Agency is not only vitally important for protecting public health, it is critical for protecting the wide variety of goods and services that lakes, rivers and wetlands provide to society.” 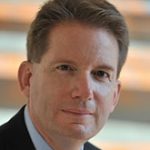 Barry Rabe is a professor at the Ford School of Public Policy and a nonresident senior fellow at the Brookings Institution. He was the first social scientist to receive a Climate Protection Award from the U.S. Environmental Protection Agency in 2006 and currently chairs the EPA’s Assumable Waters Advisory Board.

Rabe can discuss any political, management or federalism issues related to the implementation of Pruitt’s EPA agenda, including climate change, vehicle emissions and fuel economy, and water policy.

“Scott Pruitt routinely talks about ‘cooperative federalism’ as his mission. But what does that mean for states such as California that routinely want to go above and beyond federal standards?” he said.

Rabe’s blog post titled “What will Scott Pruitt do if he cannot sue EPA?” appeared Dec. 12 in Brookings Brief. 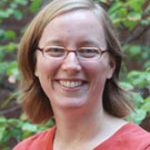 Meghan Duffy is an ecologist and associate professor in the Department of Ecology and Evolutionary Biology. Her research focuses on the ecology and evolution of infectious diseases, especially in aquatic ecosystems.

“When we remove environmental protections, we wind up paying for it later, at a much higher cost,” she said. “Without environmental regulations in place, we’ll watch lakes, streams and rivers go from vibrant resources valued for their beauty, recreational opportunities and ecosystems services to uninhabitable dead zones that are dangerous and unsightly.” 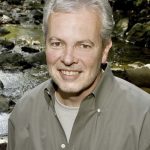 One hundred million unique chemicals have been produced in the past 60 years, according to Burton, an environmental toxicologist. Since the 1980s, there has been a steady decline in the amount of money available for external research grants at the EPA, which is primarily responsible for regulating chemical use. Any significant reduction in the agency’s budget is likely to exacerbate this problem, said Burton, who discussed the topic in a recent opinion piece in Environmental Science & Technology.

“The EPA’s mission is to protect human health and the environment,” he said. “They cleaned up many of our polluted waters and saved many species from extinction through common-sense regulations. We cannot return to the polluting ways of the past—indicative of developing nations like China.” 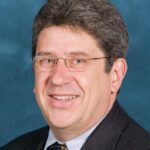 Richard Rood, professor of climate and space sciences and engineering at the College of Engineering, can discuss the intersections of weather and climate, and climate and society. He recently wrote about adaptive management in the Trump administration for the Climate Policy Blog, an American Meteorological Society project.

“Organization and discipline will be critical attributes for an effective response to the Trump administration’s efforts to deconstruct not only President Obama’s climate actions, but also to weaken a generation of environmental law,” he said. “Critical in effective response is to depersonalize that which is dismissive, insulting and hurtful. The goal is to resist the emotional bait.” 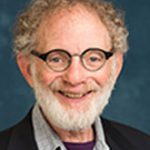 Peter Jacobson is a professor of health law and policy and director of the Center for Law, Ethics, and Health at the U-M School of Public Health. He can speak about the legal/public health aspects of the Flint water crisis and EPA regulatory policy during the Trump administration.

“Reducing EPA’s powers, either through an arbitrary regulatory repeal process or the failure to update clean water regulations, will severely curtail the EPA’s powers,” he said. “Doing so will make it harder to protect clean and safe water and prevent another Flint water crisis.”