Trust your gut: E. coli may hold one of the keys to treating Parkinson’s 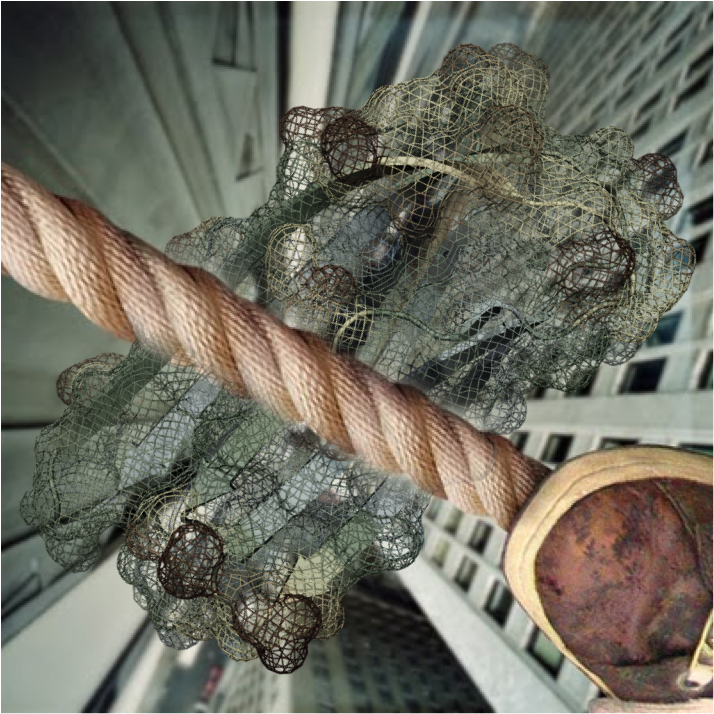 Amyloids walk a tightrope: The net beneath the rope is a representation of the molecular structure of a protein called CsgC. CsgC can be likened to a safety net that catches amyloids and prevents them from formulating in a way that’s toxic to cells. When amyloid formation happens at the wrong place or time, it can be toxic to cells. Image credit: Sarah Kang, U-M undergraduate studentANN ARBOR—E. coli usually brings to mind food poisoning and beach closures, but researchers recently discovered a protein in E. coli that inhibits the accumulation of potentially toxic amyloids—a hallmark of diseases such as Parkinson’s.

Amyloids are formed by proteins that misfold and group together, and when amyloids assemble at the wrong place or time, they can damage brain tissue and cause cell death, according to Margery Evans, lead author of the University of Michigan study, and Matthew Chapman, principal investigator and associate professor in U-M Molecular, Cellular, and Developmental Biology.

The findings could point to a new therapeutic approach to Parkinson’s disease and a method for targeting amyloids associated with such neurodegenerative diseases.

A key biological problem related to patients with Parkinson’s is that certain proteins accumulate to form harmful amyloid fibers in brain tissues, which is toxic to cells and causes cell death.

While these amyloids are a hallmark of Parkinson’s and other diseases such as Alzheimer’s, not all amyloids are bad. Some cells, those in E. coli included, assemble helpful amyloids used for cell function.

E. coli make amyloid curli on the cell surface, where it’s protective, rather than toxic. The curli anchor the bacteria to kitchen counters and intestinal walls, where they can cause infections and make us sick. These helpful amyloids that E. coli produce do not form on the inside of the cell where they would be toxic.

“It means that something in E. coli very specifically inhibits the assembly of the amyloid inside the cell. Therefore, amyloid formation only occurs outside the cell where it does not cause toxicity,” said Evans, a doctoral student in molecular, cellular, and developmental biology.

Evans and the U-M team went on a biochemical hunt to understand how E. coli prevented amyloids from forming inside cells and uncovered a protein called CsgC that is a very specific, effective inhibitor of E. coli amyloid formation.

U-M researchers have been collaborating with scientists from Umeå University in Sweden and Imperial College in London, and in the current study found that the CsgC protein also inhibits amyloid formation of the kind associated with Parkinson’s.

Another implication of the research is that the curli could be a target for attacking biofilms, a kind of goo created by bacteria, which acts as a shield to thwart antibiotics and antiseptics. These bacteria can cause chronic infections, but treating these infections using molecules that block curli formation may degrade the biofilm and leave the bacteria more vulnerable to drug therapy.

The study, “The bacterial curli system possesses a potent and selective inhibitor of amyloid formation,” is scheduled to appear Jan. 22 in the online edition of Molecular Cell.

Evans, who conducted the research while at U-M will be a postdoctoral fellow at Washington University in St. Louis.

The work was funded in part by the National Institutes of Health.