Two left feet? Study looks to demystify why we lose our balance 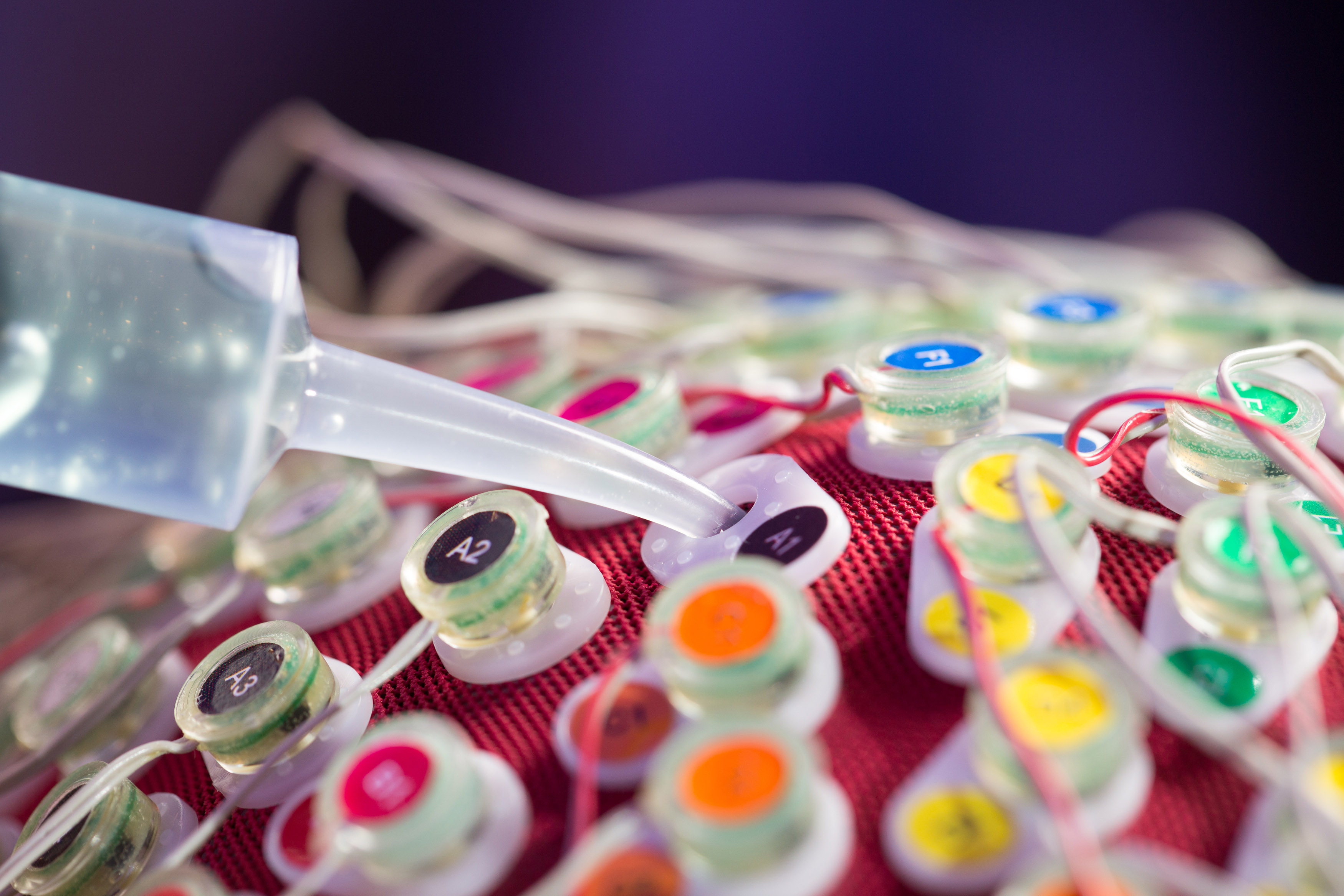 Closeups of electrodes that measure brain activity. Image credit: Ferris labANN ARBOR—It’s always in front of a million people and feels like eternity. You’re strolling along when suddenly you’ve stumbled—the brain realizes you’re falling, but your muscles aren’t doing anything to stop it.

For a young person, a fall is usually just embarrassing. However, for the elderly, falling can be life threatening. Among the elderly who break a hip, 80 percent die within a year.

University of Michigan researchers believe that the critical window of time between when the brain senses a fall and the muscles respond may help explain why so many older people suffer these serious falls. A better understanding of what happens in the brain and muscles during this lag could go a long way toward prevention.

To that end, researchers at the U-M School of Kinesiology developed a novel way of looking at the electrical response in the brain before and during a fall by using an electroencephalogram.

Findings showed that many areas of the brain sense and respond to a fall, but that happens well before the muscles react. Lead researcher Daniel Ferris likened the study method to recording an orchestra with many microphones and then teasing out the sounds of specific instruments. In the study, researchers measured electrical activity in different regions of the brain.

“We’re using an EEG in a way others don’t, to look at what’s going on inside the brain,” said Ferris, a professor in kinesiology. “We were able to determine what parts of the brain first identify when you are losing your balance during walking.”

During the study, healthy young subjects with electrodes attached to their scalps walked on a balance beam mounted to a treadmill. When participants lost their balance and went off the beam, they simply continued walking on the moving treadmill, thus avoiding injury. 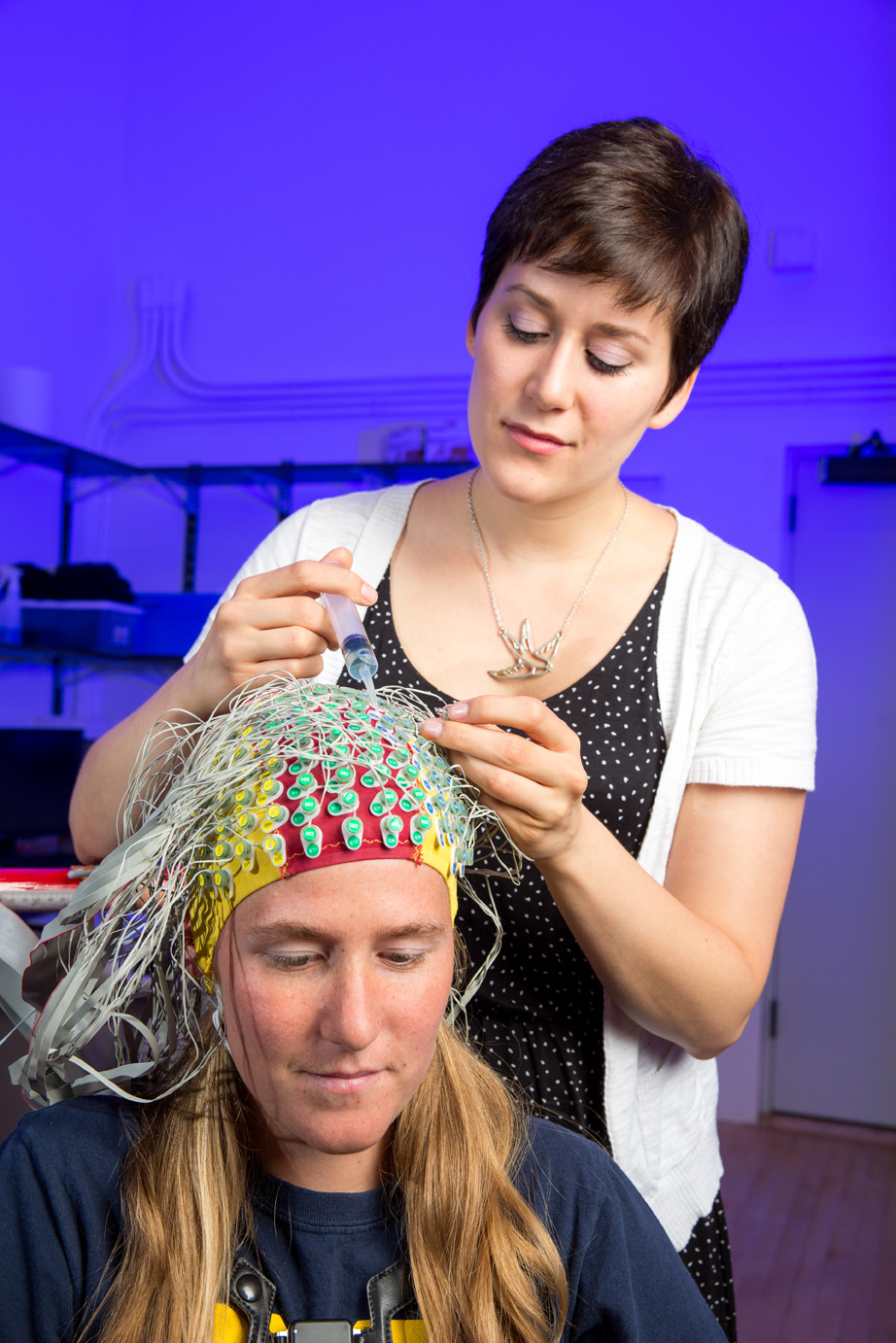 Subject being fitted with electrodes, which will help researchers look at his brain activity during a fall. Image credit: Ferris LabFerris and colleagues then used a method called independent components analysis to separate and visualize the electrical activity in different parts of the brain. They found that people sense the start of a fall much better with both feet on the ground. Two grounded feet make it easier to determine where the ground is relative to the body, but people aren’t as sure of their stability on one foot.

The researchers were surprised that so many different parts of the brain activate during a fall, and they didn’t expect the brain to recognize a loss of balance as early as it does.

Future studies comparing the elderly with younger subjects could determine if the elderly sense falls too late, in which case, pharmaceuticals might help them regain their balance. If it’s a simple motor problem such as muscles not responding properly, strengthening exercises could help.

Other experiments under the same grant in the Ferris lab look to separate sensory and motor contributions to brain activity during walking.

The study, “Loss of balance during balance beam walking elicits a broadly distributed
theta band electrocortical response,” was published in advance online in the Journal of Neurophysiology.

Other authors include Amy Sipp and Joseph Gwin, formerly of the U-M Human Neuromechanics Laboratory, and Scott Makeig of the Swartz Center for Computational Neuroscience at the University of California-San Diego.