ANN ARBOR—Two faculty members at the University of Michigan’s Ford School of Public Policy have been chosen from hundreds of nominees as part of the prestigious Carnegie Fellows program.

Professors Susan Dynarski and H. Luke Shaefer are among 27 awardees who each will receive $200,000 for high-caliber scholarly research in the humanities and social sciences that focuses on important, enduring issues confronting society.

“I am so incredibly proud of Sue and Luke, who are both top-notch scholars dedicated to the public good,” said Michael Barr, dean of the Ford School. “Sue’s work is transforming access to higher education. Luke’s work is helping change the conversation about poverty in America.

“Not only are they producing timely research, but they are also directly engaging with policymakers to improve economic opportunity and mobility. Their work is emblematic of the Ford School’s deep and long-standing strength in research and public policy engagement related to poverty, inequality, racial and ethnic disparities, and vulnerable populations.”

“Not only are they producing timely research, but they are also directly engaging with policymakers to improve economic opportunity and mobility. Their work is emblematic of the Ford School’s deep and long-standing strength in research and public policy engagement related to poverty, inequality, racial and ethnic disparities, and vulnerable populations.”

Dynarski’s own story as a first-generation college student who went to Harvard fuels her passion for the research she conducts and policy ideas she promotes. Her work converges on the central theme of reducing socioeconomic and racial inequality in educational attainment and broadening access to higher education. 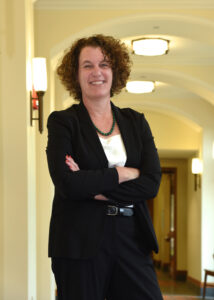 She led the development of a low-cost solution, the HAIL Scholarship, which has successfully tripled the number of applications and doubled enrollment for low-income students at U-M. With the Carnegie Fellowship, Dynarski will evaluate the effects of the HAIL Scholarship on persistence, course-taking (majors, credit accumulation) and completion rates by comparing scholarship recipients against a control group. It will also look at effects related to gender, income and racial inequality.

“I’m gobsmacked and grateful,” said Dynarski, who is also a professor at the School of Education. “The Carnegie Fellowship will allow me to expand the scope and broaden the impact of my research on reducing inequality in education.”

Shaefer’s award builds on years of research on poverty and social welfare policy. The Carnegie Fellowship will further his project, Understanding Communities of Deep Disadvantage, which explores communities of deep disadvantage in the United States.

Over the course of three years, study members will embed in six of the most vulnerable communities. Shaefer and his collaborators seek to uncover what factors drive disparities while also helping to pinpoint where policymakers and residents can take action to improve well-being and opportunity for all.

“I am deeply honored to be named one of the Carnegie Fellows,” said Shaefer, who is also a professor at the School of Social Work. “The fellowship will help us immensely in our work to more deeply understand disadvantage in this country and help direct resources and action to where they’re needed most.” 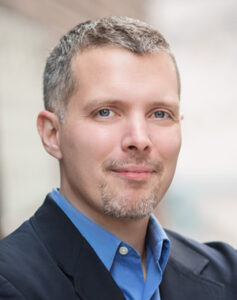 The Andrew Carnegie Fellows Program, established in 2015, represents an overall investment of $38 million in some 200 recipients whose scholarly research includes U.S. democracy, the environment, technological and cultural evolution, and international relations. The criteria prioritize the originality and potential impact of a proposal, as well as a scholar’s capacity to communicate the findings with a broad audience.

The latest class of fellows was selected by a panel of 17 jurors composed of scholars and academic and intellectual leaders from some of the nation’s most prominent educational institutions, foundations and scholarly societies. The award is for a period of up to two years and its anticipated result is a book or major study.

“The pursuit of knowledge and the generation of ideas were critically important to the corporation’s founder, Andrew Carnegie, whose mission is especially relevant today as our society confronts problems that have been greatly exacerbated by COVID-19,” said Vartan Gregorian, president of Carnegie Corporation of New York and president emeritus of Brown University.

“Fellows from earlier classes are actively addressing the coronavirus through their research on topics such as its impact on rural America, government authority during a pandemic, and ways in which different countries address infectious diseases. The work of this exemplary class of 2020 will also be of service across a range of other crucial issues.”

The addition of Dynarski and Shaefer brings the total of U-M fellows to seven since the program began. The others are John Ciorciari (2015), also of the Ford school; J. Alex Halderman (2019) of the College of Engineering; and Elizabeth Armstrong (2019), Yuen Yuen Ang (2018) and Arthur Lupia (2015) of the College of Literature, Science, and the Arts.