ANN ARBOR—University of Michigan anthropologist Ruth Behar has been named to this year’s list of “Great Immigrants” by the Carnegie Corporation of New York.

The award recognizes “naturalized citizens who enrich the fabric of American culture and strengthen our democracy through their lives, their work, and their example.” 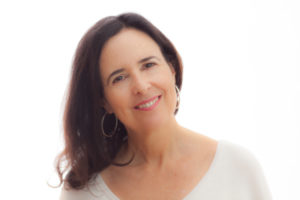 Ruth Behar, an anthropologist at the University of Michigan, wins the award for “Lucky Broken Girl.”

Behar, who was recently recognized with the 2018 Pura Belpré Author Award for her book “Lucky Broken Girl,” was born in Cuba and immigrated to the U.S. after the Cuban Revolution. She is one of 38 immigrants making the list this year.

“I am humbled to receive this recognition because I came to the United States as a child immigrant from Cuba. It is my parents, Rebeca and Alberto Behar, who are truly the ‘Great Immigrants,'” she said. “It is through their hard work and hope and love for me and my brother that we were able to follow our dreams, me to become an anthropologist and writer, and my brother to become a jazz musician. I know that without my familia, I would not have been able to pursue my dreams.”

Vartan Gregorian, president of the Carnegie Corporation said that Andrew Carnegie understood that “immigrants come here to be a part of America, not apart from America.”

“In their faith, their love of family and their patriotism for their adopted land, these ‘Great Immigrants’ have done so much — and will do so much more in the future,” he said. “For this, and for all their contributions, we respect, admire and celebrate them.”

Behar, the Victor Haim Perera Collegiate professor of anthropology at U-M, is also the recipient of a MacArthur Fellows “Genius” Award. She is known for her interdisciplinary thinking about the search for home in our global era and her bold approach to writing in blurred genres that mix ethnography, memoir, fiction and poetry.

In 2015, Behar and her longtime friend poet Richard Blanco launched the bilingual blog Bridges to/from Cuba: Lifting the Emotional Embargo for everyone in the Cuban diaspora, and Cuba itself, to share their stories through poetry, photo essays, personal narratives and interviews.

Behar said having her extended family around was key to helping her and her family succeed.

“That is why as I write these words of gratitude, I feel heartbroken about the families being separated and detained at our border as they attempt to seek asylum,” she said. “I want all immigrants to be given a chance to thrive in our country and for children always to be together with their families during the most difficult journey of all—the journey toward becoming a new person in a new land.”