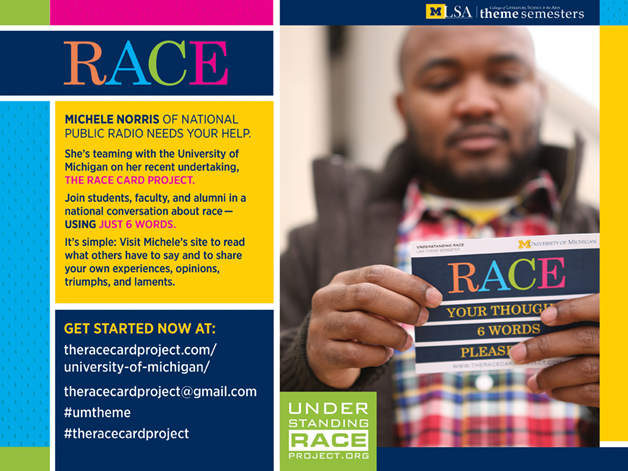 ANN ARBOR—In the last three years, thousands of people across the U.S. have participated in the Race Card Project, an innovative social-issue undertaking created by award-winning journalist Michele Norris.

The project gathers participants’ six-word descriptions of their view of race written on postcards or online forms. Based on the range, quality and number of collected responses, the Twitter-like approach to such a weighty topic is inspiring a deeper and revealing conversation.

Norris arrives in Ann Arbor on March 12 to meet with students, faculty and staff in a formal kickoff of the Race Card Project at the University of Michigan, marking the first partnership between the project and an American university. Cards will be distributed to students at U-M’s Law School, Michigan Union, Haven Hall and Diag on central campus, and Pierpont Commons on north campus. 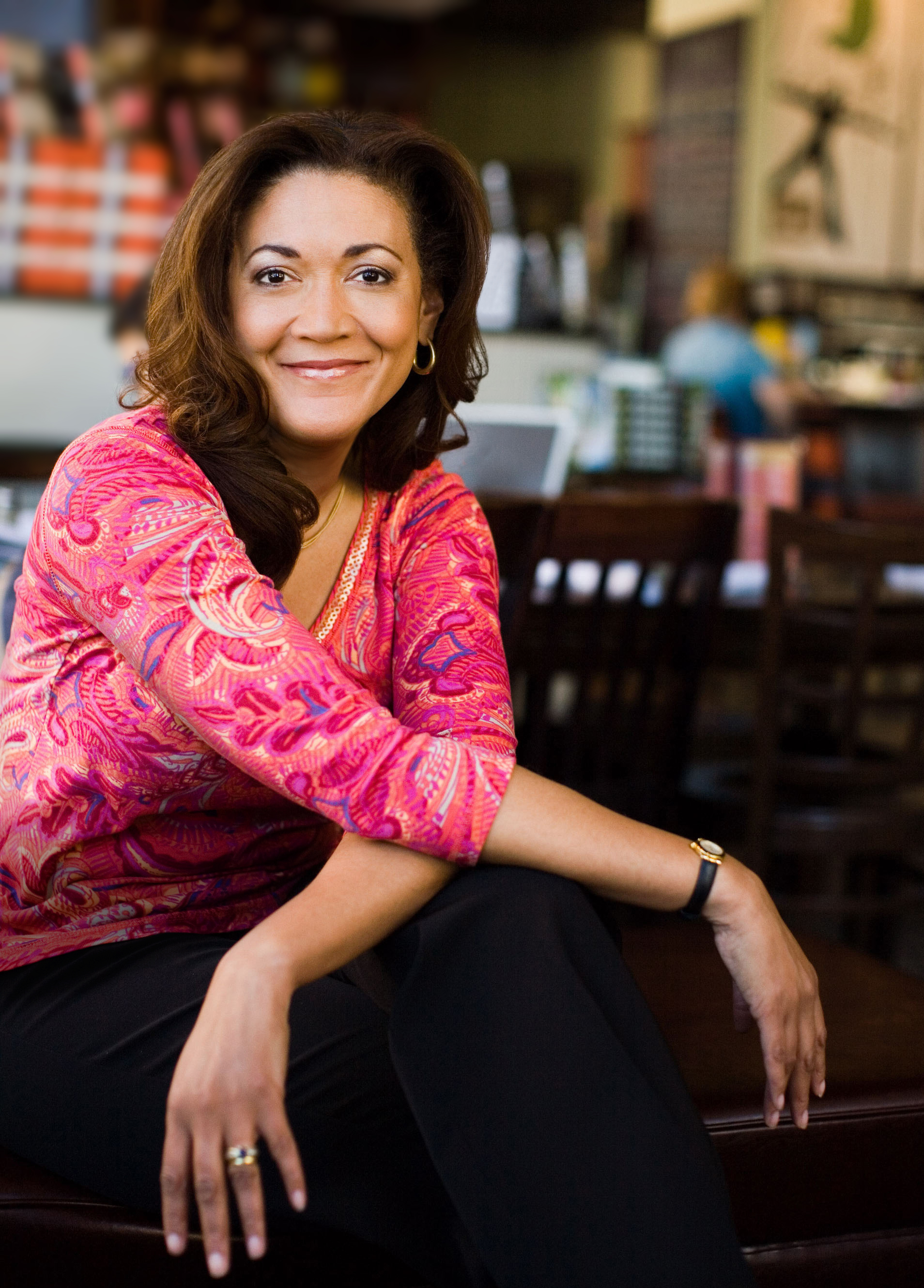 Michele Norris“Despite all the talk about America’s consternation or cowardice when it comes to talking about race, I seemed to have found auditorium after auditorium full of people who were more than willing to unburden themselves on this prickly topic,” said Norris, who returns to campus April 18 when thousands of expected filled-in race cards will be displayed on U-M’s iconic Diag. On that day, she will also conduct a town-hall forum on race at Rackham Auditorium.

U-M’s participation in the Race Card Project comes amid a semester-long exploration of race coordinated by the College of Literature, Science, and the Arts. The theme semester, “Understanding Race Project,” examines the many notions of race through an extensive range of public exhibits, performances, lectures, symposia and more than 130 courses in several disciplines designed to explore the concept and implications of race.

“The Race Card Project is a compelling and novel approach to gather people’s immediate reactions and attitudes about race,” said Martha Jones, co-chair of both U-M’s Understanding Race Project theme semester and Program on Race, Law and History at U-M’s Law School and associate professor of Afroamerican and African studies and history.

“Bringing Michele Norris to campus connects U-M and our work educating students about race into the nonacademic, social world where discourse about race might be less formal, but profoundly revealing.”

During her upcoming two-day visit to campus, Norris will host a Race Card dialogue with U-M President Mary Sue Coleman and her executive officers, who will submit their own six-word descriptions on race, ethnicity and cultural identity. In addition, she will meet with students, who are circulating the postcards on campus.

Norris is currently National Public Radio guest host and special correspondent. She is a former news correspondent for ABC NEWS, and a frequent guest on “Meet the Press” and “The Chris Matthews Show.”

In 2009, the National Association of Black Journalists named Norris Journalist of the Year. During her career, she co-hosted NPR’s Democratic presidential candidate debates, covered Republican and Democratic conventions, and moderated a series of conversations with voters on the intersection of race and politics.

Race and identity are the focus of Norris’ personal account, “The Grace of Silence: A Memoir,” published in 2010. In the book, she delves into family secrets that raise questions about her racial legacy.