U-M is No. 8 biggest producer of Peace Corps volunteers 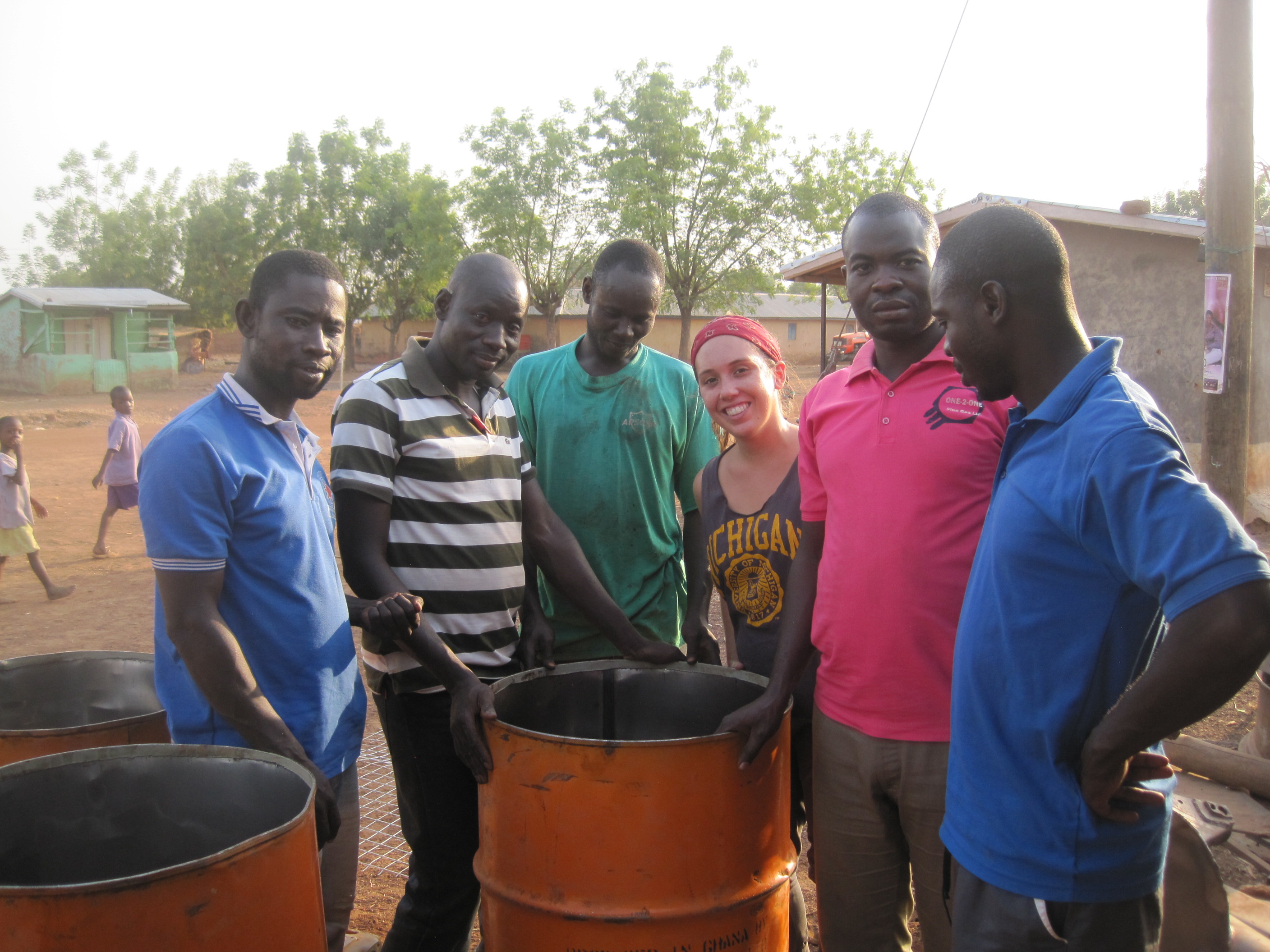 U-M alumna and Peace Corps volunteer Genevieve James gathers with teachers at an incinerator they built for the primary school in her community in northern Ghana. Image courtesy: Peace CorpsANN ARBOR—The University of Michigan was the eighth-largest producer of Peace Corps volunteers last year, with 51 undergraduate alumni serving around the world, the agency has announced.

The university also ranked No. 5 on the Peace Corps’ list of the top-producing graduate schools, with 12 alumni working on sustainable development projects in agriculture, community economic development, education, environment, health and youth development.

U-M has a long history with the agency that was created in 1961, and this is the 15th consecutive year the institution has earned a spot on the annual list. President John F. Kennedy first proposed the Peace Corps while speaking at the university, and U-M is the fourth all-time producer of volunteers, with 2,596 alumni having served in the agency.

“The Peace Corps provides an indispensable opportunity for young people out of college to put their unique skills to work making a difference for communities around the world,” Peace Corps Director Carrie Hessler-Radelet said. “Volunteers make lasting change by living and working at the grassroots level in their communities of service and using their talents to tackle some of the most critical challenges in international development.”

U-M alumna Genevieve James is serving in the Peace Corps in the West African nation of Ghana as a health, water and sanitation volunteer. She has worked with a primary school to build a garden that provides fresh vegetables to 600 students. James also promotes proper sanitation and using treated bed nets to prevent malaria.

“The biggest thing that pushed me to joining Peace Corps is that I wanted a challenge,” said James, who earned a degree in social anthropology with a minor in African studies in 2011. “I wanted to do something that was difficult, would make me think outside the box, and was the opposite of the comforts I had in the U.S.”

The Peace Corps works with U-M to host two on-campus recruiters: Benjamin Morse, who served in Ethiopia, and Katie Collins, who served in Ukraine. They can be reached at 734-647-2182 and peace.corps@umich.edu.