President Biden gets his first opportunity to nominate a U.S. Supreme Court justice after Justice Stephen Breyer, who served on the bench for more than 25 years, announced his retirement this week. 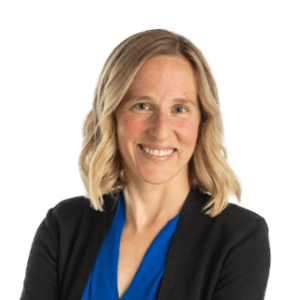 Any nominee won’t change the court’s 6-3 conservative majority, but University of Michigan assistant professor of law Leah Litman says getting Biden’s replacement confirmed before the midterm elections is critical for Democrats in case Republicans retake the Senate.

Litman teaches and writes on constitutional law and federal courts. Her current research focuses on how legal processes and the federal courts constrain and constitute a system marked by profound disparities.

Why is the timing of Justice Breyer’s announcement important?

His decision to retire is an indication of the direction that the Supreme Court is headed in, and also a reflection that Justice Breyer understands the direction that our politics are headed in. He sees that this is a supermajority conservative court that is very interested in aggressively moving the law in conservative directions. He also sees that there is a chance that President Biden might not be able to confirm a justice to the Supreme Court if Republicans win control of the Senate in the midterms.

When he campaigned, President Biden indicated that he would fill a Supreme Court opening with an African American woman. How does Biden navigate this with other groups who may want him to fill the position with someone representing them?

What type of pushback do you expect from Republicans?

We’re likely to hear some complaints about how there is a looming election coming up in the next nine months. Of course, everyone knows that is not a real objection given that Republican senators confirmed Justice Amy Coney Barrett to the Supreme Court as the 2020 presidential elections were already underway and absentee ballots had already been cast. We may also hear some complaints about any particular nominee on how they have views or do not abide by a view of the Constitution that Republican senators like. But that is just a way of saying that there is a president from the opposing political party in charge of selecting a justice. These complaints are standard and shouldn’t amount to much.

What time frame are we looking at to fill the vacancy, and must the position be filled before the court issues rulings on major cases?

So we don’t have the precise language of his retirement announcement yet, but it’s possible it will say something like, “I will retire at the end of this term upon confirmation of my successor.” What that will mean is Justice Breyer will stay on the Supreme Court to hear all of the cases that the court has scheduled for arguments this term, which will end in June. And then, the Senate could confirm his replacement over the summer before the court starts its next term in October 2022.

When historians look back on Breyer’s tenure, what will they say about it?

I think they will describe him as a forever optimist and pragmatist. He was someone who always believed in the possibility of compromise and the idea that our government works and should work for everyone. Those are evident through lines in the many different cases he decided.