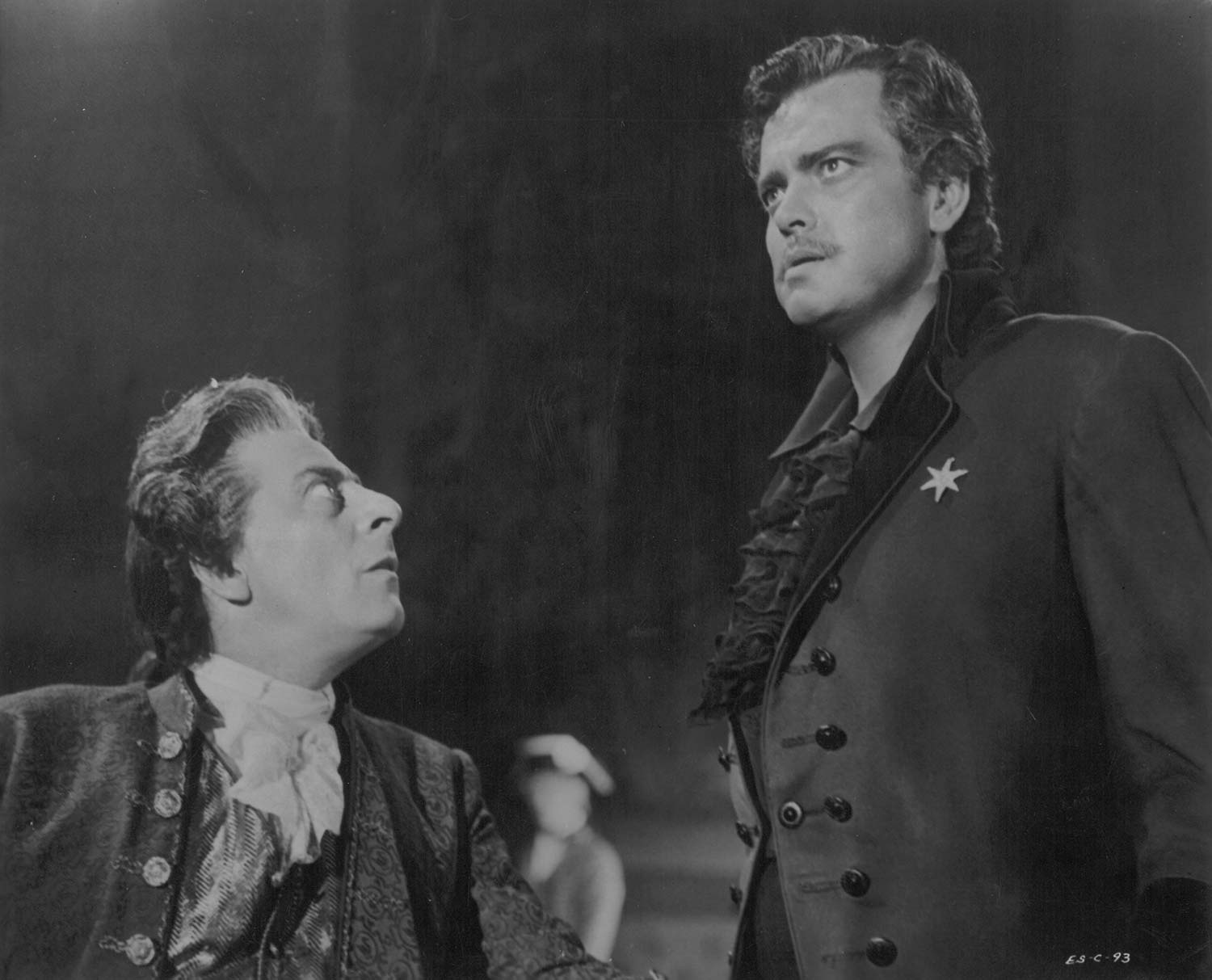 A scene from Black Magic (directed by Gregory Ratoff, 1949). Dr. Mesmer (Charles Goldner, left) hypnotizes Cagliostro (Orson Welles, right). Courtesy the University of Michigan Library (Special Collections Library)ANN ARBOR—Though he is considered by many as one of the world’s greatest filmmakers, Orson Welles was an actor, producer, writer and radio broadcaster. He was also notorious for leaving many of his projects unfinished.

Perhaps that is what makes the Welles collections at the University of Michigan so intriguing.

“Not a week goes by that somebody from somewhere in the world doesn’t inquire about something in these archives,” said Philip Hallman, curator of U-M’s Screen Arts Mavericks and Makers collection. “The reality is, there’s a lot yet to be discovered, which is why we’re excited to be adding more to our already extensive Welles holdings.”

Archivists at the U-M special collections library have started to process eight boxes of materials shipped from Oja Kodar’s home in Croatia that arrived this month. Kodar—who will be present at the upcoming Orson Welles symposium at U-M—is a Croatian actress, screenwriter and director who was Welles’s partner during the final 24 years of his life.

Hallman confirmed that this particular acquisition stands out because the contents are “much more personal” than the other five U-M Welles collections.

Though only having begun to scratch the surface, they have unpacked many unpublished photographs, notes between him and his first wife, letters from fellow Hollywood directors, and scripts containing magic trick patter for television shows that he frequented.

It’s possible, however, that the most important finding within the incoming collection includes portions of a very raw draft of his incomplete, unpublished personal memoir, tentatively titled “Confessions of a One-Man Band.”

The draft, written on a typewriter and containing handwritten notes and edits throughout, includes passages about his mother and father; his second wife, actress Rita Hayworth; his friend, writer Ernest Hemingway; and director D. W. Griffith—to name a few.

“If you think of it as puzzle, this is another important piece that brings us closer to being able to see the bigger picture,” Hallman said. “Having an opportunity to look at him as a father, as a husband, as a friend—you get to see what was happening behind the scenes, including the struggles and the missed opportunities and the agony that he was experiencing.” 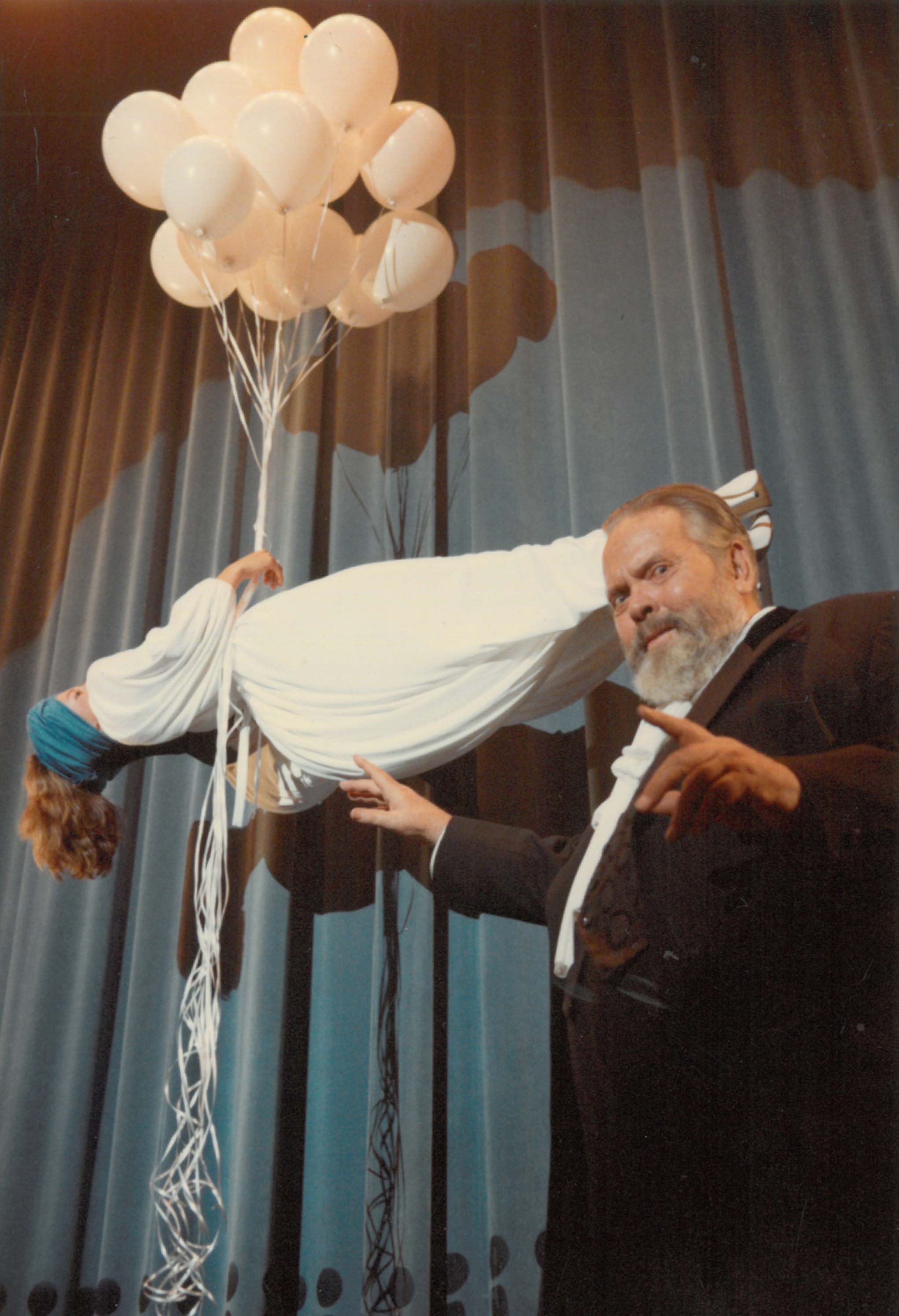 Photograph by Oja Kodar (?): One of several prints of Welles performing a levitation trick, cropped and used for the cover of a special issue of Paris Vogue(1982/1983). Courtesy the University of Michigan Library (Special Collections Library)Hallman, who is still reviewing parts of the memoir that are interlaced throughout the boxes of materials, says that a published autobiography probably won’t happen anytime soon.

“It doesn’t appear to be anywhere near a final draft, but that doesn’t mean that it won’t be important for scholars or researchers,” Hallman said. “There’s a lot of evidence that we’ve found that explains why he didn’t—or couldn’t—finish some of his projects.”

Kathleen Dow, head archivist at the special collections library, anticipates that the recent acquisition will take nearly five months to process before it is available to the public.

Since 2015 marks what would have been the year of Welles’s 100th birthday, Dow said that this year has been particularly busy.

This important addition to the collection comes on the heels of multiple film screenings and a symposium that will celebrate the centenary of Orson Welles at the Cinetopia International Film Festival, where family members and colleagues, scholars, archivists and students will gather to discuss his lasting impact. Events will take place at the Detroit Institute of Arts and at the Michigan Theater in Ann Arbor.