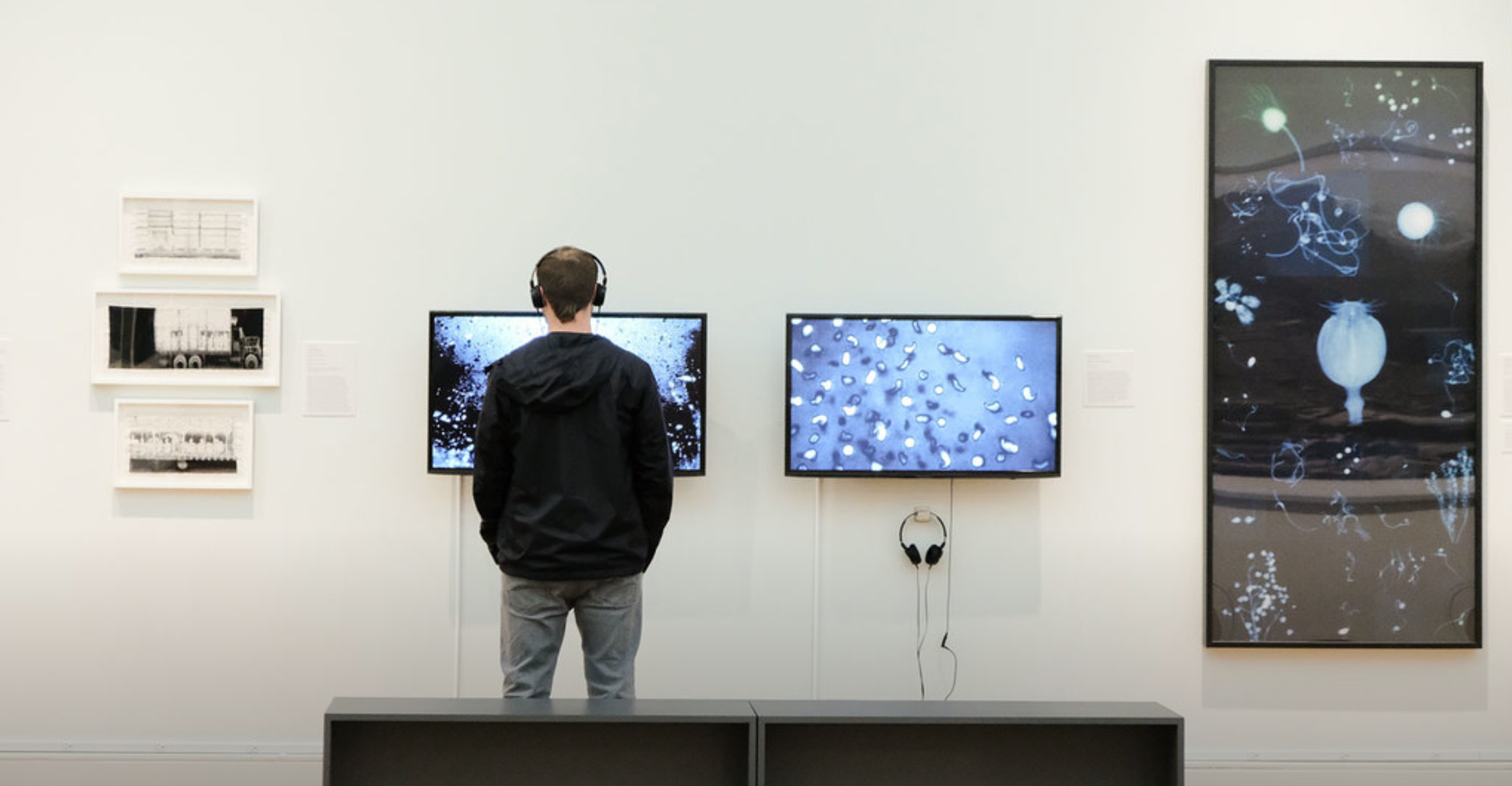 Visitors view works of art in “The World to Come: Art in the age of the Anthropocene,” an exhibition on view at the U-M Museum of Art until July 29. Image credit: Mark Gjukich

ANN ARBOR—In partnership with the Ann Arbor chapter of The Climate Mobilization, the University of Michigan Museum of Art will host a “die-in” protest at 3 p.m. July 27 to raise awareness about the climate crisis and to encourage the community to take action to ensure a sustainable future.

According to Morgan Barrie, a local activist and photographer who worked with UMMA to plan the event, a die-in is a protest meant to illustrate what is at stake if aggressive action isn’t taken to prevent climate change in the coming years. 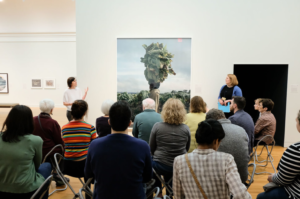 The event will start with the die-in inside the museum where participants will lie or sit motionless in the gallery for 11 minutes—symbolizing the number of years many scientists say is left to enact meaningful change and avert the worst climate catastrophes.

Following the silent protest in the gallery, participants will meet on the museum steps, where a series of local speakers will address the current environmental situation.

“We modeled this event after the Extinction Rebellion die-ins held across the U.K. in April,” Barrie said. “These demonstrations have already made an impact, as many cities, counties and countries there have passed declarations of climate emergency in response to them. My hope is that the die-in can act as a similar catalyst for us here in Ann Arbor.” 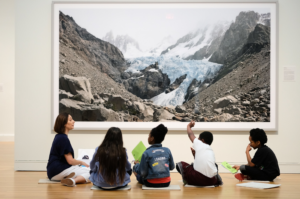 Barrie was inspired to approach the museum about organizing the event after viewing “The World to Come: Art in the Age of the Anthropocene,” an exhibition that explores the physical and social effects of the Anthropocene, a much-debated term used to define a new geological epoch shaped by human activity. The die-in will take place during the exhibition’s closing weekend.

Other exhibition-related events will during the exhibition’s closing weekend, including a final tour of “World to Come” at 2 p.m. and a concluding Eco Club Book meeting at 3 p.m. July 28. The events are free and open to the public. UMMA is located at 525 S. State St. in Ann Arbor.