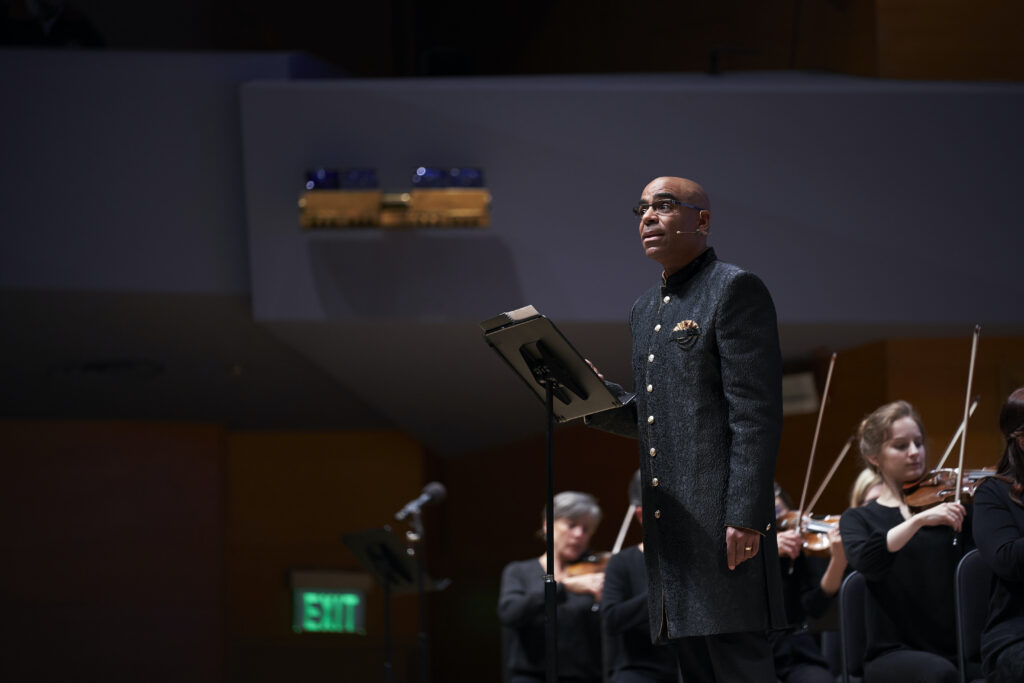 Aaron Dworkin performs during the premiere “The American Rhapsody” with the Minnesota Orchestra on Oct. 19. Image credit: Joseph Scheller

Inspired by the current politically divisive moment in our nation’s history, Aaron Dworkin explores the complexity of our founders in a new spoken word orchestral work.

Dworkin, professor of arts entrepreneurship and leadership at the University of Michigan School of Music, Theatre & Dance, will perform “The American Rhapsody” with the Sphinx Symphony at Detroit Orchestra Hall at 7:30 p.m. Feb. 8.

The work, which he debuted with the Minnesota Orchestra in October, incorporates the writing and speeches of George Washington with 19th-century composer Samuel Coleridge-Taylor’s “Symphonic Variations on an African Air” to explore themes of race, society and human nature.

Among his many accolades and honors, Dworkin is a former MacArthur Fellow, President Obama’s first appointment to the National Council on the Arts, and Gov. Snyder’s appointment to the Michigan Council for Arts & Cultural Affairs. The former dean of the U-M School of Music, Theatre & Dance, he also founded the Sphinx Organization, a Detroit-based arts nonprofit whose mission is to “transform lives through the power of diversity in the arts.”

How did the idea for “The American Rhapsody” come together? 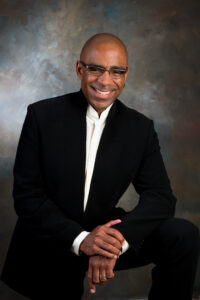 Aaron Dworkin, professor of arts entrepreneurship and leadership at the University of Michigan School of Music, Theatre & Dance, will perform “The American Rhapsody” with the Sphinx Symphony at Detroit Orchestra Hall at 7:30 p.m. Feb. 8. Image credit: Dwight Cendrowski

Dworkin: Aaron Copland’s “Lincoln Portrait” takes the words of President Lincoln and brings them together with music. But it’s mostly a narration with music as background. I’ve spent much of my professional career creating pieces where the spoken word text integrates with the music and becomes a unified artistic expression. I wanted to provide a commentary about the complexity of our human nature, who we are and how we function as a society, so I began looking at the words and writings of George Washington. He is interesting to me because he had important things to say about democracy and about how we look at self-government, but he also owned 317 slaves.

In looking at music, I needed a piece that’s very evocative, but I also wanted to find a piece that, because of its composer, could be part of the statement. I thought not only taking the words of the leader of our rebellion against Britain and putting it with the music of a British composer, but also a black British composer, Samuel Coleridge-Taylor.

How did your background and experience inform this piece?

Dworkin: I was adopted at the age of two weeks by a young white Jewish couple who also had a biological son, who is my older brother. Fast forward 31 years, I was reunited with my birth father, a black Jehovah’s Witness, and my birth mother, who’s white, Irish Catholic. They were married and had another child who they did raise, my sister. So that kind of black, white, Jewish, Irish, Catholic, Jehovah’s Witness, the mixture that comprises who I am, finds its way into most artistic things that I do.

Why is ‘now’ the right time for “American Rhapsody?”

Dworkin: The arts are an incredible vehicle through which we can experience our shared similarities and celebrate our differences rather than vilify them. And I hope that this piece in particular helps to provide a commentary on our democracy and on small democratic values that we all share, regardless of political party. Some of George Washington’s commentary on political parties is relevant today after several hundred years, and hopefully seeing the words and the mindset of the forefather of our democracy can provide a vehicle of reflection. 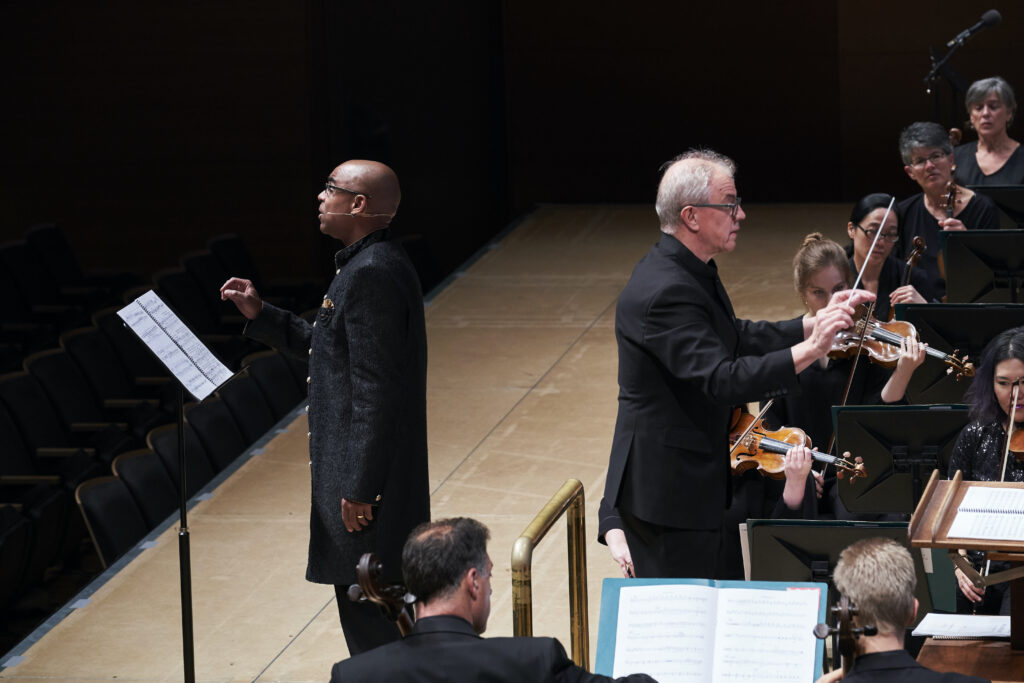 “The American Rhapsody” debuted in Minnesota in October. What can you say about the first performance and bringing it to Michigan in February?

Dworkin: It was an extraordinary honor to be able to premiere with the Minnesota Orchestra and Osmo Vänskä conducting. It’s also very special for me to bring it home to Detroit, not only geographically in terms of Detroit and southeast Michigan, but also having the honor to perform it with the Sphinx Symphony. I always felt that it wasn’t my role to artistically be involved, so I’ve never performed with them. So in that way, bringing “American Rhapsody” home both geographically and artistically is something that I’m really looking forward to. And I think that the Detroit audience is really going to enjoy the piece because so many of the issues are very germane to Detroit and to our community.