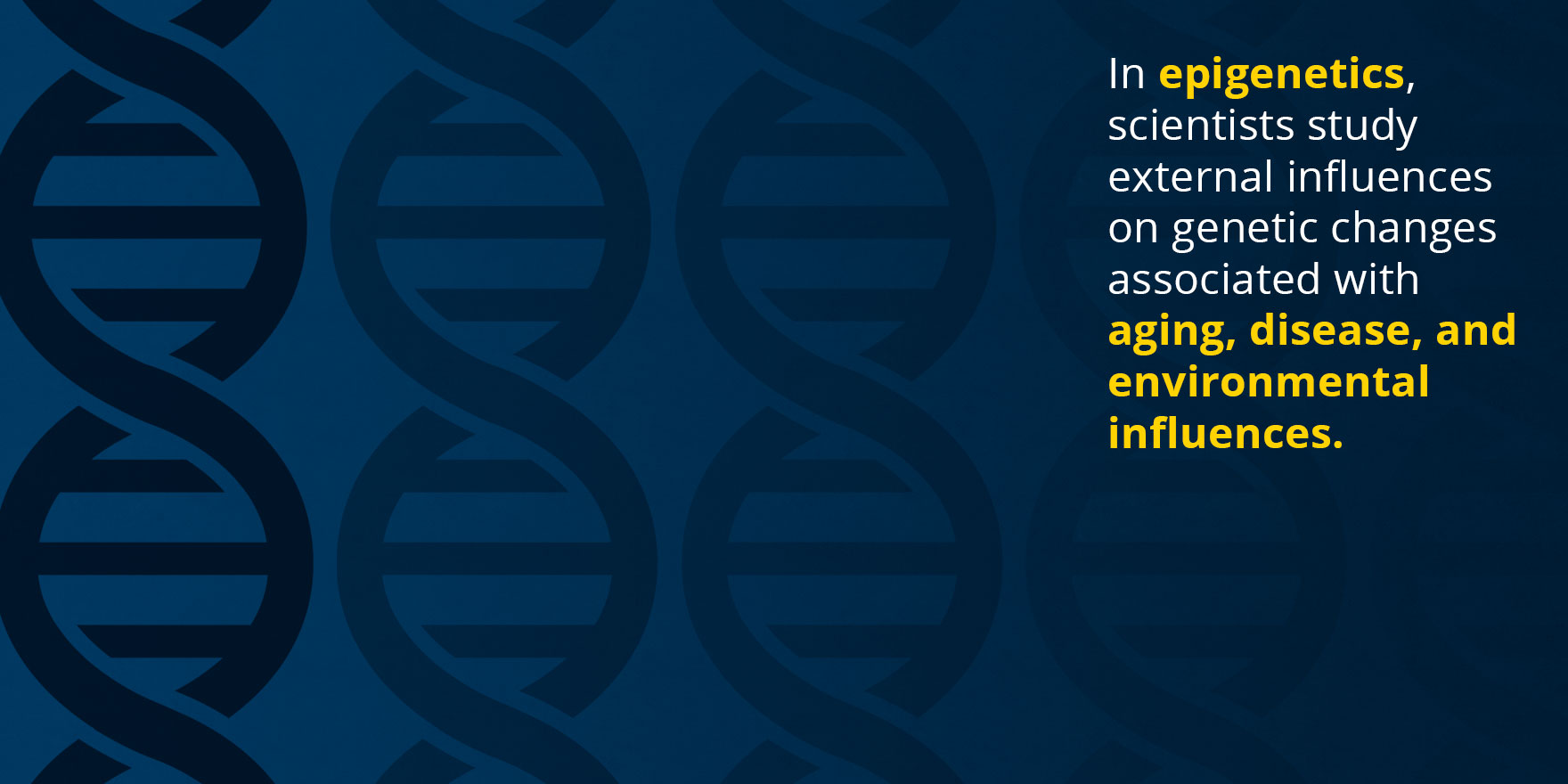 ANN ARBOR—Researchers at the University of Michigan have been awarded $2.4 million through a National Institutes of Health program to explore bold ideas that have the potential to catapult fields forward and speed the translation of research into improved health.

Together with a colleague at the University of Minnesota, researchers at Michigan’s School of Public Health and Medical School received one of eight Transformative Research Awards given under the NIH Common Fund’s High-Risk, High-Reward Research program. The four-year grant will help the Michigan-led team advance the field of epigenetics.

“We have assembled a team of exceptionally creative individuals with diverse scientific backgrounds, which allows us to push the frontiers of epigenetic science. If successfully completed, this project will greatly transform the technologies currently used in epigenomics research and their translation to clinical settings.”

Dolinoy and colleagues Maureen Sartor, associate professor of bioinformatics at the University of Michigan Medical School, and Christopher Faulk, assistant professor of functional genomics at the University of Minnesota, will use a class of Ribonucleic acid (RNA) called Piwi-interacting RNA (piRNA) to develop technology that will target and “turn off” genes that are likely to become defective. This is known as gene silencing.

Since piRNA is a cellular mechanism evolved to silence genes at the transcriptional level (the first step of gene expression during which RNA copies of DNA are produced), it can act permanently and acutely. This is unlike other RNAs that act at the translational or second major level—once the errant gene has been produced—and require repeated treatments.

Using the widely accepted Agouti mouse model, effective gene silencing can be easily measured by shifts in coat color and mouse stress behavior. While at the outset the proposed experiments and expected findings may seem trivial—changing fur color and stress response of mice—the implications are enormous, the researchers said. If successful, these results will not be incremental, but will represent a groundbreaking method to alter the epigenome with visually arresting evidence, directly applicable to human disease.

“Such tools would result in exceptional high impact for not only biological studies but also potential therapeutics,” Faulk said. “The major strength in our piRNA approach is that changes in epigenetics will be propagated by biological maintenance pathways that are already present in mammals, including humans. Thus, piRNA use in the laboratory and clinic will be effective and long-lasting.”

Under the NIH Common Fund, 78 awards were announced in four categories, including the Transformative Research Award. Funding totaled $121 million.

“This program has consistently produced research that revolutionized scientific fields by giving investigators the freedom to take risks and explore potentially groundbreaking concepts,” said NIH Director Dr. Francis Collins. “We look forward to the remarkable advances in biomedical research the 2015 awardees will make.”