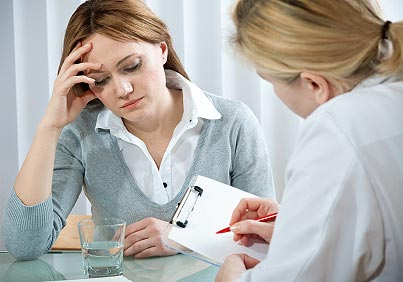 ANN ARBOR—Teens who are prescribed pain relievers, such as Vicodin and OxyContin, are at “notable risk” for abusing opioid drugs, says a University of Michigan researcher.

Carol Boyd, U-M professor of nursing and women’s studies and a research scientist at the U-M Addiction Research Center, says there are many reasons why adolescents misuse opioid prescriptions—including increased tolerance to the medication, which can lead to continued use of the drug after the initial prescription is finished.

“There is evidence that once an adolescent has been medically exposed to a potentially addictive medication, adolescents are more likely to engage in nonmedical use and diversion, including buying, selling and giving away pills,” said Boyd, who will present the data this week at the Association for Medical Education and Research in Substance Abuse conference.

The Food and Drug Administration recently proposed a tightening of its rules regarding hydrocodone formulations (e.g., Vicodin), recommending that these opioid medications should have stricter controls in place like OxyContin.

During the conference, Boyd will receive the 2013 Betty Ford Award for her significant impact on the field of alcohol and drug abuse, particularly with regards to women’s issues, substance abuse education and recovery.

Boyd has been committed to reducing prescription drug abuse among adolescents, dedicating the past 10 years to studying the misuse and abuse of controlled medications by youth and young adults.

With funding from the National Institute on Drug Abuse, Boyd and her team recently sampled more than 2,600 Michigan students who completed a web-based survey about substance use, behavior disorders and pain symptoms.

Adolescents in this latter group get high, experiment or create altered states with someone else’s medications, while those with medical clearance used their own prescription drugs. It is the nonmedical sensation-seekers that Boyd believes are at greatest risk for drug-related problems.

However, all teens in the study who use prescribed opioids had substance use and behavioral disorders that, while not as severe as nonmedical sensation seekers, were significantly higher than youth who had never received a prescription for an opioid painkiller.

When factoring in gender differences among medical users, girls with opioid prescriptions were at greater risk for some behavioral problems that were different from their male counterparts.

Boyd says the findings suggest, among other things, that a motive behind the use of narcotic painkillers may be more relevant than the means of obtaining the medication when considering adolescents’ prescription drug abuse.