Awarded annually since 1955, the fellowships honor scholars in the United States and Canada whose creativity, leadership and independent research achievements make them some of the most promising researchers working today. This year’s U-M winners are:

“To receive a Sloan Research Fellowship is to be told by your fellow scientists that you stand out among your peers,” said Adam Falk, president of the Alfred P. Sloan Foundation. “A Sloan Research Fellow is someone whose drive, creativity and insight make them a researcher to watch.” 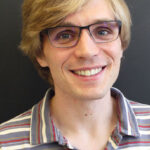 Past Sloan Research Fellows include many towering figures in the history of science, including physicists Richard Feynman and Murray Gell-Mann, and game theorist John Nash. Fifty fellows have received a Nobel Prize in their respective field, 17 have won the Fields Medal in mathematics, 69 have received the National Medal of Science, and 19 have won the John Bates Clark Medal in economics, including every winner since 2007.

Fellows from the 2020 cohort are drawn from a diverse range of more than 60 institutions across the U.S. and Canada, and receive a two-year, $75,000 fellowship which can be spent to advance the fellow’s research.

“There is a wide variety of winning institutions, but each one has successfully attracted, retained and nurtured truly promising junior faculty,” said Daniel Goroff, director of the Sloan Research Fellowship program. “The Alfred P. Sloan Foundation is proud to join with these institutions in recognizing and supporting scientific leaders of the future.” 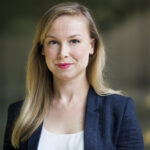 Candidates must be nominated by their fellow scientists and winners are selected by independent panels of senior scholars on the basis of a candidate’s research accomplishments, creativity and potential to become a leader in his or her field. Nearly 1,000 researchers are nominated each year for 126 fellowship slots.

The Alfred P. Sloan Foundation is a not-for-profit, mission-driven grantmaking institution founded in 1934 by industrialist Alfred P. Sloan Jr. The foundation makes grants each year in three broad areas: direct support of research in science, technology, engineering, mathematics and economics; initiatives to increase the quality and diversity of scientific institutions; and efforts to enhance and deepen public engagement with science and scientists.