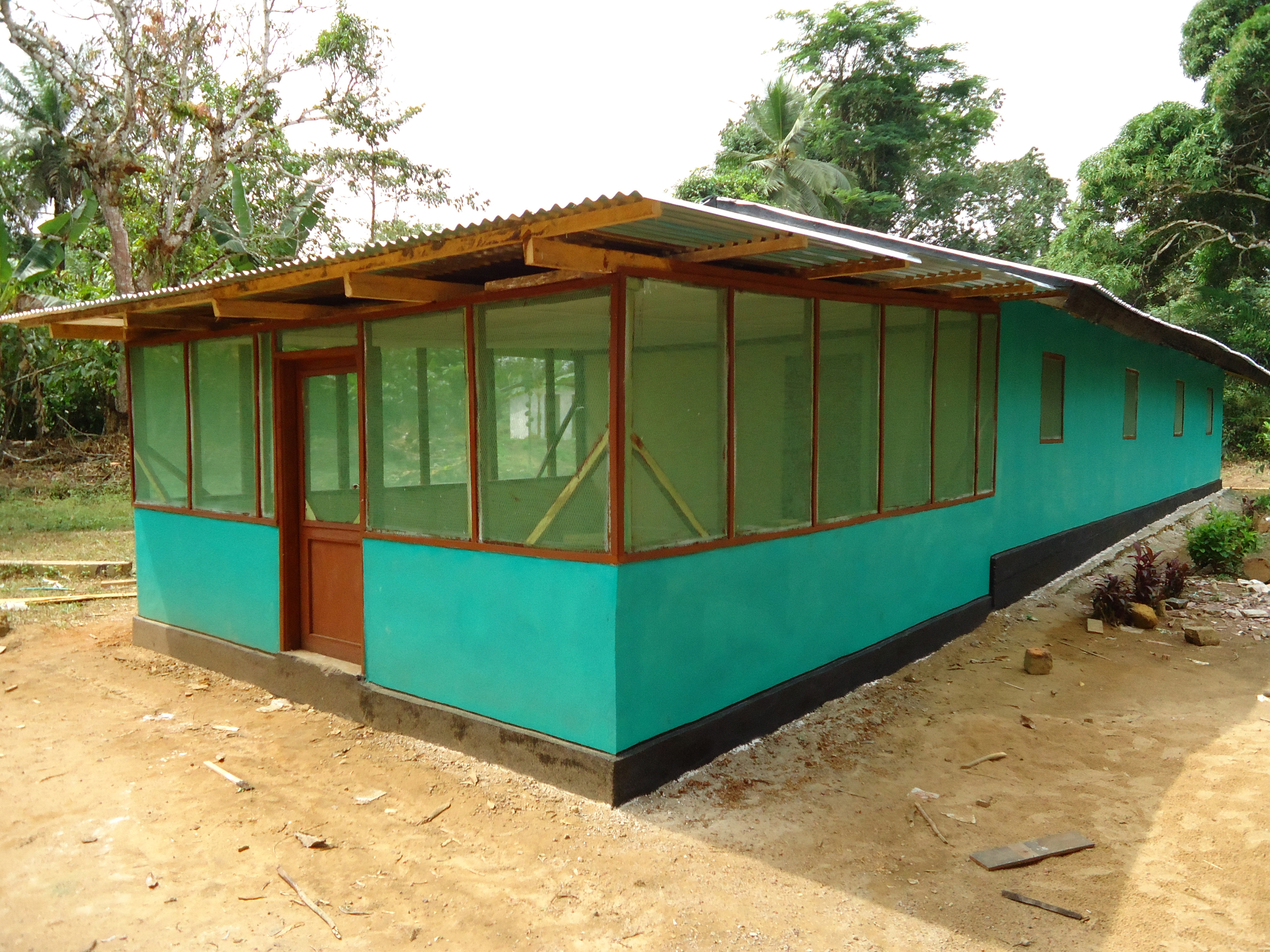 The newly completed maternity waiting home in Yila, Liberia. Courtesy of Jody Lori ANN ARBOR—Two University of Michigan School of Nursing researchers are part of a new project that aims to improve the prospects for expectant mothers and children in the West African nation of Liberia, which has one of the world’s highest maternal mortality rates.

Six new maternity waiting homes are under construction in rural Liberia. The goal is to improve mother and child health by increasing access to safe delivery services at rural health clinics staffed by skilled birth attendants, often a nurse and a nurse midwife. The maternity waiting homes are being built near the clinics to reduce the distance expectant mothers need to travel when delivery time is near. 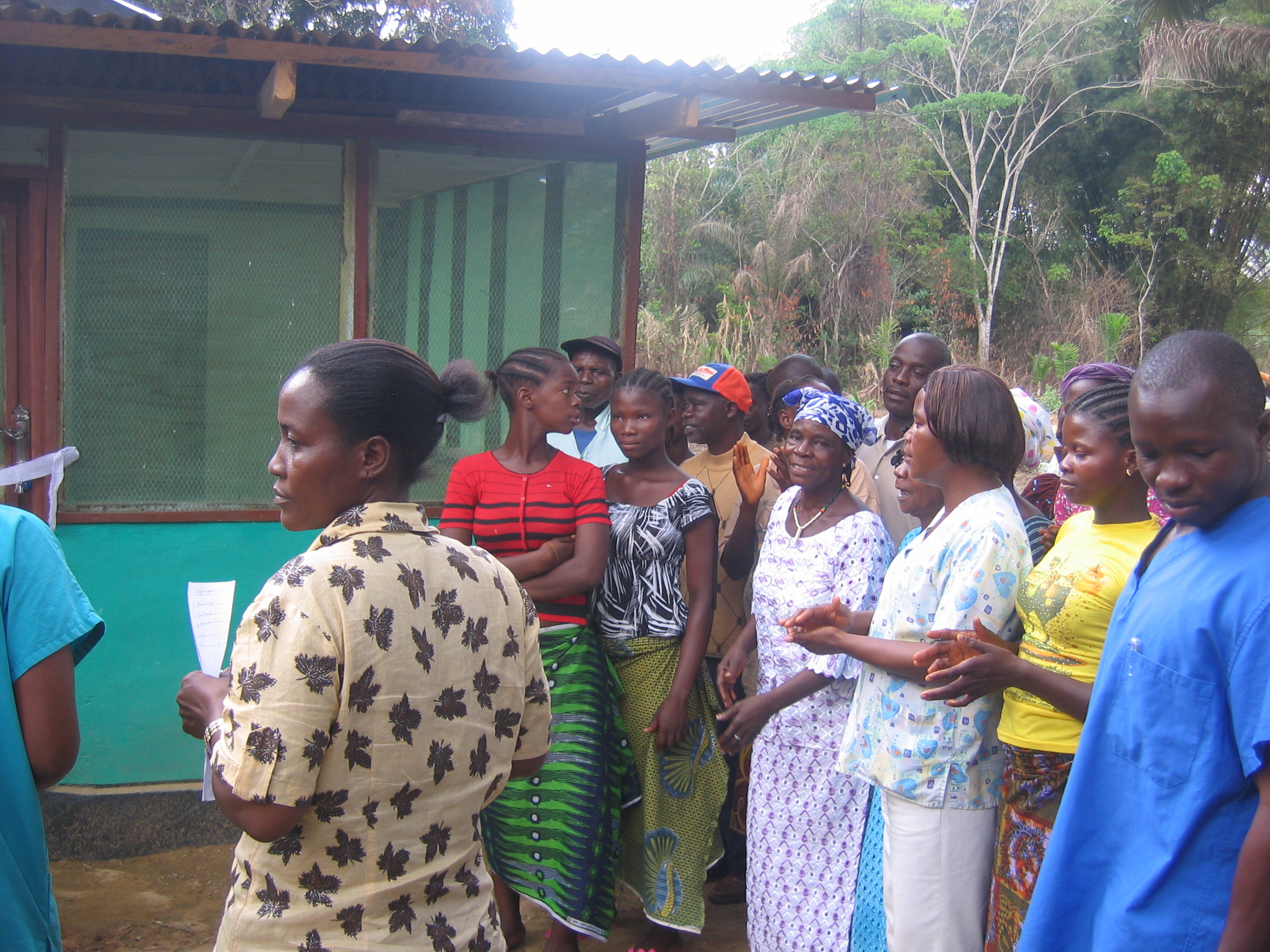 Construction of a maternity waiting home in Zebay, Liberia. Courtesy of Jody Lori“The idea of these maternity waiting homes is to provide a home-like environment for women to go in the last few days—or even a couple of weeks—before their due date,” said Jody Lori, a clinical assistant professor at the School of Nursing. “That way, when they go into labor, the clinic is right there.”

Liberia’s high rate of maternal mortality is partly due to the long distances women must travel to reach clinics, Lori said. Most women in rural Liberia give birth at home with the aid of a traditional birth attendant. The goal of the maternity waiting home project is to get more expectant mothers into clinics staffed by a nurse and a nurse-midwife. 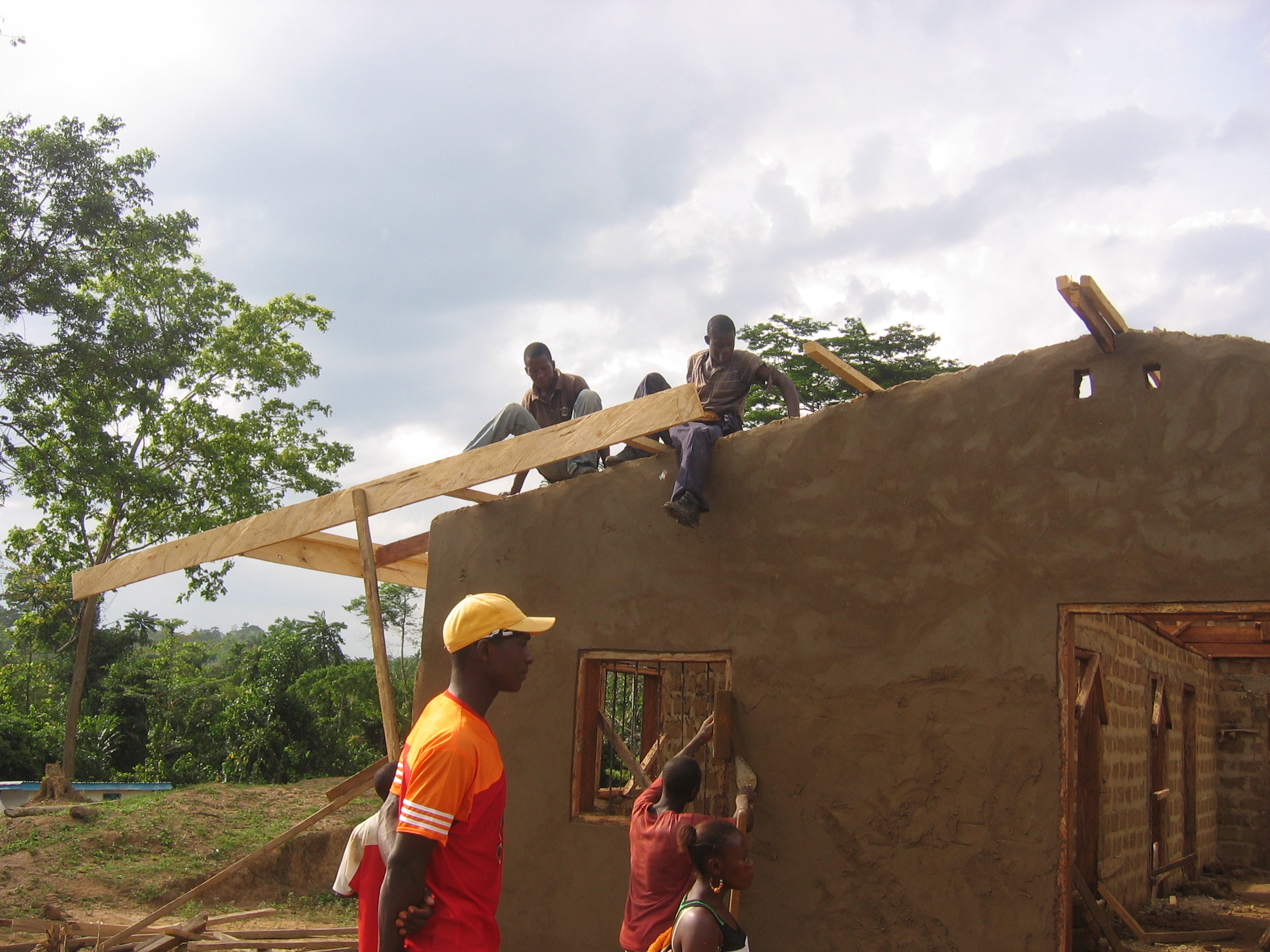 Construction of a maternity waiting home in Zebay, Liberia. Courtesy of Jody Lori“I expect to see an increased use of skilled birth attendants, and that in itself should impact the mortality and morbidity rates for both mother and child,” Lori said.

The waiting home project is funded by a $1.75 million grant from the U.S. Agency for International Development to Africare, a nongovernmental organization that is a leader in development assistance and humanitarian aid to Africa. Lori and nursing professor Carol Boyd received a four-year, $355,000 sub-contract last year to assess the effectiveness of maternity waiting homes.

Three of the waiting homes have been completed, with three more in the works. The four-room homes include an outdoor bathroom, a kitchen area and a screened porch; each building can house up to eight women.

To determine if these homes make a difference, Lori and Boyd will collect health data about pregnant women and the outcome of their pregnancies from five clinics near maternity waiting homes. That information will be compared to data gathered at five clinics without nearby waiting homes. 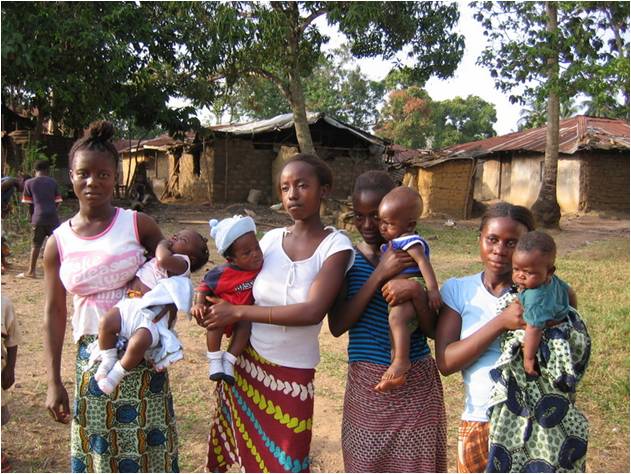 Liberian mothers with their babies. Courtesy of Jody LoriThe data will be texted by cell phone from the clinics to a central location. Lori and Boyd are building a team of student assistants to help with the data delivery and analysis portion of the project. So far, the team includes two School of Nursing students, a Medical School student, and a recent graduate of the College of Engineering.

The U-M portion of the project is titled “Innovation, Research, Operations and Planned Evaluation for Mothers and Children” and is known at I-ROPE. Boyd is director of the U-M Institute for Research on Women and Gender.