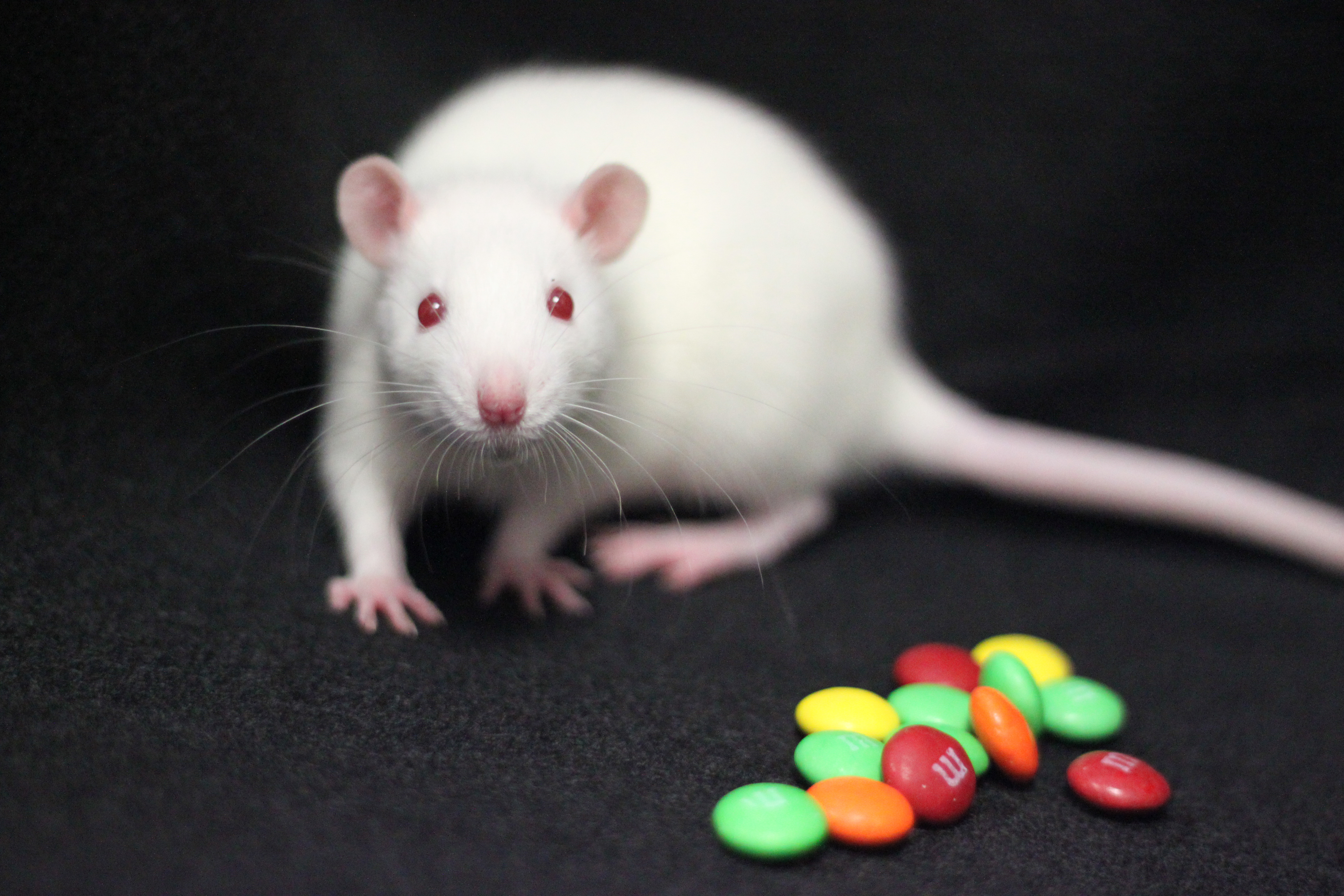 When U-M researchers gave extra morphine-like drug stimulation to the top of the neostriatum in rats, it caused the animals to eat twice the normal amount of sweet fatty food. For this study, that food was M&M milk chocolate candies. The neostriatum is located near the middle and front of the brain. Image credit: Alexandra DifeliceantonioANN ARBOR—A part of the brain usually thought to control movement also may cause people to overeat, say University of Michigan researchers.

A new study appearing in the current issue of the journal Current Biology indicates that a new brain mechanism in the neostriatum produces intense motivation to overeat tasty foods.

The neostriatum, located near the middle and front of the brain, has traditionally been thought to control only motor movements (this is the part of the brain that is damaged in patients with Parkinson’s disease and Huntington’s disease). Yet for several years, it has been known that the neostriatum is active in brains of obese people when viewing or tasting foods, and in brains of drug addicts when viewing photos of drug-taking.

The research showed that an opium-like chemical—enkaphalin—produced naturally in the brain is a mechanism that generates intense motivation to consume pleasant rewards, says Alexandra DiFeliceantonio, a doctoral student in psychology and the study’s lead author.

When researchers gave extra morphine-like drug stimulation to the top of the neostriatum in rats, it caused the animals to eat twice the normal amount of sweet fatty food. For this study, that food was M&M milk chocolate candies.

“The same brain area we tested here is active when obese people see foods and when drug addicts see drug scenes,” DiFeliceantonio said. “So it seems likely that our enkephalin findings in rats mean that this neurotransmitter may drive some forms of overconsumption and addiction in people.”

Researchers measured levels of enkephalin using a painless microdialysis probe while rats were allowed to eat as much chocolate as they wanted. They found that enkephalin levels surged dramatically as soon as the rats started to eat, and remained high as long as they ate.

In addition, when researchers gave a painless microinjection of an opioid-stimulating drug in the rats’ neostriatum, the rats ate double the amount of chocolate.

DiFeliceantonio and colleagues mapped where extra drug stimulation of opioid receptors affected eating habits. They found that overeating was only caused in one region at the front and center part of the neostriatum (called the anterior-medial region of dorsal neostriatum).

“Finding the brain mechanisms for overconsumption is a step towards designing better biological-based treatments for obesity and binge eating disorders,” DiFeliceantonio said.