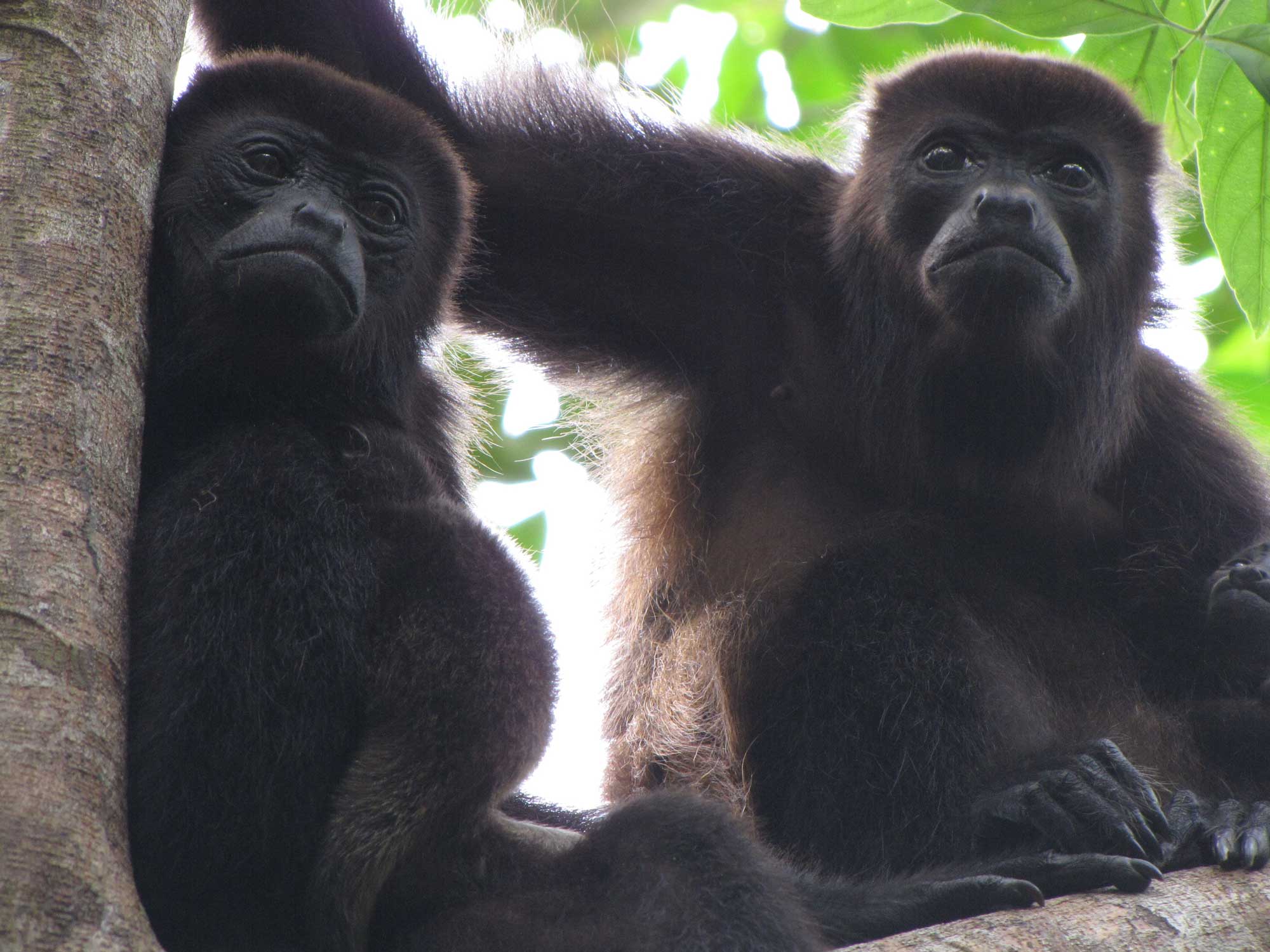 Liliana Cortés-Ortiz and Kimberly Williams-Guillén are assembling a multi-institution team of experts to test various scenarios that might explain the Nicaraguan deaths, which come on the heels of smaller howler monkey mortality events in Ecuador and Panama.

Williams-Guillén is also the director of conservation science for Paso Pacífico, an environmental nonprofit that works in Nicaragua’s Pacific forests. She said her group has confirmed at least 75 deaths reported by Nicaraguan landowners and forest rangers, 70 of them since mid-January.

Williams-Guillén plans to return to Nicaragua in a few days to investigate the monkey deaths and to look for other sick or recently deceased howlers.

At this early stage, the researchers have four main cause-of-death hypotheses they’d like to investigate. They want to know whether the deaths were caused by: 1) drought or some other environmental stress resulting in lack of food or water; 2) poisoning by ingestion of plants containing high levels of toxic compounds; 3) pesticides or some other form of environmental contamination; or 4) a pathogen such as a mosquito-transmitted virus like yellow fever or Zika.

“We don’t know why this is happening, and we need to find out,” said Cortés-Ortiz, a research associate professor in the U-M Department of Ecology and Evolutionary Biology who studies primate evolution. “So we are putting together a team of experts to test all possible scenarios in the three countries where howler deaths have been reported.”

Cortés-Ortiz has studied howler monkeys in Mexico, Panama and Peru. She is the Mesoamerican regional coordinator of the Primate Specialist Group, which is part of the International Union for the Conservation of Nature.

“It is critical to conduct the proper tests and analyses to identify the cause of death for these howler monkeys and to understand whether the deaths in the different countries are related,” she said. “At the same time, we need to avoid unfounded speculation and wait until we have solid information.” 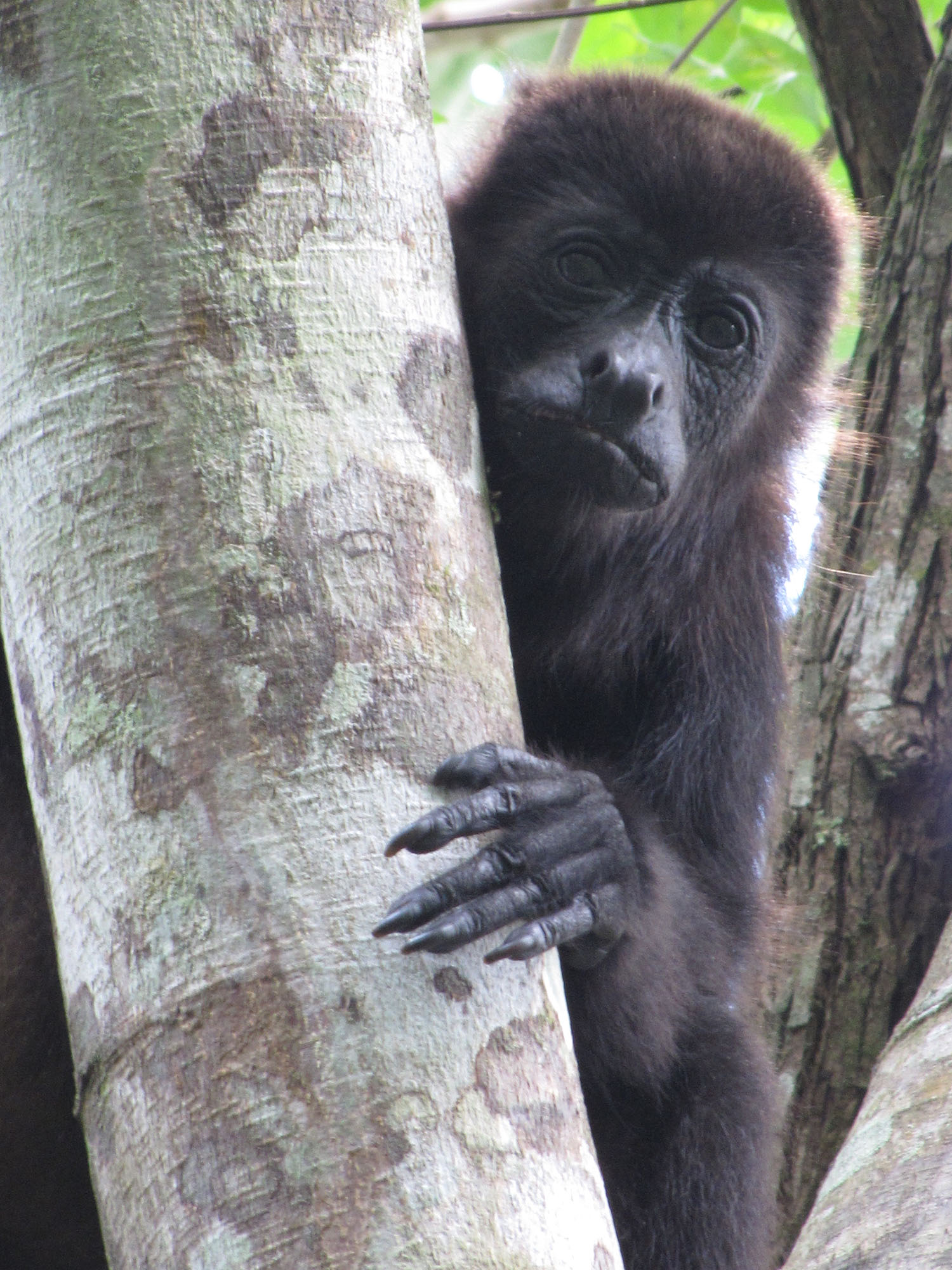 A female mantled howler monkey in Tabasco, Mexico. Image credit: Milagros GonzalezExamination of some of the dead monkeys by the Paso Pacífico team showed mild dehydration, and the animals had full stomachs. That argues against lack of food or water as the primary cause of death, Williams-Guillén said.

The researchers hope to collect tissue samples from dead howler monkeys and test for the presence of various pathogens, including the yellow fever virus and Zika, which are related. Those tests will be conducted at one of the partner institutions, not at the University of Michigan.

While howler monkeys are known to be highly susceptible to the yellow fever virus, the disease has not been reported in Nicaragua for many years. And while Nicaragua has reported more than two dozen human cases of Zika recently, it is not known if the Zika virus sickens New World monkeys, Williams-Guillén said.

“We have absolutely no evidence that these howler monkey deaths are due to Zika virus,” she said. “Even so, it is legitimate to mention Zika in this context because it’s an emerging infectious disease that has recently been detected in the same country where we’re finding these dead primates.”

The U-M researchers will collaborate with researchers at several U.S. and Latin American universities who will analyze the blood and tissue samples. But before that can be done, various regulatory hurdles must be cleared.

This month, Paso Pacífico applied for a research permit from Nicaragua’s environmental ministry. The permit includes language that would allow the group to collect samples from dead howler monkeys and ship them out of the country for analysis, Williams-Guillén said.

Other permits will be required to export the samples from Nicaragua and to bring them into the United States. The import permits will require approval from the U.S. Centers for Disease Control and Prevention and the U.S. Fish and Wildlife Service. The Disney Conservation Fund has provided emergency support to Paso Pacífico to pay for the studies.

Howler monkeys in Nicaragua, Panama and Ecuador are not considered threatened or endangered. But the International Union for the Conservation of Nature recently categorized them as “near threatened,” due largely to habitat loss and fragmentation, according to Cortés-Ortiz.

Large howler monkey die-offs could result in local population extinctions, which would impact the tropical dry forests where the primates live, Cortés-Ortiz said. Howler monkeys are fruit eaters and disperse plant seeds when they defecate, helping to maintain forest health.