Curious about whether these cases reflected a wider trend, Kenneth Lowande, an assistant professor of political science and public policy at the University of Michigan, studied the issue.

He found that despite the attention both cases received, there was no evidence of systematic discrimination against same-sex couples seeking marrriage licenses across the United States.

“From a big-picture standpoint, that’s good news, if you want the law to be enforced the way the U.S. Supreme Court has advised it should be,” said Lowande, a faculty associate at the Institute for Social Research’s Center for Political Studies. “One possible explanation is that this is a set of people who tend to be local officials, many of whom are unelected with no particular ideological bent.” 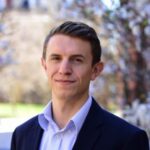 To test their hypothesis, Lowande and co-author Andrew Proctor, a postdoctoral research associate at the University of Minnesota, reached out to more than 4,000 jurisdictions that issue marriage licenses in the 48 contiguous states (Hawaii marriage licenses are granted by numerous private individuals; Alaska issues its licenses by cities, counties and the state; and the District of Columbia operates a single marriage bureau).

Lowande and Proctor drafted an email that requested information about getting a marriage license. The email was randomized to be sent from three combinations of couples: male same-sex couples, female same-sex couples and heterosexual couples. The names used in these emails were chosen to provide a “clear signal of gender,” say the researchers.

Lowande says their results are constrained by the fact that the first and last names used in the emails read as white across all regions in the country. The researchers believe there may be important interactions between race and sexual orientation, but plan to leave that to future research.

“This order, which changed the law overnight in the U.S., doesn’t seem to have widespread noncompliance at the local level. There are 6,000 different individuals who have the authority to issue marriage licenses who are totally decentralized.”
Kenneth Lowande

“A big issue with these types of experiments is power, and the more treatments you have, the harder it is to detect a signal from the noise,” Lowande said. “If we multiply the number, we’re no longer going to be able to detect subtle outcomes from the research design.”

To get accurate measurements of whether race or ethnicity play a factor into issuing same-sex licences would require a separate study. Adding a set of first and last names that sounded African American or Latinx would increase the treatment conditions of the study from four combinations to 12 combinations.

“This order, which changed the law overnight in the U.S., doesn’t seem to have widespread noncompliance at the local level,” Lowande said. “There are 6,000 different individuals who have the authority to issue marriage licenses who are totally decentralized.

“But one court says something else, and now all those jurisdictions are required to do something different. This is a success story for judicial directives and respect for the rule of law.”

The study is forthcoming in the American Journal of Political Science.