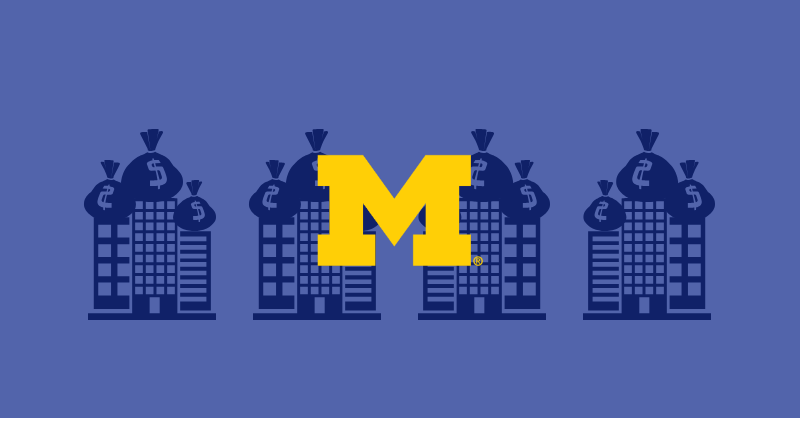 ANN ARBOR—The University of Michigan will make a $2.75 million initial investment into four U-M startups with potential funding of up to $20 million through subsequent financing rounds.

The U-M Board of Regents approved the investments Thursday through the Michigan Investment in New Technology Startups initiative. The MINTS fund, which is overseen by the U-M Investment Office, was started in 2011 to invest directly in technologies and ideas developed by U-M researchers.

The startups—all based in Michigan—range from one that sells a software platform for encouraging collaboration and knowledge sharing to a company that helps dentists detect and treat cavities earlier without drilling. The investments, ranging from $500,000 to $1 million, will help accelerate businesses that directly contribute to the state’s economy.

Eligible startups primarily are those that have licensed technologies that originated in faculty labs. Once a startup has secured an initial round of funding from a qualifying independent venture capital firm, it is eligible for MINTS funding.

The university’s commitment to supporting the success of its startup companies ensures that research discoveries created on campus have the opportunity be brought to the market as new products that will improve our quality of life and enhance societal well-being.

“The university’s commitment to supporting the success of its startup companies ensures that research discoveries created on campus have the opportunity be brought to the market as new products that will improve our quality of life and enhance societal well-being,” said Kelly Sexton, associate vice president for research-technology transfer and innovation partnerships at U-M. “These four investments in startup companies located in Ann Arbor will accelerate the growth of our region’s entrepreneurial ecosystem.”

U-M Tech Transfer as helped more than 129 startups launch since 2010. Of the four companies receiving the funding, one—GreenMark—is a tenant in the office’s accelerator space. And another—MemryX—plans to move in soon. Startups receiving U-M funding are:

“I am thrilled to have my university involved,” Baker said. “My dream is it would be useful for the university.”

The MINTS funding will be funneled into sales and marketing to bring Givitas to a broader market. Its customers include Google, Harvard University, Blue Cross/Blue Shield, Morgan Stanley, General Motors and others.

Other platforms including Yammer, Slack, Facebook’s Workplace and Microsoft teams offer their own pros and cons, but are all ways to tap into a network, Baker said.

“What I saw was a need for a special purpose platform devoted to generalized reciprocity,” he said. “People think of it as paying it forward. You can do that with a number of these platforms, but can’t do it well on a large scale. That’s why we developed Givitas.”