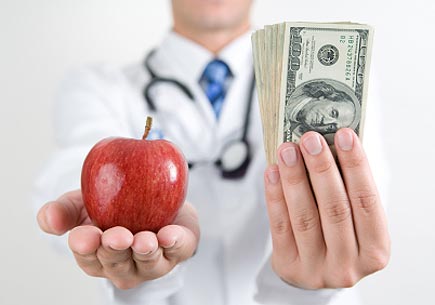 ANN ARBOR—Health care spending is much higher for older Americans than for younger adults and children, on average, and analysts have said that increasing spending leads to longer life expectancy.

But new research from the University of Michigan indicates that aging populations could view things differently.

Conducted by Dr. Matthew Davis, associate professor at U-M’s Ford School of Public Policy and Medical School, and Adam Swinburn, who earned his master’s degree from the Ford School in 2011, the study is the first in the U.S. to estimate health status-adjusted life expectancy—that is, to measure the remaining years of life for different age groups in terms of quality as well as quantity.

The researchers found that, overall, older Americans have markedly worse health compared with younger adults and children. Additional years of life for older people are perceived as less valuable by the individuals living them, compared to years of life experienced by younger people.

In contrast, they also found that as the population ages, the U.S. spends much more on health care but gets substantially less value for that spending—in terms of quality and quantity of life expectancy.

“Today in the United States, we are having essential conversations about the value of health care,” Davis said. “As a primary care doctor, I am concerned that older patients may not be getting much value from relatively expensive health care they are receiving, compared with benefits experienced by younger adults and children for lower amounts of health care spending.”

The researchers said that as Americans age, they are progressively less likely to rate their own health as excellent and more likely to rate it as only good, fair or poor. Overall, this means that with age, the perceived value of each year of remaining life expectancy decreases.

To get more value from spending on health care, the researchers suggest that health and public health programs base more decisions on both cost and benefit.

“If we are guided by which treatments and prevention strategies offer the best value—defined as how much quality outcomes we get for how much we pay—as a country we may be able to spend the same or less on health care than we do now, but potentially have better health as a population,” Davis said.