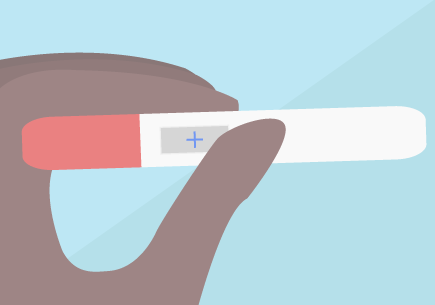 ANN ARBOR—Contrary to prevailing thought, first-time mothers who receive more educational advantages at an early age are more likely to have their first birth result from an unintended pregnancy, a new University of Michigan study found.

For nearly four decades, family planning advocates largely have targeted lesser educated, poorer women for programs intended to reduce unintended births. The U-M study adds depth to the discussion by examining whether educational advantage received in youth is linked to unintended pregnancy—defined as occurring too soon or when not wanted at all.

The findings suggest that increasing education and access to modern contraception to reduce unintended pregnancy may not be the definitive answer.

“The current way that we look at pregnancy intention, which is a hyper focus on whether women are using contraception, specifically long-acting reversible contraception, is missing the mark,” said Akilah Wise, who completed the research as a doctoral candidate in the U-M School of Public Health, working with the Population Studies Center at the Institute for Social Research.

“If we want to fully understand the root causes of unwanted pregnancy, we need to look deeper into the drivers of intention—including how thought processes and motivations to prevent pregnancy are linked to early educational advantage, structural opportunity and other factors that influence how individual women view pregnancy in relation to their personal futures as workers, partners, community members and professionals.”

By expanding the framework used to conceptualize and study unwanted pregnancy, Wise and her colleagues have opened the conversation to allow for broader considerations beyond access to family planning education and contraception. They also challenge traditional assumptions about who experiences unintended pregnancy.

Reducing unintended pregnancies has been a public health priority since 1980. Yet, nearly one-half of pregnancies in this country today are classified as unintended, the researchers say.

Wise and colleagues used the National Longitudinal Survey of Youth, started in 1979, to analyze a sample of more than 3,000 black and white women who gave birth to their first babies by 1994. The average respondent was just under age 24 when she first gave birth.

Wise says the team’s findings seem counterintuitive but make sense when thinking about what motivates women to become pregnant and when.

“Women with more educational advantages under their belt have access to opportunities that provide fulfillment, but also require vigilant pregnancy prevention. If a woman has the desire and opportunity to be a doctor or lawyer, then she is more likely to delay pregnancy,” she said, explaining that a birth that disrupts such plans likely would be described as unintended, even if the mother wants children at some point.

The initial policy implication, she says, is that programs that focus on reproductive health and family planning should pay more attention to what creates a supportive healthy environment for all women to enter motherhood.

Other U-M authors of the study are: Arline Geronimus, professor of health behavior and health education at the School of Public Health, and Pamela Smock, professor of sociology and a research professor at the Population Studies Center.