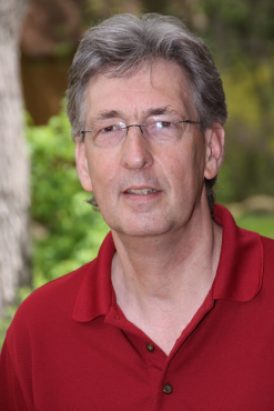 University of Michigan geologist Ben van der Pluijm, a professor in the Department of Earth and Environmental Sciences

ANN ARBOR—More than 100 people were killed and nearly 200 remain missing after the violent eruption of Guatemala’s Fuego volcano June 3. Meanwhile, lava has destroyed more than 600 homes on Hawaii’s Big Island since early May in the latest eruption of the Kilauea volcano.

University of Michigan geologist Ben van der Pluijm, a professor in the Department of Earth and Environmental Sciences and editor-in-chief of the journal Earth’s Future, examines the impacts of natural hazards on human society. He discussed the two recent volcanic eruptions.

What are the main differences between the Kilauea volcano in Hawaii and the Guatemala’s Fuego volcano?

Hawaii’s volcanoes, like Kilauea, are caused by heat in the Earth’s mantle rising to the surface in a column called a plume. Hawaiian volcanoes mostly produce slow-moving, gooey lava, creating a broad, low-topography structure called a shield volcano. The biggest hazard from these volcanoes is unstoppable magma flow, and the latest Kilauea eruption has already destroyed many hundreds of houses. But because the lava moves slowly and can be outpaced, these events typically cause no loss of life or major injuries.

Explosive volcanoes like Guatemala’s Fuego have a very different origin from Hawaii’s. They are related to plate-boundary tectonic processes that produce a stickier magma in the outer layers of Earth. Greater magma stickiness resists buildup pressure from below until it releases in a sudden, explosive manner. These eruptions are quick and large, and they often produce deadly clouds of hot ash, lava, rock and gas that roll downslope at great speed: a hot pyroclastic flow. This is the primary source of the great loss of life in Guatemala, much like Pompeii from the Vesuvius eruption in the first century.

What can we expect from these two volcanoes in the coming weeks and months?

Kilauea has been erupting for more than a month and may be reaching the end of its current cycle. Another eruption cycle will eventually follow, however, because the driver for magma generation persists, and the volcano has been regularly erupting for decades.

Fuego released most of its energy in the early eruption, so it may become quiet. As elsewhere, however, the volcanism won’t stop. It simply takes a hiatus. Other volcanoes in the region may similarly erupt at some point, since the underlying magma-generating process—melting from convergent plate tectonics—continues unabated.

The voluminous ash and rock deposits that are left behind after a Fuego-style explosion are often unstable on steep mountain slopes, especially when rain wets the material. These deposits can wash downslope as dense, debris-rich, destructive flows known as cold mudflows. These flows can destroy houses and agricultural land, covering the area with mud and rocks.

How common are volcanic eruptions globally?

Worldwide, several dozen volcanoes are erupting at any given time. Several hundred volcanoes around the globe, including more than 160 in the United States, are considered active, meaning that they have erupted in historic time. The Kilauea and Fuego eruptions are therefore not at all unusual or unexpected, except they have greater impacts on nearby human settlements than other active volcanoes around the world.

What technologies are used to forecast volcanic eruptions?

Many volcanoes show seismic activity as pressure builds and magma starts to move around. We measure this seismic signal with local seismometers stationed near and on the volcano. Another gauge of possible eruptive activity is the use of surface tilt meters that measure ground deformation from inflation of the volcano in response to moving magma. Also, remote sensing and satellites are increasingly employed to monitor changes around active volcanoes.

Thus, volcanoes can offer some precursor activity, but uncertainty toward full eruption remains too large for reliable societal prediction, and the warning period before an eruption can be short. Instead, people living near active volcanoes need to be informed and prepared because those volcanoes will, eventually, become active again.

What is the connection between the Kilauea eruption and the earthquakes that have been occurring there for more than a month now?

The generation and movement of magma beneath Kilauea creates pressure changes in the subsurface that generate earthquakes from rock fracturing. And inside Kilauea’s volcanic depression, which is called a caldera, earthquakes occur when magma pressure is released by rock collapse and fracturing, and by venting at the surface.

During its latest eruption, Kilauea has displayed a remarkable pattern of repeated earthquakes of magnitude 5 or greater, equivalent to the explosion of 500 tons of TNT. These events are often associated with ash eruption, following a one- to two-day pressure buildup. This seismic activity will eventually subside.