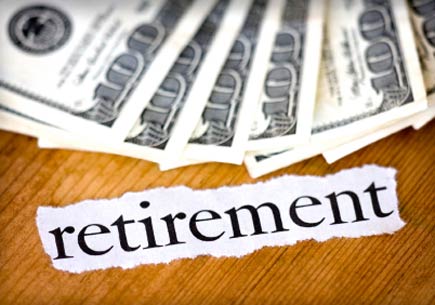 ANN ARBOR—What if every U.S. worker got an automatic 10 percent pay raise at age 55? According to a new University of Michigan study, most people would work quite a bit longer to enjoy the extra income before they retired.

By eliminating social security payroll taxes starting when workers are 55-years old, the study shows that take-home pay would jump by 10.6 percent and they would work 1.5 years longer on average, paying more income taxes and helping to reduce the Federal deficit.

“People are living longer, healthier lives, and so far have opted to take most of that extra time as additional retirement rather than work,” said U-M economist John Laitner, who conducted the analysis with U-M economist Dan Silverman.”We are proposing a way of responding to this situation through targeted tax-rate changes that would reward older workers for staying on the job and also benefit the economy as a whole.”

Both Laitner and Silverman are affiliated with the U-M Retirement Research Center, based at the U-M Institute for Social Research (ISR). Their analysis appears in the current (August 2012) issue of The Journal of Public Economics.

Using data from the ISR Health and Retirement Study and from the Consumer Expenditure Survey conducted by the U.S. Bureau of Labor Statistics, Laitner and Silverman explore how tax cuts targeted at older workers would affect the likelihood of working longer and the size of the federal deficit.

“Our idea is to lower the taxes on an individual precisely at the time of life when people are making decisions about whether to work longer or retire,” Silverman said.

Workers would need to pay about one percent higher payroll taxes a year until age 55 in order for the Social Security system to break even, the researchers show. This would mean that over their lifetimes, households would pay about $15,000 more in Federal income tax, providing welcome reductions in the Federal deficit.

And workers age 55 and over would see their after-tax earnings increase by a healthy 10.6 percent – inducing them to work longer and enjoy the extra income. Work years beyond age 54 would not affect benefits, and as in the current system, workers could claim benefits as early as age 62 although waiting until full retirement age would continue to be rewarded with higher benefit levels.

“Not everyone would benefit,” Laitner said. “Households with a strong preference for very early retirement would pay the slightly higher payroll tax before age 55, but leave the labor force before gaining much from the elimination of the payroll tax after that. Late retirees would, by the same token, be big winners. And the point of the reform, after all, is to encourage work by rewarding it.”