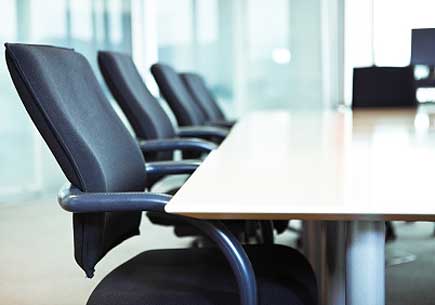 ANN ARBOR—As more women and minorities were welcomed on corporate boards of directors in recent decades, few have attained elite inner circle status that comes from serving on multiple boards.

The reason is simple, according to research from James Westphal, professor of strategy at the University of Michigan Ross School of Business.

“Women and minorities face a disadvantage in getting mentoring from white male incumbent board members,” he said.

In a study recently published in the Academy of Management Journal, Westphal and colleague Michael McDonald of the University of Texas-San Antonio found that women and racial minorities, respectively, make up 28 percent and 22 percent of directors who serve on a single board. But only 8 percent of women and 5 percent of minorities who are corporate directors serve on more than one board.

“This is an important distinction because holders of multiple board seats tend to be seen by other corporate leaders as members of the corporate elite,” Westphal said. “Those with multiple directorships tend to exercise disproportionate influence over corporate policy at each of the firms where they serve as director.”

The study of 2,000 of the largest U.S. companies found that, on average, racial minorities who are first-time directors are 72 percent less likely than white males to be advised by an incumbent director to obtain the CEO’s permission before raising concerns about strategy or policy issues in formal meetings.

These directors also are 69 percent less likely to be told they are expected to provide advice and information to the CEO rather than exercise control over policy and strategy. For female first-timers, the comparable figures are 54 percent and 49 percent, respectively.

Without this guidance, the chances of missteps by newcomers significantly increase the chance that they will make bad first impressions on other directors that may linger, Westphal said.

Their subsequent participation will continue to be seen through the lens of any early behavior that did not conform, he said. So much so, that the lack of mentoring reduces the likelihood by 57 percent that first-timers will be invited during the next two years to join a second corporate board.

“It is commonly thought that a particular virtue of having women and minorities as directors is that they bring an outsider’s perspective to boards,” he said. “Ironically, it may very well contribute to the discrimination and career impediment that we have uncovered in this study.”

Yet the presence of incumbent female or minority board members does significantly increase the mentoring received by newcomers of the same group. Still, this benefit is largely overwhelmed by discrimination on the majority of corporate boards, the study found.