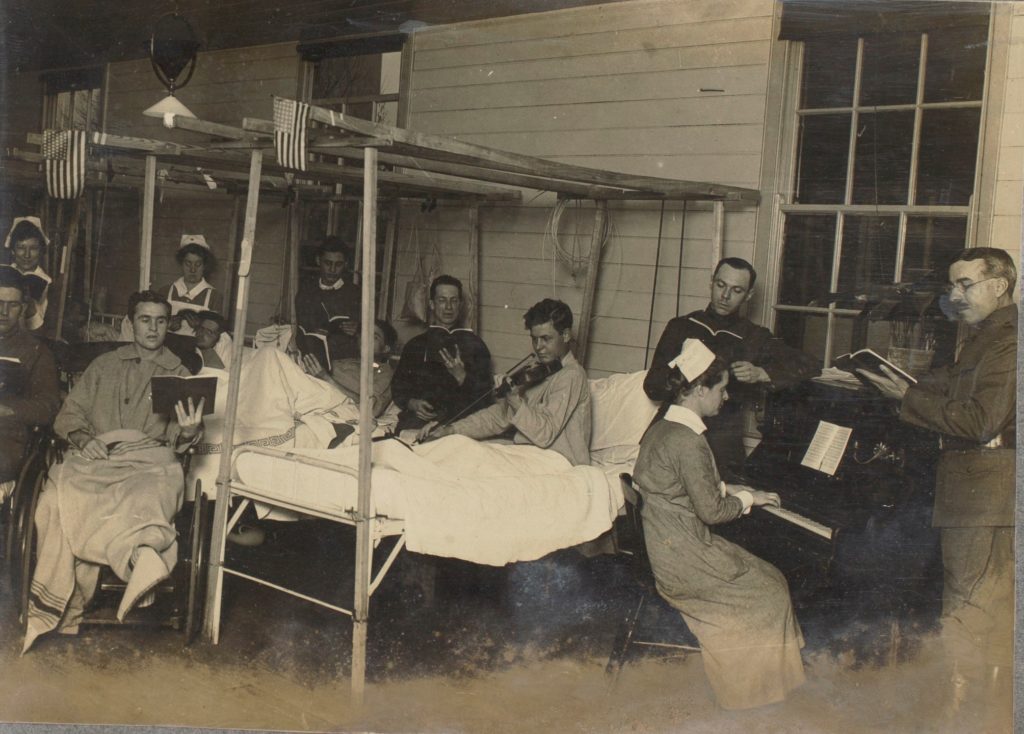 ANN ARBOR—The original words of Americans who fought in World War I are the basis for a new exhibition presented at the William L. Clements Library.

“‘Over There’ With the American Expeditionary Forces in France During the Great War” features collections preserved at the Clements Library and highlights the firsthand accounts of American soldiers serving in the First World War in 1917-18.

Handwritten letters, death reports, postcards and photographs provide glimpses of the day-to-day lives, longings and horrific realities of war they experienced while fighting “Over There” on the Western Front. The exhibition run aligns with the 100th anniversary of the Armistice that brought the fighting in France to an end on Nov. 11, 1918.

About 2 million men and women served with the American Expeditionary Forces overseas during World War I and more than 53,000 of them died from combat, according to Clements archivist and exhibition curator Louis Miller.

“‘Over There’ aims to present the experiences of the men and women who served,” Miller said. “And these stories of the American ‘doughboys’ sent to France are as insightful as they are tragic.”

Visitors have the opportunity to view both paper and three-dimensional objects relating to the First World War, including a gas mask, doughboy helmet, censored letters and an internal communique received by Douglas MacArthur while commander of the 84th Infantry Brigade, among many more items.

The exhibition will be on view in the Avenir Foundation Reading Room at the Clements Library Nov. 2, 2018, until April 26, 2019. The library is free and open the public 10 a.m-4 p.m. Fridays. View the upcoming schedule at: myumi.ch/650X8