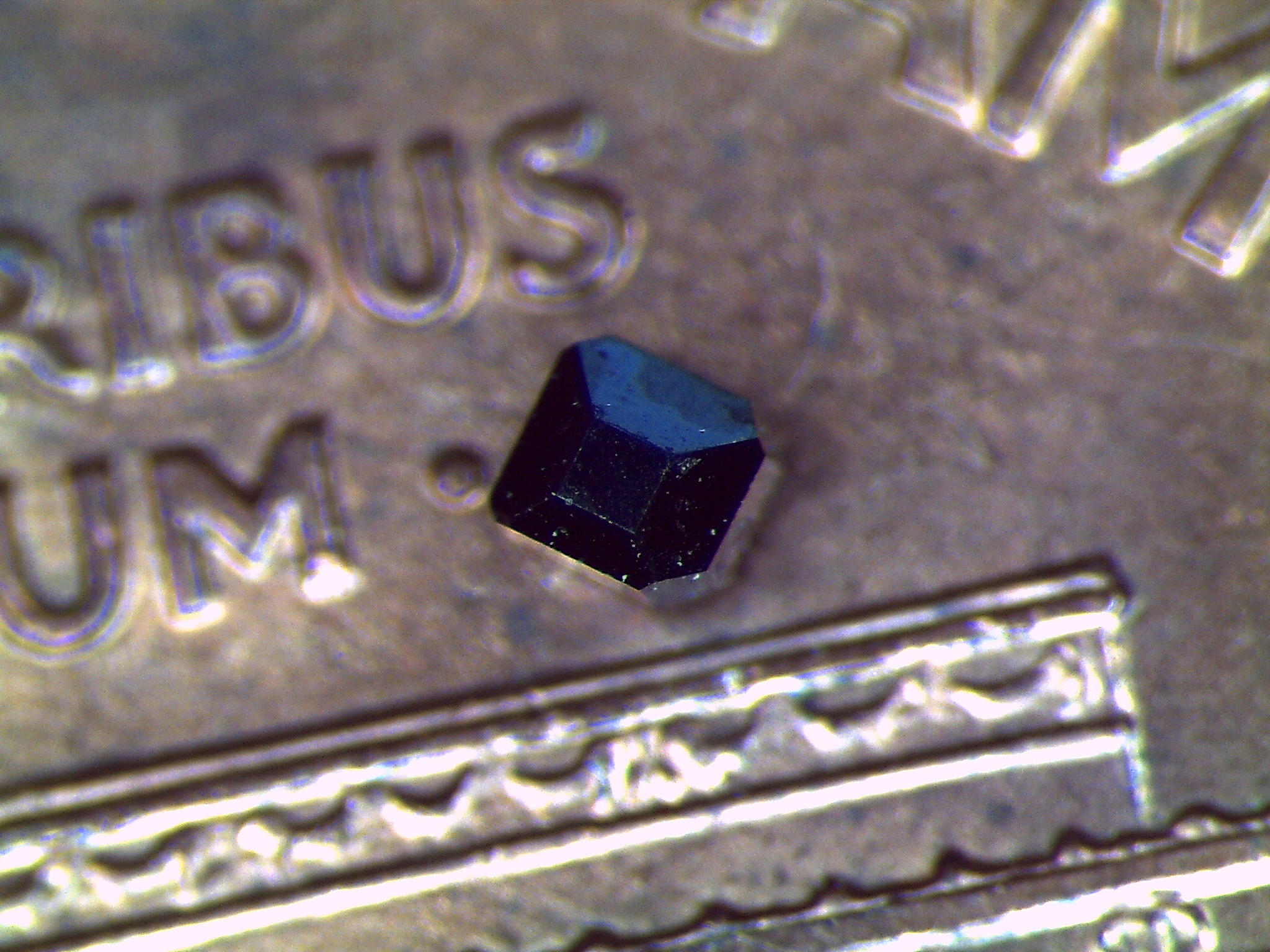 Samarium hexaboride, abbreviated SmB6, is a compound made of the metal samarium and the rare metalloid boron. University of Michigan researchers have confirmed its unusual electrical properties and shown how it could advance the development of next-generation transistors for quantum computers. A crystal of it sets on a penny. Image credit: Gang LiANN ARBOR—An odd, iridescent material that’s puzzled physicists for decades turns out to be an exotic state of matter that could open a new path to quantum computers and other next-generation electronics.

Physicists at the University of Michigan have discovered or confirmed several properties of the compound samarium hexaboride that raise hopes for finding the silicon of the quantum era. They say their results also close the case of how to classify the material—a mystery that has been investigated since the late 1960s.

The researchers provide the first direct evidence that samarium hexaboride, abbreviated SmB6, is a topological insulator. Topological insulators are, to physicists, an exciting class of solids that conduct electricity like a metal across their surface, but block the flow of current like rubber through their interior. They behave in this two-faced way despite that their chemical composition is the same throughout.

The U-M scientists used a technique called torque magnetometry to observe tell-tale oscillations in the material’s response to a magnetic field that reveal how electric current moves through it. Their technique also showed that the surface of samarium hexaboride holds rare Dirac electrons, particles with the potential to help researchers overcome one of the biggest hurdles in quantum computing.

These properties are particularly enticing to scientists because SmB6 is considered a strongly correlated material. Its electrons interact more closely with one another than most solids. This helps its interior maintain electricity-blocking behavior. 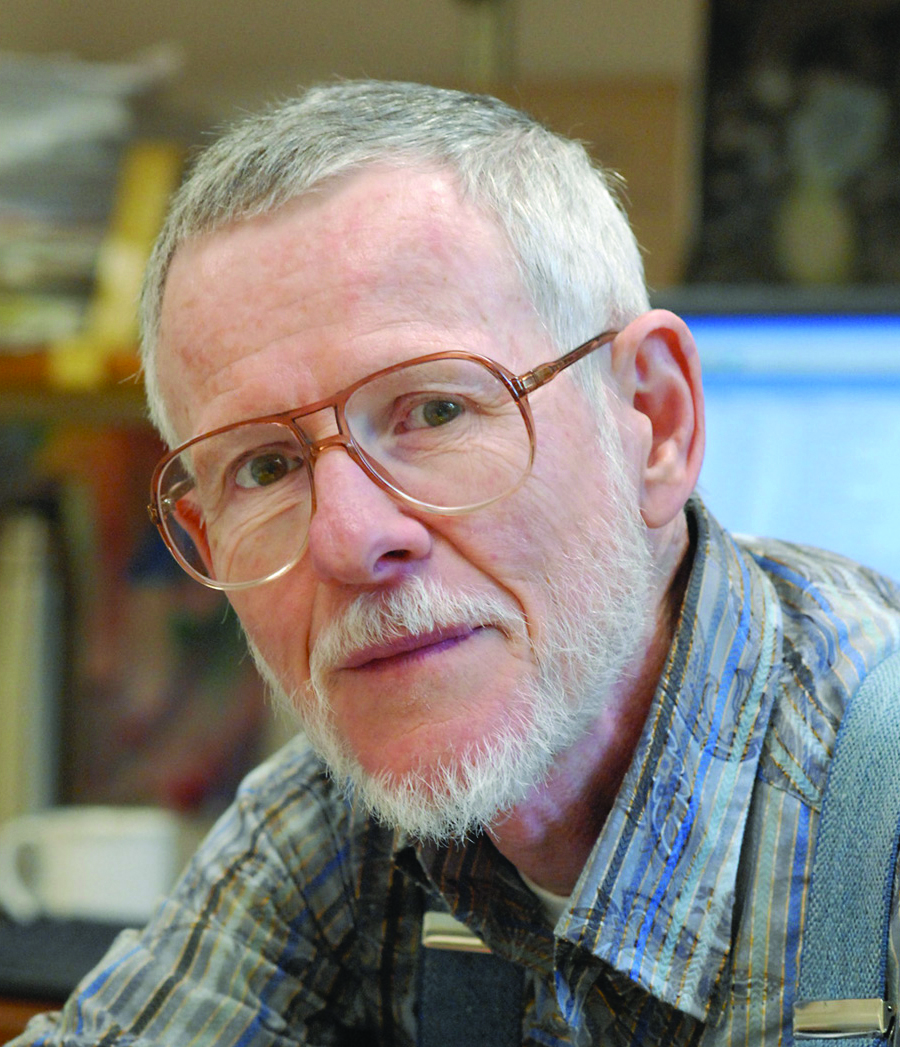 Emeritus physics professor Jim Allen studied samarium hexaboride for 30 years. Image courtesy: Carol RabuckThis deeper understanding of samarium hexaboride raises the possibility that engineers might one day route the flow of electric current in quantum computers like they do on silicon in conventional electronics, said Lu Li, assistant professor of physics in the College of Literature, Science, and the Arts and a co-author of a paper on the findings published in Science.

“Before this, no one had found Dirac electrons in a strongly correlated material,” Li said. “We thought strong correlation would hurt them, but now we know it doesn’t. While I don’t think this material is the answer, now we know that this combination of properties is possible and we can look for other candidates.”

The drawback of samarium hexaboride is that the researchers only observed these behaviors at ultracold temperatures.

Quantum computers use particles like atoms or electrons to perform processing and memory tasks. They could offer dramatic increases in computing power due to their ability to carry out scores of calculations at once. Because they could factor numbers much faster than conventional computers, they would greatly improve computer security.

In quantum computers, “qubits” stand in for the 0s and 1s of conventional computers’ binary code. While a conventional bit can be either a 0 or a 1, a qubit could be both at the same time—only until you measure it, that is. Measuring a quantum system forces it to pick one state, which eliminates its main advantage.

Dirac electrons, named after the English physicist whose equations describe their behavior, straddle the realms of classical and quantum physics, Li said. Working together with other materials, they could be capable of clumping together into a new kind of qubit that would change the properties of a material in a way that could be measured indirectly, without the qubit sensing it. The qubit could remain in both states. 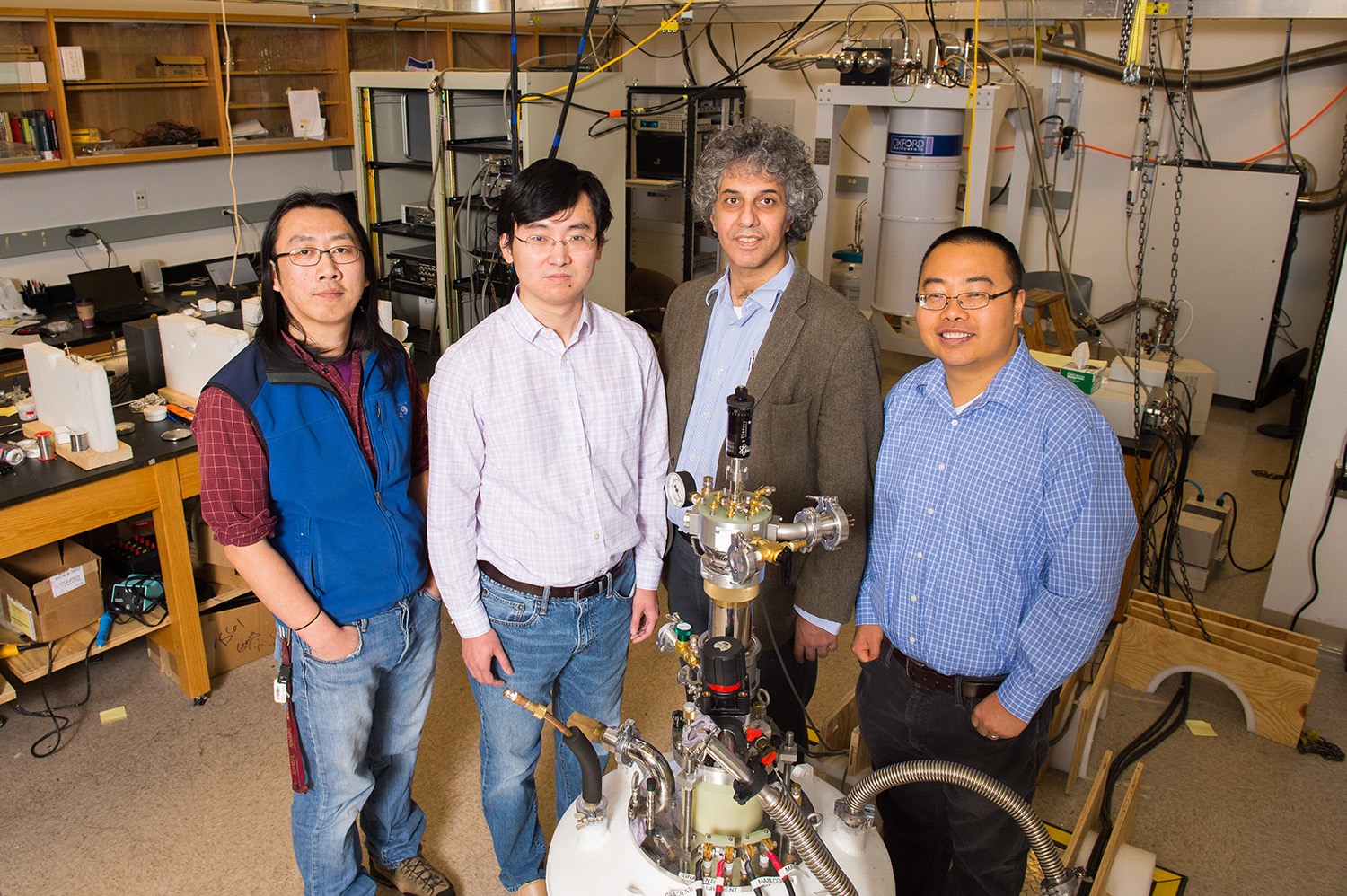 Physics researchers at the University of Michigan have confirmed the strange electrical behavior of a material called samarium hexaboride. The compound, it turns out, is a topological insulator. Gang Li, postdoctoral researcher; Kai Sun, assistant professor; Cagliyan Kurdak, professor; and Lu Li, assistant professor, stand in front of their experimental set-up. Image credit: Daryl Marshke, Michigan PhotographyWhile these applications are intriguing, the researchers are most enthusiastic about the fundamental science they’ve uncovered.

“In the science business you have concepts that tell you it should be this or that and when it’s two things at once, that’s a sign you have something interesting to find,” said Jim Allen, an emeritus professor of physics who studied samarium hexaboride for 30 years. “Mysteries are always intriguing to people who do curiosity-driven research.”

Allen thought for years that samarium hexaboride must be a flawed insulator that behaved like a metal at low temperatures because of defects and impurities, but he couldn’t align that with all of its other properties.

“The prediction several years ago about it being a topological insulator makes a lightbulb go off if you’re an old guy like me and you’ve been living with this stuff your whole life,” Allen said.

In 2010, Kai Sun, assistant professor of physics at U-M, led a group that first posited that SmB6 might be a topological insulator. He and Allen were also involved in seminal U-M experiments led by physics professor Cagliyan Kurdak in 2012 that showed indirectly that the hypothesis was correct.

“But the scientific community is always critical,” Sun said. “They want very strong evidence. We think this experiment finally provides direct proof of our theory.”

The paper is titled “Two-dimensional Fermi surfaces in Kondo Insulator SmB6.” It was funded by the U.S. Department of Energy and the National Science Foundation. The U-M Mcubed program also provided seed funds for this research.