$5.2M for digital twins of nuclear reactors could bring down nuclear energy costs

ANN ARBOR—Safe and more affordable nuclear energy is the goal of a new project led by the University of Michigan, bringing together researchers who specialize in nuclear energy technology and computer science.

The study, which will develop AI-enhanced “digital twins” of nuclear reactors, is funded with a three-year, $5.2 million grant from the Advanced Research Projects Agency–Energy.

First, it could reduce maintenance costs for nuclear power plants by accurately predicting when components need replacing, rather than relying on overly cautious maintenance schedules. Second, advanced nuclear power plants could be designed so that they would be less expensive to build and run. And the third aim is to enable nuclear power to ramp up and down according to demand, becoming a better complement to wind and solar energy. 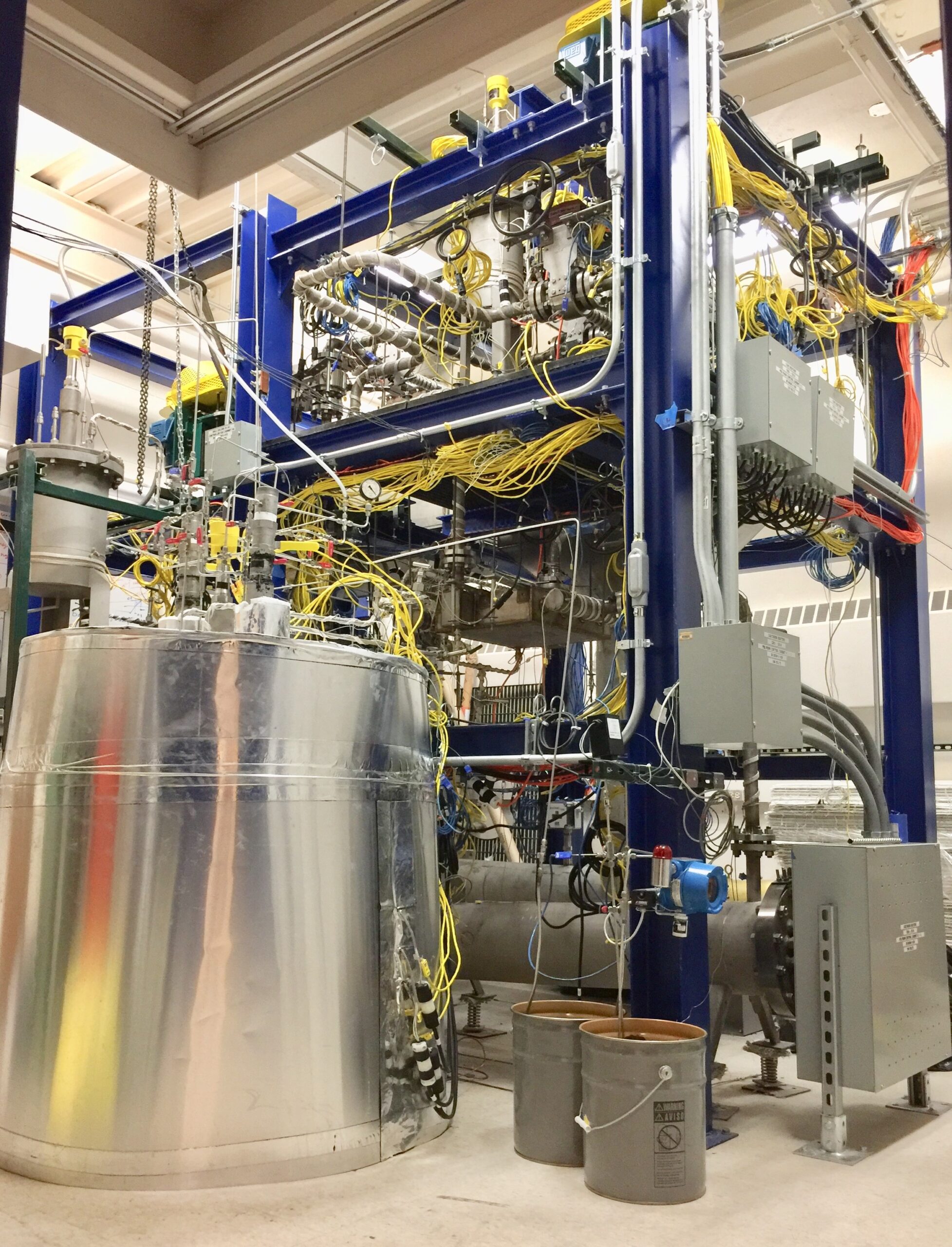 The experimental flow loop that will be used to emulate the cooling loop in a molten salt reactor. Image credit: Xiaodong Sun, High-temperature Fluoride Salt Test Facility, University of Michigan

Having a virtual reactor that is a near-exact replica of a real reactor is useful for all these purposes. The digital twin reactors will be based on physics models running on the reactor design, paired with real-time data coming from the sensors on the reactors and supervised by AI.

“Often, AI or machine learning is used as a black box. It doesn’t take advantage of the physics we know,” said Annalisa Manera, U-M professor of nuclear engineering and radiological sciences and principal investigator on the project. “On the other hand, approaches where you use only a physical model might suffer from inaccuracy because it is too idealized.”

Manera and co-principal investigator Thomas Downar, a professor of nuclear engineering and radiological sciences, have experience developing high-fidelity physics codes that contributed to a complete nuclear reactor simulation. The project team will use a combination of high-fidelity simulations and experimental data to build more approximate versions of these models that are fast enough to run in real time.

This mix of physics simulation and big data modeling will leverage a relatively new computer system at U-M, called ConFlux, that is designed to marry the two approaches. The lead developer of that system, Karthik Duraisamy, professor of aerospace engineering, is also co-principal investigator.

In addition to setting a tailored maintenance schedule, the digital twin could help enable automation. An AI decision-maker could use the simulator to identify problems and the likely results of interventions. It could enable automation to perform ordinary operations and also respond in accident scenarios.

Finally, nuclear power has not conventionally been used to ramp up and ramp down energy production as needed—reactors tend to run flat out all the time. However, with the need for a low-carbon energy source capable of complementing renewable sources such as solar and wind power, there is interest in nuclear power that is capable of “load following,” or increasing and decreasing production according to demand. An AI system could help enable load following in a nuclear power plant.

The team will validate and demonstrate their software using the experimental flow loop in the lab of Xiaodong Sun, professor of nuclear engineering and radiological sciences and another co-principal investigator. The loop runs molten salt as the coolant, emulating cooling loops inside an advanced reactor type called a molten salt reactor.

Then, they will use the software to optimize the design of the Kairos Power fluoride-salt-cooled, high-temperature reactor. In part because the salt cannot boil away and because the reactor operates at low pressure, the Kairos design is safer than the water-cooled reactors in use today.