A 3.8-million-year-old fossil from Ethiopia’s Afar region reveals the face of Lucy’s ancestor 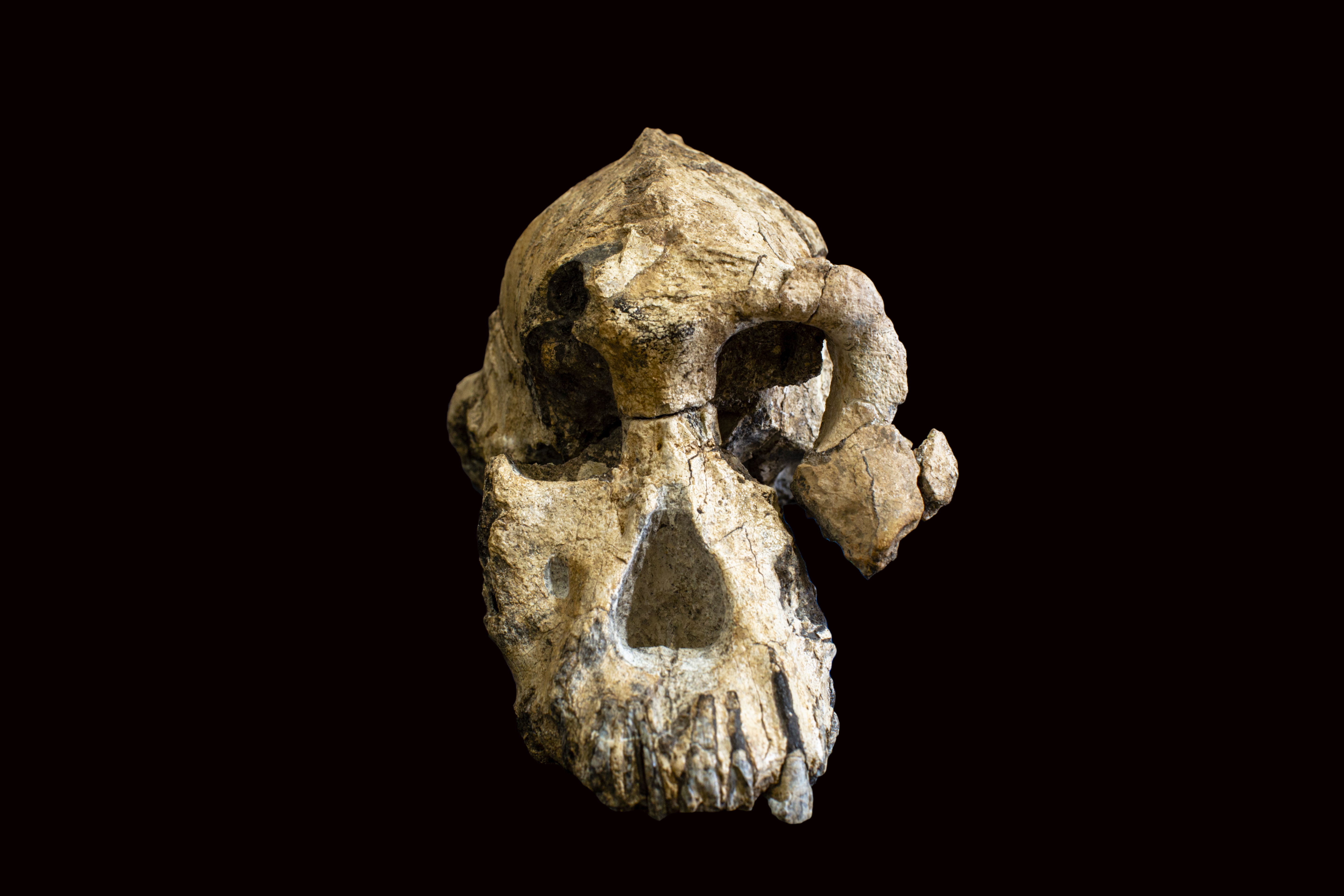 Front view of the cranium specimen. Photograph(s) by Dale Omori, courtesy of the Cleveland Museum of Natural History

ANN ARBOR—An international research team led by the Cleveland Museum of Natural History and including a University of Michigan geologist has discovered a “remarkably complete” cranium of a 3.8-million-year-old early human ancestor from the Woranso-Mille paleontological site, located in the Afar region of Ethiopia. 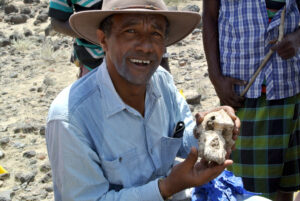 The team was led by Yohannes Haile-Selassie, a Cleveland Museum of Natural History curator and an adjunct professor at Case Western Reserve University. U-M geologist Naomi Levin coordinated environmental reconstructions at the site.

The team’s findings were published Aug. 28 in two papers in the international scientific journal Nature.

Working for the past 15 years at the site, the team discovered the cranium (MRD-VP-1/1), here referred to as “MRD,” in February 2016. In the years following their discovery, paleoanthropologists of the project conducted extensive analyses of MRD, while project geologists worked on determining the age and context of the specimen.

The 3.8-million-year-old fossil cranium (MRD) represents a time interval between 4.1 and 3.6 million years ago when early human ancestor fossils are extremely rare, especially outside the Woranso-Mille area. 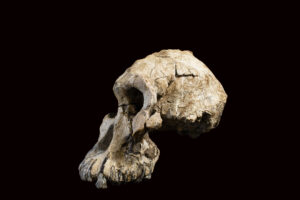 Clipped side view. Photograph(s) by Dale Omori, courtesy of the Cleveland Museum of Natural History

MRD generates new information on the overall craniofacial morphology of Australopithecus anamensis, a species that is widely accepted to have been the ancestor of Lucy’s species, Australopithecus afarensis. MRD also shows that Lucy’s species and its hypothesized ancestor, A. anamensis, coexisted for approximately 100,000 years, challenging previous assumptions of a linear transition between these two early human ancestors.

“This is a game changer in our understanding of human evolution during the Pliocene,” Haile-Selassie said.

The Woranso-Mille project has been conducting field research in the central Afar region of Ethiopia since 2004. The project has collected more than 12,600 fossil specimens representing about 85 mammalian species. The fossil collection includes about 230 fossil hominin specimens dating to between >3.8 and ~3.0 million years ago. 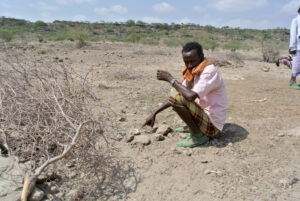 The first piece of MRD, the upper jaw, was found by Ali Bereino (a local Afar worker) on Feb. 10, 2016, at a locality known as Miro Dora, Mille District of the Afar Regional State. The specimen was exposed on the surface, and further investigation of the area resulted in the recovery of the rest of the cranium.

“I couldn’t believe my eyes when I spotted the rest of the cranium. It was a eureka moment and a dream come true,” Haile-Selassie said.

MRD was found in the Woranso-Mille Paleontological Project study area located in Zone 1, Mille District of the Afar Regional State of Ethiopia. Miro Dora is the local name of the area where MRD was found. It is about 550 km northeast of the capital, Addis Ababa, and 55 km north of Hadar (“Lucy’s” site).

In a companion paper published in the same issue of Nature, Beverly Saylor of Case Western Reserve University and her colleagues determined the age of the fossil as 3.8 million years by dating minerals in layers of volcanic rocks nearby. They mapped the dated levels to the fossil site using field observations and the chemistry and magnetic properties of rock layers.

Saylor and her colleagues combined the field observations with analysis of microscopic biological remains to reconstruct the landscape, vegetation and hydrology where MRD died. 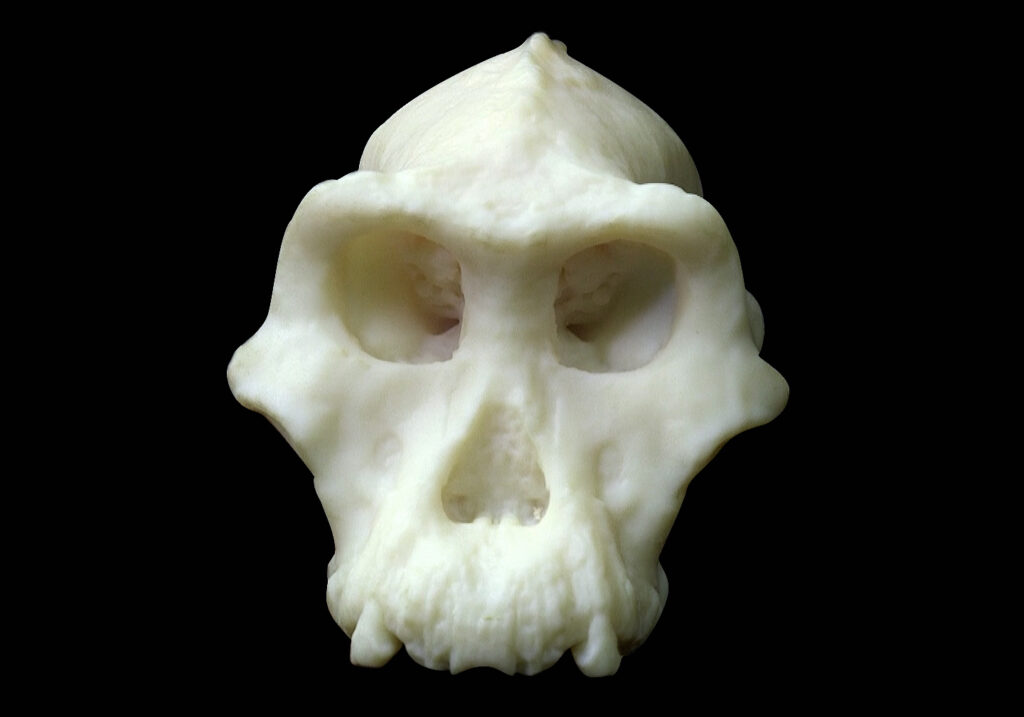 3-D printed model of the cranium. Photograph by Dale Omori, courtesy of the Cleveland Museum of Natural History

MRD was found in the sandy deposits of a delta where a river entered a lake. The river likely originated in the highlands of the Ethiopian plateau while the lake developed at lower elevations, where rift activity caused the Earth surface to stretch and thin, creating the lowlands of the Afar region.

Debris flows and volcanic ejecta occasionally descended into the otherwise quiet lake, which was ultimately buried by basalt lava flows. This kind of volcanic activity and dramatic landscape change is common in rift settings.

“Incredible exposures and the volcanic layers that episodically blanketed the land surface and lake floor allowed us to map out this varied landscape and how it changed over time,” Saylor said.

U-M’s Levin coordinated environmental reconstructions at the site with an interdisciplinary team from several institutions.

“MRD lived near a large lake in a region that was dry. We’re eager to conduct more work in these deposits to understand the environment of the MRD specimen, the relationship to climate change and how it affected human evolution, if at all,” said Levin, a co-author on the study. 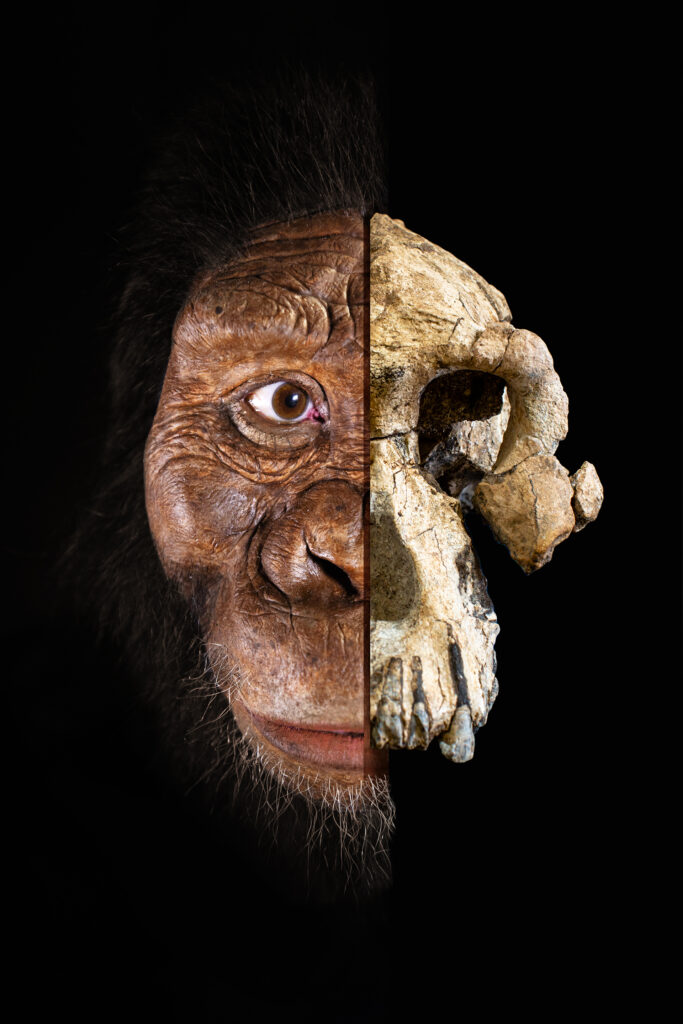 MRD photomontage by Jennifer Taylor, courtesy of the Cleveland Museum of Natural History. Photography by Matt Crow and Dale Omori. Facial reconstruction by John Gurche made possible through generous contribution by Susan and George Klein

Fossil pollen grains and chemical remains of fossil plants and algae that are preserved in the lake and delta sediments provide clues about the ancient environmental conditions. Specifically, they indicate that the lake near where MRD finally rested was likely salty at times and that the watershed of the lake was mostly dry but that there were also forested areas on the shores of the delta or along the side of the river that fed the delta and lake system.

“The existence of a large lake is clear from field observations of sediments, but it’s the preservation and chemical composition of microscopic parts of plants and algae that helped us figure out that the surrounding watershed was dry,” Levin said.

Levin is an associate professor in the U-M Department of Earth and Environmental Sciences and in the Program in the Environment. She co-directs an isotope geochemistry lab that conducts geological analyses using carbon and oxygen isotopes.

“While it can be common to have a large lake in a dry climate in rift settings, just the presence of large lakes in the geologic record can be used to infer wet climate intervals,” she said. “So it was key that we drew on the expertise of our interdisciplinary team to figure out the broader climate context of this lake.”

Significance of the discovery:

This press release was written by the Cleveland Museum of Natural History.