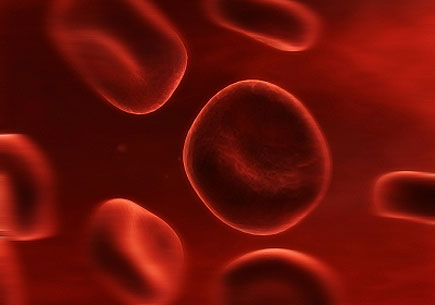 ANN ARBOR—Bone marrow transplant is a key treatment for patients with leukemia, lymphoma, multiple myeloma and other blood disorders.

In a paper scheduled to be published online in the Journal of Clinical Investigation on March 1, Dr. Ivan Maillard, a faculty member at the U-M Life Sciences Institute, explains how a cell-to-cell communication pathway known as Notch signaling plays a critical role in graft-versus-host disease and details how antibodies inhibiting specific elements of the Notch pathway can prevent graft-versus-host disease in mice—without serious side effects and without substantially compromising the cancer-fighting ability of the transplanted cells.

After bone marrow transplant, donor stem cells replace the patient’s depleted or dysfunctional stem cells. Once established in the patient, the donor cells begin to make healthy red and white blood cells. At the same time, donor immune cells called T cells can recognize and destroy tumor cells in the patient, which is the main beneficial effect of the procedure in cancer patients.

However, in graft-versus-host disease, the donor T cells also recognize the recipient’s normal tissues as foreign and begin to attack organs like the intestine, liver, lungs and skin.

“This can lead to severe, life-threatening damage,” Maillard said.

Conventional methods for preventing the disease include removing T cells from the donor graft and treating the patient with global immunosuppressive drugs.

“Unfortunately, this only works in a fraction of cases and it also decreases the ability of donor immune cells from recognizing and destroying cancer cells of the patient,” Maillard said. “So there is a need for a different kind of intervention to prevent graft-versus-host disease without compromising the anti-cancer effects of transplantation.”

Inhibiting a signaling pathway called Notch might be a new intervention that prevents the disease. The Maillard lab has been studying Notch because of its many functions in blood and lymphocyte development, as well as in certain types of cancer. The current study builds on a new function of Notch signaling that was discovered in the regulation of T cell responses after bone marrow transplantation.

Upon finding that one of the functions of Notch is to regulate the T cell response that causes graft-versus-host disease, the researchers experimented with blocking Notch signaling in mice to prevent the complication. But inhibiting Notch throughout the body had significant side effects, particularly in the intestine.

“This suggests that global inhibition of all Notch signals would not be safe after bone marrow transplantation,” Maillard said.

The researchers zoomed in closer. Notch signals are mediated by the interaction between five ligands and four receptors on cell membranes.

“Since many receptors and ligands have been described in humans and mice, it could in principle have been very complex and highly redundant,” Maillard said. “But we were able to identify two ligands and two receptors that account for all the effects of Notch signaling in GVHD, with a dominant role for just one ligand-receptor pair.”

That ligand-receptor pair became the target for inhibition. Maillard collaborated with the biotechnology company Genentech, a member of the Roche Group, which had developed antibodies to block individual Notch ligands and receptors. When the researchers used antibodies to inhibit the target Notch ligands, mice had none of the gastrointestinal side effects that came with global inhibition of Notch. And they did not develop graft-versus-host disease.

“Importantly, the Notch blockade did not prevent donor T cells from being efficient at recognizing and destroying cancer cells, which is the ultimate goal of bone marrow transplantation in human patients,” Maillard said.

And the treatment was only necessary short-term, although its beneficial effects were long lasting.

“This suggests that there is a pulse of Notch signaling in immune cells immediately after transplantation that presents a window of time for intervention,” Maillard said. “If we can block that pulse, we could induce long-term benefits without having to block Notch permanently.”

The effects of Notch blockade could be traced to decreased inflammation as well as increased expansion of a special kind of T cells, called regulatory T cells, that suppress graft-versus-host disease, he said.

“These findings open perspectives for studying Notch inhibition in the treatment of T cell-mediated disorders including graft-versus-host disease in patients,” Maillard said. “A next step will be to define the approach and schedule of inhibition most likely to succeed in patients.”

The Maillard lab is also investigating the mechanisms of Notch action in T cells and whether Notch also plays an important role in other T cell-mediated immune disorders, such as multiple sclerosis and other autoimmune diseases.

Support for the research was provided by a Damon Runyon-Rachleff Innovation Award the American Society of Hematology, and the National Institutes of Health.