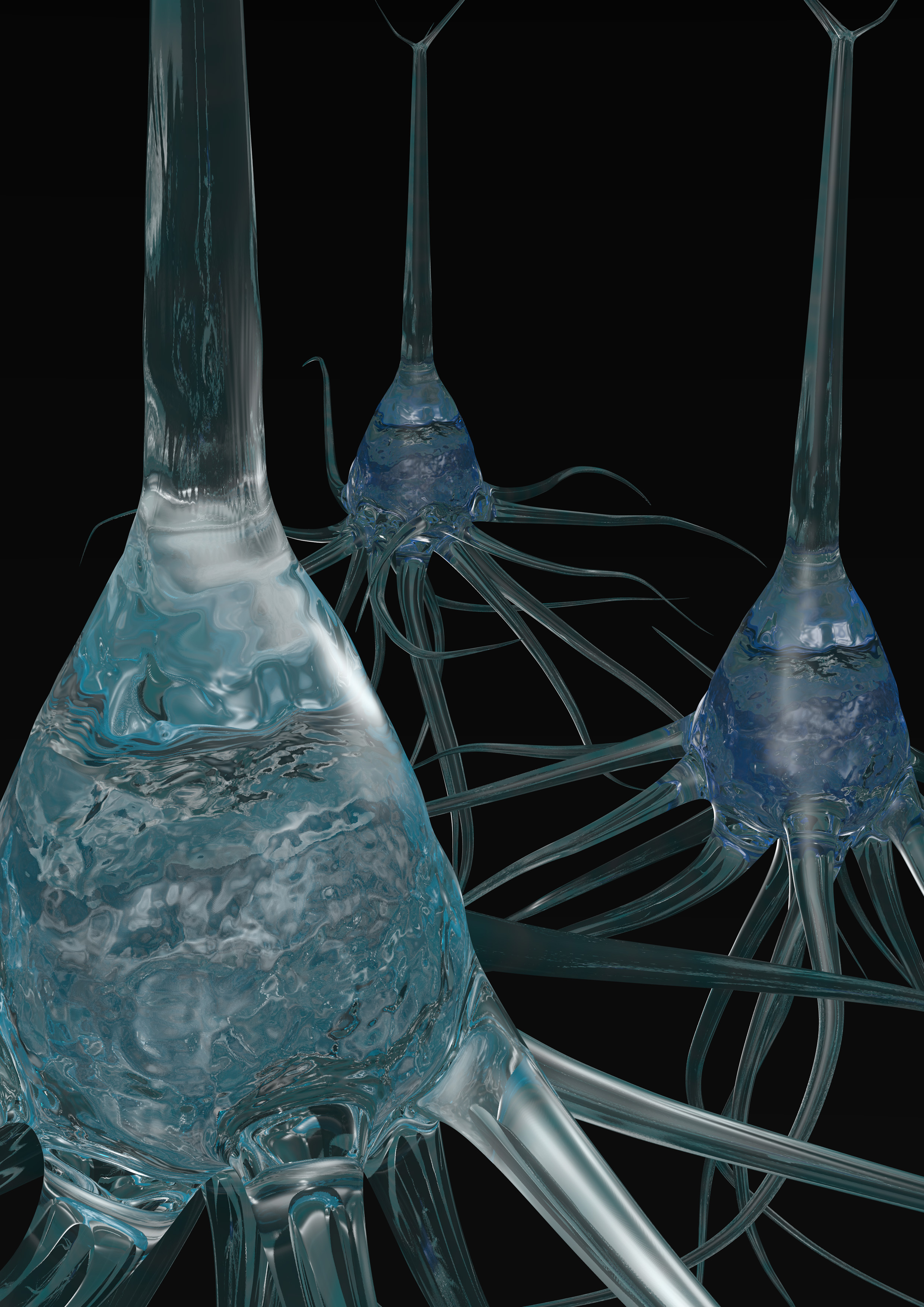 An artist’s rendering of individual neurons. A new electrode developed at the University of Michigan can focus on the electrical signals of just one neuron. It may help researchers understand how electrical signals move through neural networks in the brain. Because this electrode is so small and unobtrusive, it may be able to stay in the brain for long periods without upsetting the immune system, perhaps picking up signals to send to prosthetic limbs. Image credit: Takashi KozaiANN ARBOR—A thin, flexible electrode developed at the University of Michigan is 10 times smaller than the nearest competition and could make long-term measurements of neural activity practical at last.

This kind of technology could eventually be used to send signals to prosthetic limbs, overcoming inflammation larger electrodes cause that damages both the brain and the electrodes.

The main problem that neurons have with electrodes is that they make terrible neighbors. In addition to being enormous compared to the neurons, they are stiff and tend to rub nearby cells the wrong way. The resident immune cells spot the foreigner and attack, inflaming the brain tissue and blocking communication between the electrode and the cells.

The new electrode developed by the teams of Daryl Kipke, a professor of biomedical engineering, Joerg Lahann, a professor of chemical engineering, and Nicholas Kotov, the Joseph B. and Florence V. Cejka Professor of Engineering, is unobtrusive and even friendly in comparison. It is a thread of highly conductive carbon fiber, coated in plastic to block out signals from other neurons. The conductive gel pad at the end cozies up to soft cell membranes, and that close connection means the signals from brain cells come in much clearer.

“It’s a huge step forward,” Kotov said. “This electrode is about seven microns in diameter, or 0.007 millimeters, and its closest competitor is about 25 to 100 microns.”

The gel even speaks the cell’s language, he said. Electrical impulses travel through the brain by movements of ions, or atoms with electric charges, and the signals move through the gel in the same way. On the other side, the carbon fiber responds to the ions by moving electrons, effectively translating the brain’s signal into the language of electronic devices.

To demonstrate how well the electrode listens in on real neurons, Kipke’s team implanted it into the brains of rats. The electrode’s narrow profile allows it to focus on just one neuron, and the team saw this in the sharp electrical signals coming through the fiber. They weren’t getting a muddle of multiple neurons in conversation. In addition to picking up specific signals to send to prosthetics, listening to single neurons could help tease out many of the brain’s big puzzles.

“How neurons are communicating with each other? What are the pathways for information processing in the brain? These are the questions that can be answered in the future with this kind of technique,” Kotov said.

“Because these devices are so small, we can combine them with emerging optical techniques to visually observe what the cells are doing in the brain while listening to their electrical signals,” said Takashi Kozai, who led the project as a student in Kipke’s lab and has since earned his Ph.D. “This will unlock new understanding of how the brain works on the cellular and network level.”

Kipke stressed that the electrode that the team tested is not a clinical trial-ready device, but it shows that efforts to shrink electrodes toward the size of brain cells are paying off.

“The results strongly suggest that creating feasible electrode arrays at these small dimensions is a viable path forward for making longer-lasting devices,” he said.

In order to listen to a neuron for long, or help people control a prosthetic as they do a natural limb, the electrodes need to be able to survive for years in the brain without doing significant damage. With only six weeks of testing, the team couldn’t say for sure how the electrode would fare in the long term, but the results were promising.

“Typically, we saw a peak in immune response at two weeks, then by three weeks it subsided, and by six weeks it had already stabilized,” Kotov said. “That stabilization is the important observation.”

The rat’s neurons and immune system got used to the electrodes, suggesting that the electronic invaders might be able to stay for the long term.

While we won’t see bionic arms or Iron Man-style suits on the market next year, Kipke is optimistic that prosthetic devices could start linking up with the brain in a decade or so.

“The surrounding work of developing very fine robotic control and clinical training protocols—that work is progressing along its own trajectory,” Kipke said.

A paper on the research, “Ultra-small implantable composite microelectrodes with bioactive surfaces for chronic neural interfaces,” is published in the current edition of Nature Materials. The work is funded by the National Institutes of Health and the Center for Neural Communication Technology, an NIH-funded biotechnology research center.