A climate signal in the global distribution of copper deposits 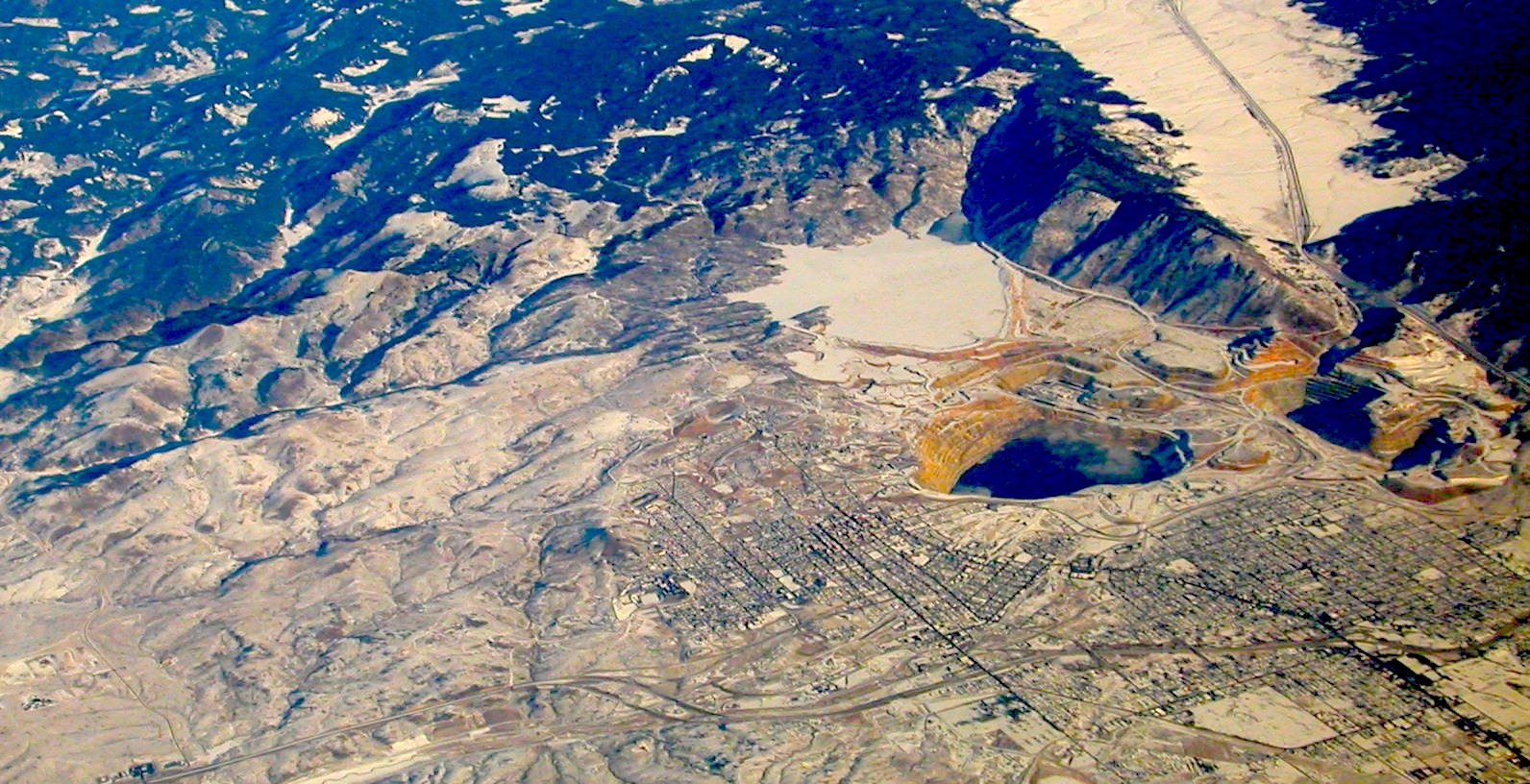 Aerial view of porphyry copper deposit at Butte, Montana. Image credit: Stephen KeslerANN ARBOR—Climate helps drive the erosion process that exposes economically valuable copper deposits and shapes the pattern of their global distribution, according to a new study from researchers at the University of Idaho and the University of Michigan.

Nearly three-quarters of the world’s copper production comes from large deposits that form about 2 kilometers (1.2 miles) beneath the Earth’s surface, known as porphyry copper deposits. Over the course of millions to tens of millions of years, they are exposed by erosion and can then be mined.

Brian Yanites of the University of Idaho and Stephen Kesler of the University of Michigan examined data on the age and number of exposed porphyry copper deposits worldwide. When they compared those data to the climate in each region, they noticed a pattern: The youngest deposits are in areas of high rainfall, such as the tropics, where erosion was rapid. Deposits are older in dry areas that have low rates of erosion.

Then they counted the number of deposits in the different regions and found something striking. Where erosion is rapid, there were relatively few deposits, but locations with low erosion rates contain lots of deposits. Such regions include the Atacama Desert in the Andes Mountains and the American Southwest—both places where porphyry copper mining is important to the economy.

By using porphyry copper deposits as a marker of a specific depth (2 kilometers) beneath the Earth’s surface, Yanites and Kesler were able to determine how rapidly the overlying crust had been eroded. The results showed that climate-driven erosion influenced the age and abundance of exposed copper porphyry deposits around the world.

Their findings are scheduled for online publication May 11 in Nature Geoscience.

“An important conclusion of this paper is that climate has a strong impact on the rate at which mountains are eroded and on the distribution of global copper resources. This effect persists over very long periods of Earth’s history,” said Kesler, an emeritus professor in the U-M Department of Earth and Environmental Sciences.

“The length of time is surprising. Most people would say that rainfall and climate are important to erosion, but usually only over short periods—perhaps up to a million years. This study shows that the effects have extended for tens of millions of years.”

Yanites is an assistant professor in UI’s Department of Geological Sciences and a former postdoctoral researcher at U-M. He is a geomorphologist, studying Earth’s topography. Kesler is an economic geologist, studying the formation of deposits that can be mined for raw materials.

“This is the first time that we’ve found a connection between geomorphology and economic geology,” Yanites said. “It’s exciting to think that erosion and the building of our mountain landscapes influences where society gets its resources from, and it’s another line of evidence showing the importance of climate in shaping the landscape.” 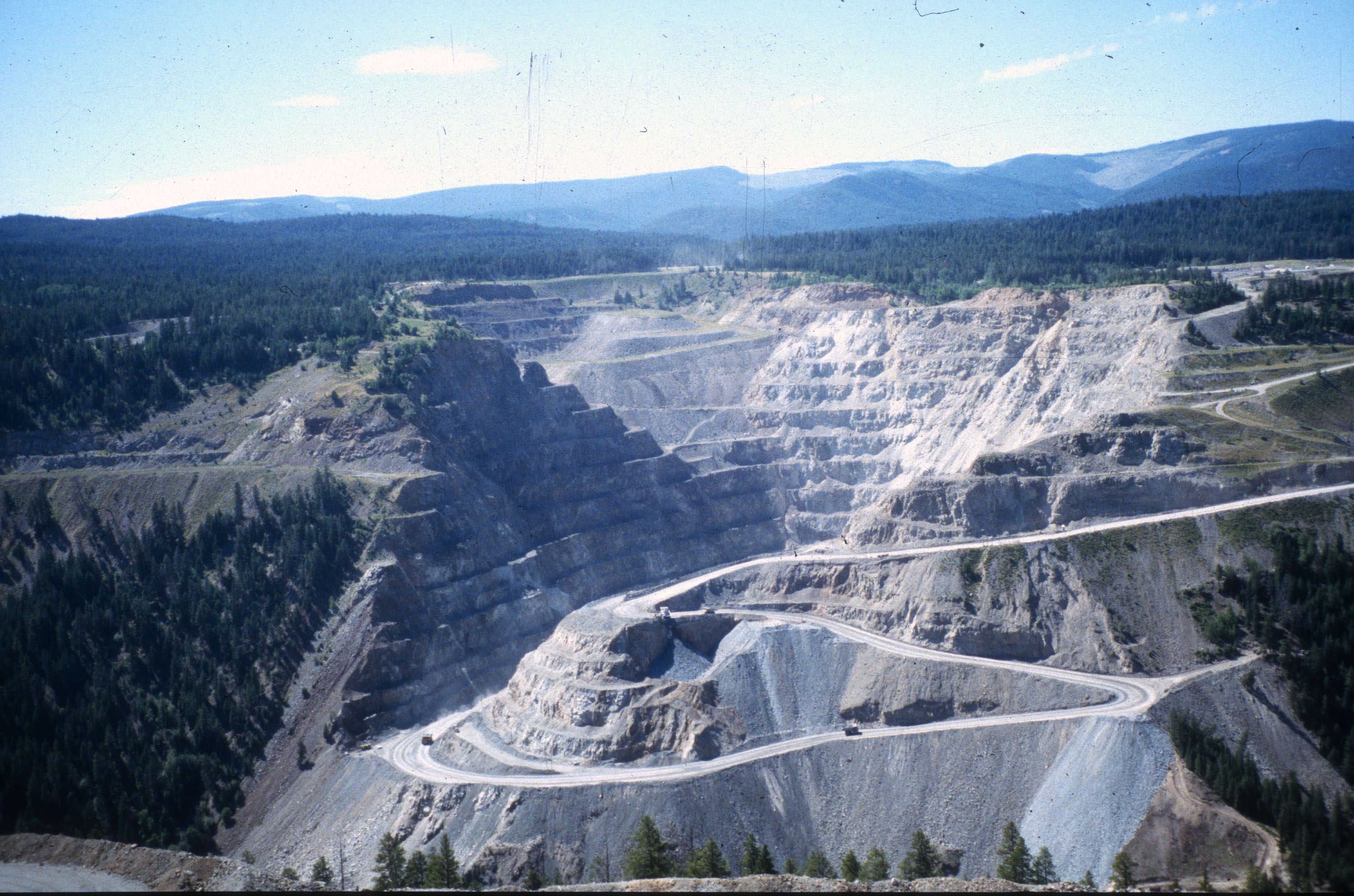 Copper mine at Copper Mountain, British Columbia. Image credit: Stephen KeslerThe study shows that the number of porphyry copper deposits in a region reflects the cumulative history of erosion experienced by the rocks there. As erosion removes overlying material, underlying rock rises toward the surface. So the amount of time a rock unit spends at a specific crustal depth depends on the history of erosion above that zone.

Rocks that are rapidly exhumed spend less time at depths of around 2 kilometers that are most favorable for the processes that form porphyry copper deposits. Therefore, fewer deposits will be observed when this level is exposed at the surface.

Yanites compared the relationship between erosion rate and the number of copper deposits in a region to a game on the TV show “American Gladiators,” where competitors had to run past tennis-ball-launching cannons to reach their goal.

“The faster the competitors run, the lower the chance that they will get hit because they spend less time in the ‘danger zone,'” Yanites said. “Similarly, rock layers that spend less time in the porphyry production zone—due to rapidly eroding landscapes above—have less of a chance of getting injected with one of these valuable deposits.”

Kesler said the new paper is the result of a fortuitous collaboration that developed several years ago after Yanites attended a talk by Kesler about a mathematical model describing how copper deposits move through the Earth’s crust after forming at a depth of 2 kilometers. Yanites was a U-M postdoc at the time.

“Because we know how many deposits are at the surface, and we know the ages of those deposits, the model calculation told us how many deposits were in the subsurface,” Kesler said. “And because we know the rate at which we mine copper, we could show that there are enough deposits to supply the mining industry for only a few thousand years. This puts a limit on what you might essentially call the sustainability of our lifestyle on the planet, even with good recycling.”

Yanites borrowed data from the study by Kesler and retired U-M professor Bruce Wilkinson and used it to reach novel conclusions about the climate signal in exhumation patterns revealed by porphyry copper deposits. The work by Yanites and Kesler was supported in part by the National Science Foundation.