A Jetsons future? Assessing the role of flying cars in sustainable mobility

ANN ARBOR—In the 1960s animated sitcom The Jetsons, George Jetson commutes to work in his family-size flying car, which miraculously transforms into a briefcase at the end of the trip.

A new study of the environmental sustainability impacts of flying cars, formally known as electric vertical takeoff and landing aircraft, or VTOLs, finds that they wouldn’t be suitable for a Jetsons-style short commute.

However, VTOLs—which combine the convenience of vertical takeoff and landing like a helicopter with the efficient aerodynamic flight of an airplane—could play a niche role in sustainable mobility for longer trips, according to the study, which published April 9 in Nature Communications. Several companies around the world are developing VTOL prototypes.

Flying cars would be especially valuable in congested cities, or in places where there are geographical constraints, as part of a ride-share taxi service, according to study authors from the University of Michigan’s Center for Sustainable Systems and from Ford Motor Company’s Research and Advanced Engineering team.

VTOLs with full occupancy could outperform ground-based cars for trips from San Francisco to San Jose or from Detroit to Cleveland, for example. 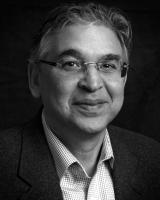 “To me, it was very surprising to see that VTOLs were competitive with regard to energy use and greenhouse gas emissions in certain scenarios,” said Gregory Keoleian, senior author of the study and director of the Center for Sustainable Systems at U-M’s School for Environment and Sustainability.

“VTOLs with full occupancy could outperform ground-based cars for trips from San Francisco to San Jose or from Detroit to Cleveland, for example,” he said.

The U-M-Ford study, the first comprehensive sustainability assessment of VTOLs, looked at the energy use, greenhouse gas emissions and time savings of VTOLs compared to ground-based passenger cars. Although VTOLs produce zero emissions during flight, their batteries require electricity generated at power plants.

The researchers found that for trips of 100 kilometers (62 miles), a fully loaded VTOL carrying a pilot and three passengers had lower greenhouse gas emissions than ground-based cars with an average vehicle occupancy of 1.54. Emissions tied to the VTOL were 52 percent lower than gasoline vehicles and 6 percent lower than battery-electric vehicles. 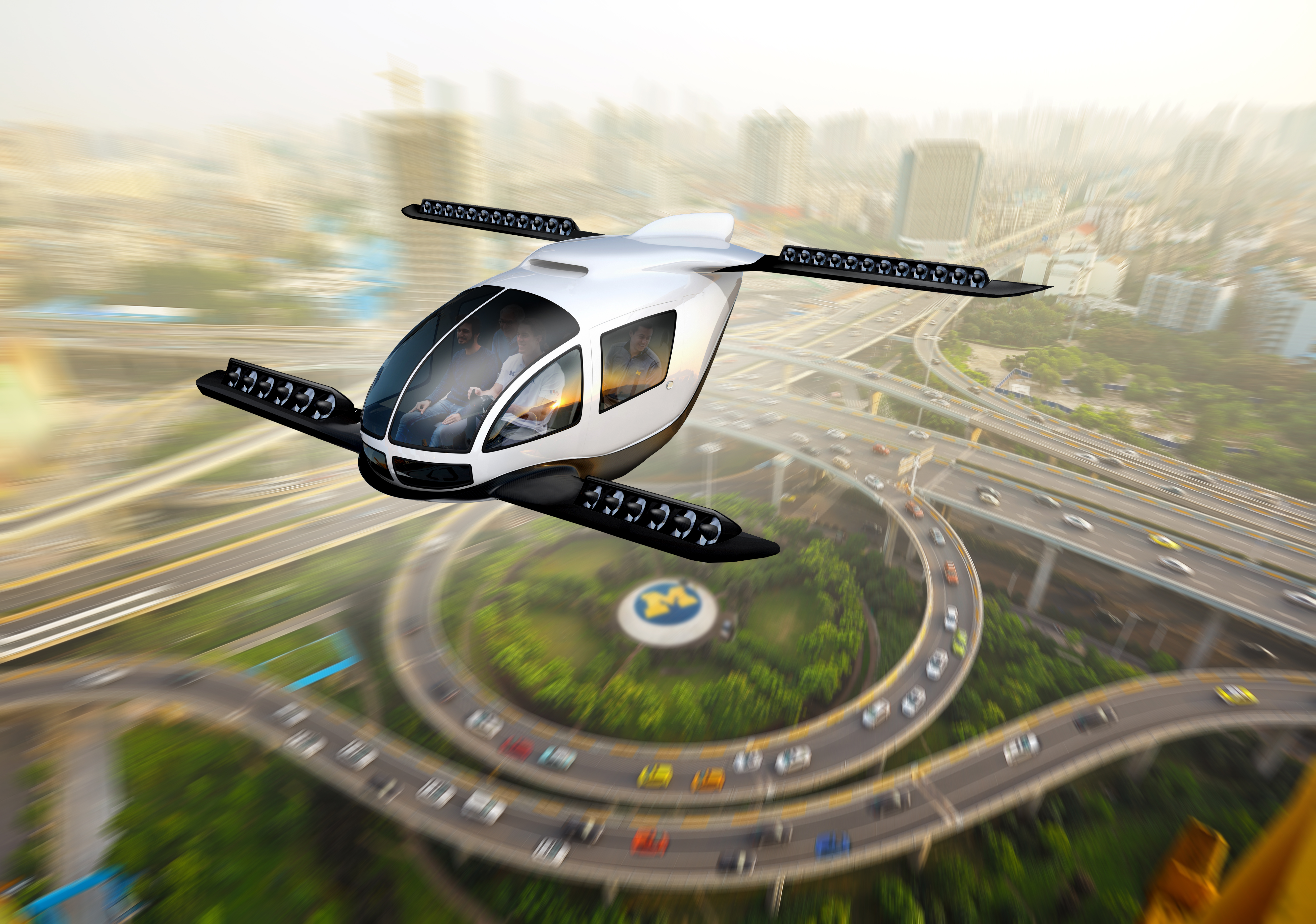 Artistic rendering of an electric vertical takeoff and landing taxi cruising through an urban center. Image credit: Dave Brenner/University of Michigan School for Environment and Sustainability. 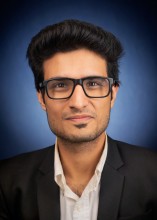 Akshat Kasliwal, first author of the study and a graduate student at the U-M School for Environment and Sustainability, said the findings can help guide the sustainable deployment of an emerging mobility system prior to its commercialization.

“With these VTOLs, there is an opportunity to mutually align the sustainability and business cases,” Kasliwal said. “Not only is high passenger occupancy better for emissions, it also favors the economics of flying cars. Further, consumers could be incentivized to share trips, given the significant time savings from flying versus driving.”

In the coming decades, the global transportation sector faces the challenge of meeting the growing demand for convenient passenger mobility while reducing congestion, improving safety and mitigating climate change.

Electric vehicles and automated driving may contribute to some of those goals but are limited by congestion on existing roadways. VTOLs could potentially overcome some of those limitations by enabling piloted taxi services or other urban and regional aerial travel services.

Several aerospace corporations and startup companies—Airbus, Boeing, Joby Aviation and Lilium, for example—and agencies such as NASA have developed VTOL prototypes. One critical efficiency enabler for these aircraft is distributed electric propulsion, or DEP, which involves the use of several small, electrically driven propulsors.

The U-M and Ford researchers used publicly available information from these sources and others to create a physics-based model that computes energy use and greenhouse gas emissions for electric VTOLs. 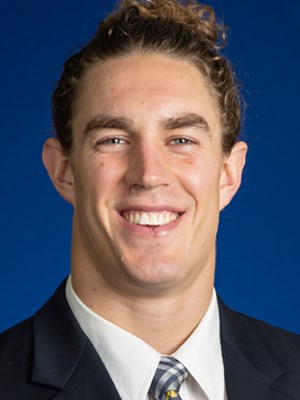 “Our model represents general trends in the VTOL space and uses parameters from multiple studies and aircraft designs to specify weight, lift-to-drag ratio and battery-specific energy,” said Noah Furbush, study co-author and a master’s student at the U-M College of Engineering.

“In addition, we conducted sensitivity analyses to explore the bounds of these parameters, alongside other factors such as grid carbon intensity and wind speed,” said Furbush, who is also a member of the U-M football team.

The study began while Kasliwal and Furbush were summer interns at Ford. The work continued when the students returned to Ann Arbor, with the help of a Ford-University of Michigan Alliance grant.

The researchers analyzed primary energy use and greenhouse gas emissions during the five phases of VTOL flight: takeoff hover, climb, cruise, descent and landing hover. These aircraft use a lot of energy during takeoff and climb but are relatively efficient during cruise phase, traveling at 150 mph. As a result, VTOLs are most energy efficient on long trips, when the cruise phase dominates the total flight miles.

“As a result, the trips where VTOLs are more sustainable than gasoline cars only make up a small fraction of total annual vehicle-miles traveled on the ground,” said study co-author Jim Gawron, a graduate student at the U-M School for Environment and Sustainability and the Ross School of Business. “Consequently, VTOLs will be limited in their contribution and role in a sustainable mobility system.”

Electrification of aircraft, in general, is expected to fundamentally change the aerospace industry in the near future.

“Electrification of aircraft, in general, is expected to fundamentally change the aerospace industry in the near future,” Furbush said.

The study’s authors note that many other questions need to be addressed to assess the viability of VTOLs, including cost, noise and societal and consumer acceptance.