A mother’s warmth is little comfort to spanked child 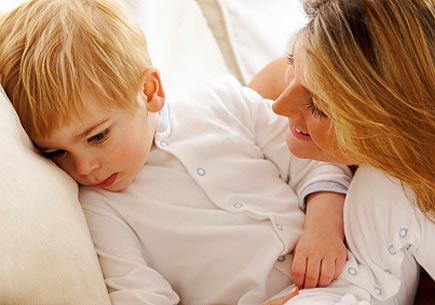 ANN ARBOR—A mother’s affection after she spanks her child does little to diminish the negative impact of the act, a new University of Michigan study finds.

“There is a common belief that spanking that occurs in a positive parent-child relationship will not be harmful to children,” said Shawna Lee, an assistant professor at the U-M School of Social Work.

“We were able to test that belief in this study. Spanking predicted worse, not better, child behavior over time, regardless of how warm mothers were with their children.”

Use of spanking is ineffective, and only further exacerbates aggressive child behaviors. Shawna Lee

More than 3,200 white, African American and Hispanic families in major cities participated in the study. Data was collected when children were ages 1, 3 and 5. Mothers disclosed how often spanking occurred and reported children’s aggressive behavior and their own warmth toward their children.

The findings, which appear in the recent issue of Developmental Psychology, reinforce the importance of adults avoiding the use of spanking.

“Use of spanking is ineffective, and only further exacerbates aggressive child behaviors,” Lee said.