ANN ARBOR—Biodiversity in tropical forest protected areas may be faring better than previously thought, according to a study released today in the scientific journal PLOS Biology.

The study, “Standardized Assessment of Biodiversity Trends in Tropical Forest Protected Areas: The End is Not in Sight,” was based on data gathered by researchers with the Tropical Ecology Assessment and Monitoring Network (TEAM), a coalition established in 2007 that includes Conservation International, the Wildlife Conservation Society and the Smithsonian Tropical Research Institute. 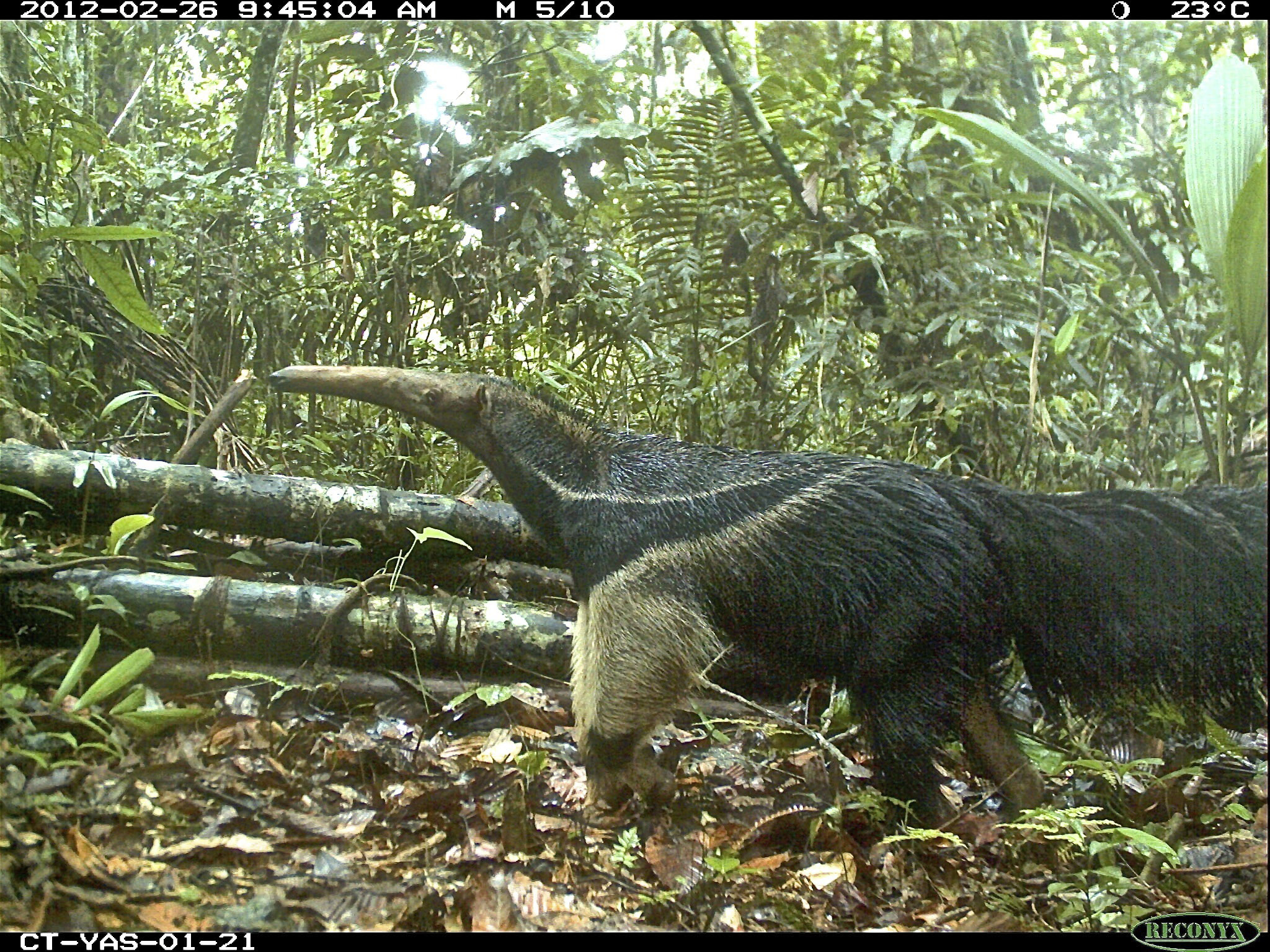 The results of this study verify the effectiveness of protected areas. Overall, the number and distribution of species in these areas did not decline during the timeframe of the study—strongly suggesting that biodiversity did not decline overall, despite other reports of intense species decline in tropical forest protected areas.

“Our results suggest that tropical forest protected areas are supporting stable communities of ground-dwelling mammals and birds, which is good news for conservation,” said Beaudrot, assistant professor in the Department of Ecology and Evolutionary Biology and a fellow in the Michigan Society of Fellows. “This is a surprising result because previous studies based on expert opinion have suggested that many tropical forest protected areas are failing.”

Before joining the U-M faculty in September 2015, Beaudrot worked nearly two years for TEAM, where she analyzed and synthesized data from the camera-trap project. 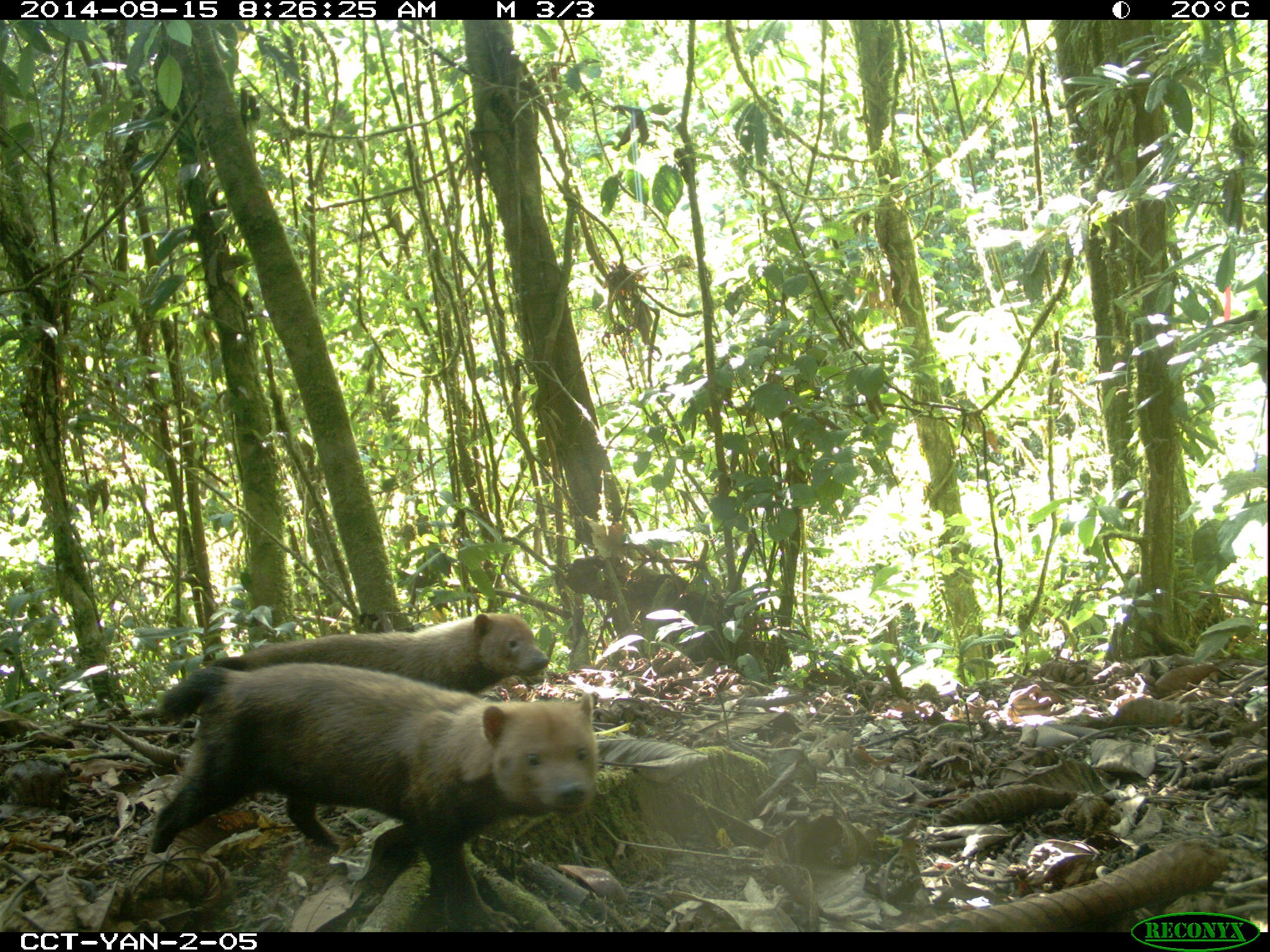 Two rarely-seen bush dogs (Speothos venaticus) are captured for the first time in Yanachaga–Chemillén National Park, Peru, by TEAM camera traps. Image credit: TEAM Network and Missouri Botanical Garden“At a time when environmental concerns are taking center stage, these results show that protected areas play an important role in maintaining biodiversity,” said Jorge Ahumada, executive director for the TEAM Network and a co-author of the study. “Our study reflects a more optimistic outlook about the effectiveness of protected areas.

“For the first time we are not relying on disparate data sources, but rather using primary data collected in a standardized way across a range of protected areas throughout the world. With this data we have created a public resource that can be used by governments or others in the conservation community to inform decisions.”

The researchers caution that wildlife losses could still be occurring in the protected areas that were studied. They observed declines in numerous populations, and many other populations were not captured enough on camera to make an informative assessment. This research does not speak for unprotected tropical forest areas, which may have higher rates of species decline due to differences in management and may be threatened by increased pressure from humans.

“Species loss is especially high in tropical regions where most species live and where biodiversity threats are severe,” U-M’s Beaudrot said. “Protected areas such as national parks are the cornerstone of species conservation, but whether protected areas really sustain animal populations and prevent extinction has been debated. This is particularly true for tropical areas, which are oftentimes understudied and for which there is a lack of high-quality data.” 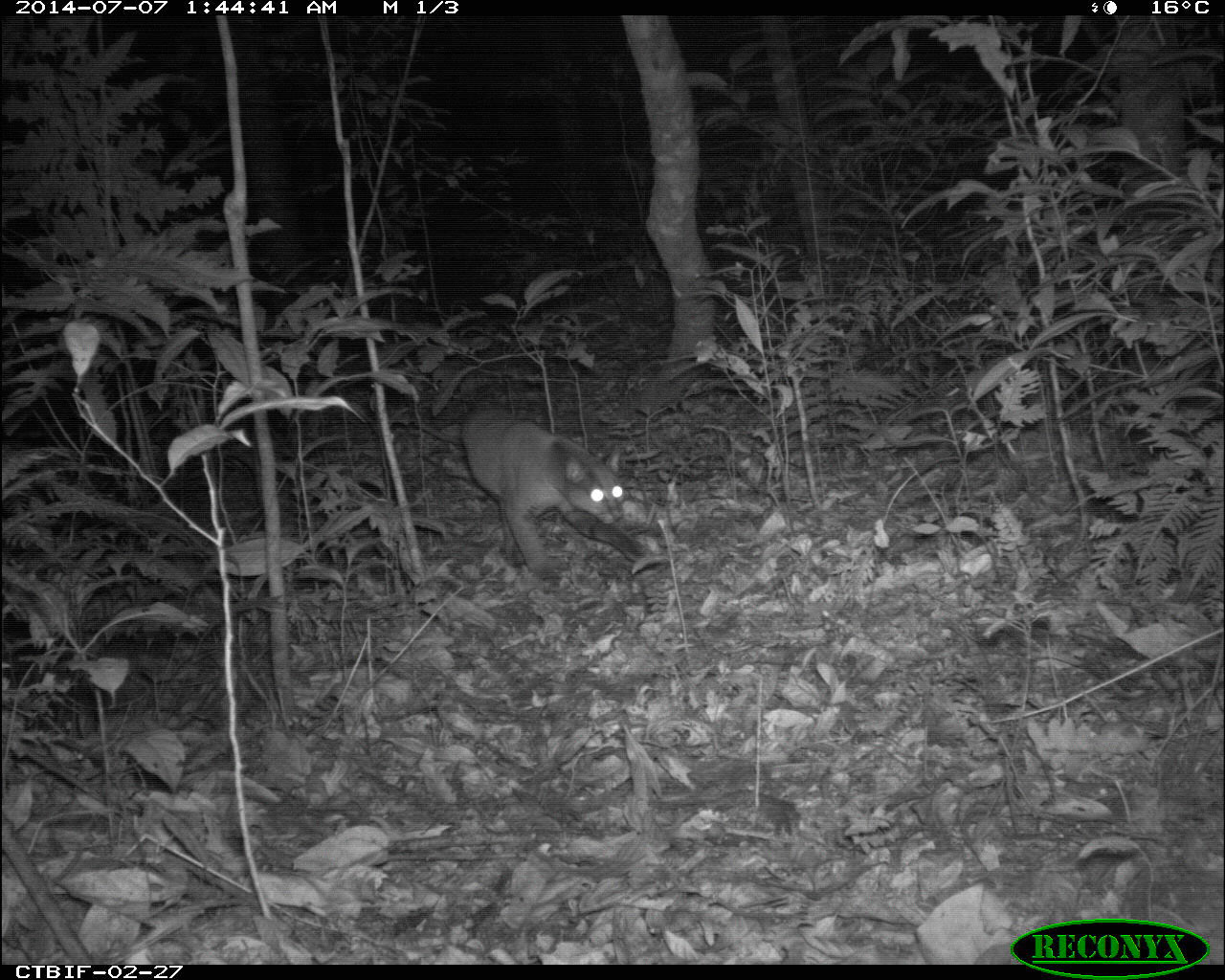 African golden cat (Caracal aurata). TEAM researchers saw an increase in sightings of this species when park managers in Bwindi Impenetrable Forest redirected tourist trails out of popular golden cat habitat. Image credit: TEAM Network and Wildlife Conservation SocietyThe data from the study is already being used to inform management of the protected areas TEAM monitors. In Uganda’s Bwindi Impenetrable Forest, TEAM identified a decline in the area occupied by the African golden cat, recognized as a vulnerable species by the International Union for Conservation of Nature. Park managers noticed that these locations were heavily trafficked by eco-tourists and redirected travelers to alternate trails. Since these management actions went into effect, there has been an increase in sightings of the African golden cat.

Monitoring animal populations and species diversity using TEAM’s standardized methods provides a first look at overall forest health and how the species in those forests are faring. The Wildlife Monitoring Solution developed by the TEAM Network enables scientists across the world to study rare species across large areas of forest of 100 square kilometers or more. TEAM hopes to extend this standardized approach to other geographic areas as a solution to measure changes in on-the-ground biodiversity and ecosystem health outcomes.

“It is very important for achieving global conservation targets that we continue to monitor these protected areas to determine their long-term success and optimal management strategies, and that we expand standardized monitoring into additional areas,” Beaudrot said.

Since 2007, TEAM has collected and made publicly available more than 2.5 million photos from camera traps in tropical forests across the planet. With support from Hewlett Packard Enterprise, formerly Hewlett Packard Co., the TEAM Network is now able to analyze this global data set in near real time and provide data-driven insights for improving natural resource management.