A record number of Americans viewed the 2017 solar eclipse 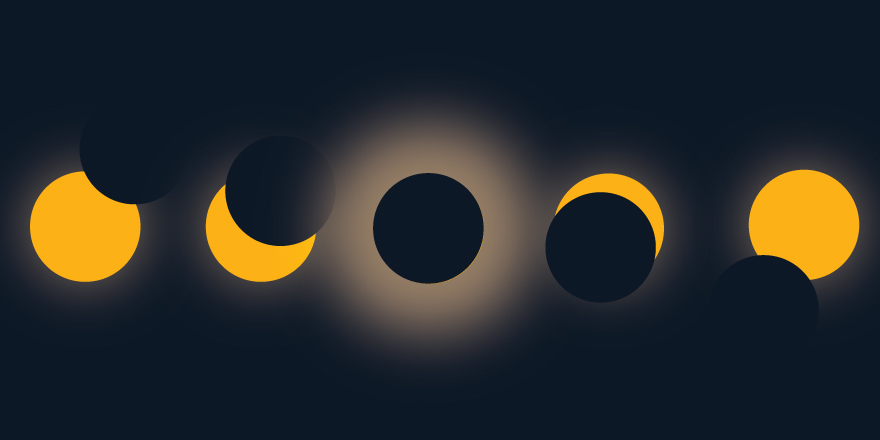 A national study of American adults conducted by the University of Michigan under a cooperative agreement with the National Aeronautics and Space Administration found that 154 million American adults watched the eclipse directly, using a combination of solar glasses designed to allow the direct viewing of the sun and various other devices —pin-hole viewers, for example. Approximately 20 million adults traveled from their home area to another area to be able to watch the solar eclipse, usually seeking a higher degree of totality.

“This level of public interest and engagement with a science-oriented event is unparalleled,” said Jon Miller, director of the International Center for the Advancement of Scientific Literacy at U-M’s Institute for Social Research.

This is the first coast-to-coast total solar eclipse to occur in nearly a century and the wide availability of television, the internet and smartphones alerted most adults to the event. Some individuals were not able to step outside and view the eclipse because of work or other obligations, and approximately 61 million American adults viewed the eclipse electronically.

Miller’s survey—beginning on the evening of the eclipse and continuing for a week after the event—found that most adults viewed the eclipse with their family, friends or co-workers. Only 3 percent viewed the eclipse as a part of an organized group. Miller noted that this was not unexpected since the eclipse occurred mid-day on a regular work day.

The eclipse was widely shared: One in three viewers took pictures or a video of the events and about half of those adults reported that they shared their pictures with others using social media, email and other electronic means.

The 2017 Michigan Scientific Literacy Study is based on a national probability sample of U.S. households from a U.S. Postal Service listing of all occupied households. The data were collected by AmeriSpeak, a panel service operated by the National Opinion Research Center at the University of Chicago. The February-March survey included online and telephone interviews with 2,834 adults age 18 and older, and 2,211 of the same adults responded to a follow-up survey in August immediately after the eclipse.

Miller noted that this was an initial report about the number of adults who viewed the eclipse and how they prepared for the eclipse event. A final follow-up survey of the same adults will be conducted in October and November of 2017 to assess how viewing the eclipse may have stimulated viewers to seek additional information about eclipses, the sun, the solar system and related astronomical information.