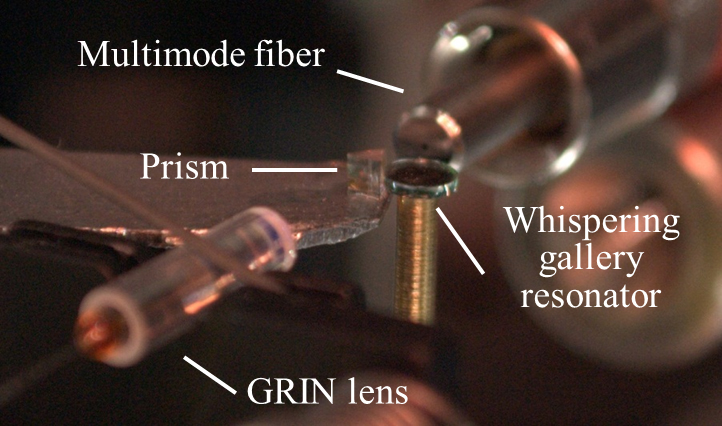 In the setup for this experiment, a telecommunication-compatible infrared beam is coupled to the whispering-gallery resonator through a diamond prism and the generated near-infrared, visible, and ultraviolet light are collected by a multi-mode fiber. Photo courtesy of Mona JarrahiANN ARBOR—Existing coherent ultraviolet light sources are power hungry, bulky and expensive. University of Michigan researchers have found a better way to build compact ultraviolet sources with low power consumption that could improve information storage, microscopy and chemical analysis.

A paper on the research is newly published in Optics Express. The research was led by Mona Jarrahi and Tal Carmon, assistant professors in the Department of Electrical Engineering and Computer Science. The experiment was performed by Jeremy Moore and Matthew Tomes, both graduate students in the same department.

The researchers have optimized a type of optical resonator to take an infrared signal from relatively cheap telecommunication-compatible lasers and, using a low-power, nonlinear process, boost it to a higher-energy ultraviolet beam.

Their optical resonator is a millimeter-scale disk with a precisely engineered shape and smooth surface polishing to encourage the input beam to gain power as it circulates inside the resonator. 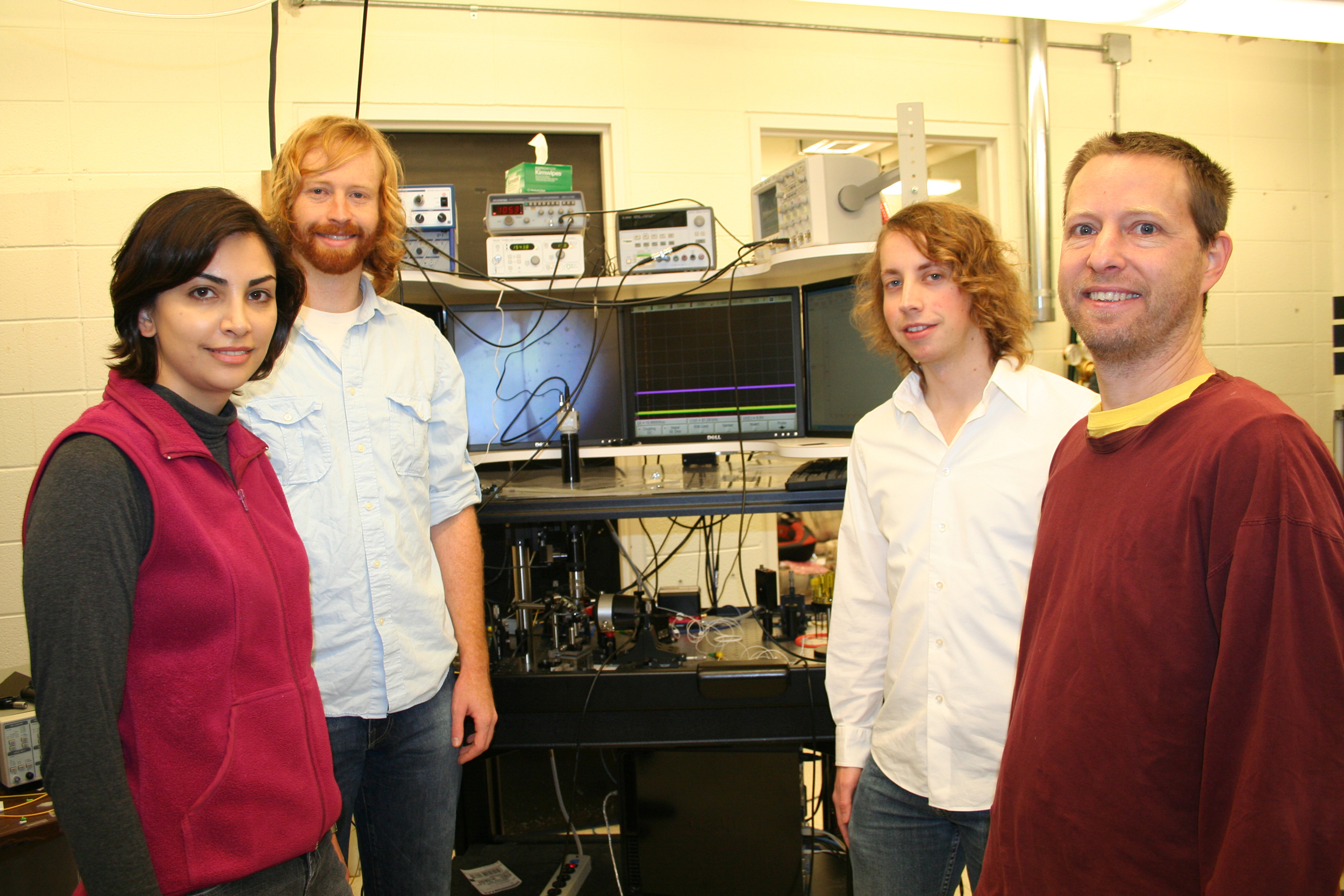 The researchers used their resonator to generate the fourth harmonic of the infrared beam they started with.

Like the harmonic distortions you get from new sound frequencies when you crank up a loudspeaker, engineers can generate harmonics of light by using the right materials. By pushing light beams through a nonlinear medium, they can coax out offshoot beams that are double, or in this case, quadruple the frequency and energy of the input beam, and one-quarter of the original wavelength.

Lasers get progressively more difficult to generate and more inefficient, as engineers aim for shorter wavelengths, the researchers said.

“As we go from green to blue, the efficiency of the laser goes down. Going to UV lasers is even harder,” Jarrahi said. “This principle was first suggested by Einstein and is the reason why green laser pointers do not actually contain a green laser. It is actually a red laser and its wavelength is divided by two to become green light.”

The paper is titled “Continuous-wave ultraviolet emission through fourth-harmonic generation in a whispering-gallery resonator.” The research was funded by the National Science Foundation and the Air Force Office of Scientific Research.